House Minority Leader Kevin McCarthy is facing widespread criticism within the Republican Party and conservative media over recently revealed comments in which he said he believed President Donald Trump should resign and wished that tech companies would suspend GOP representatives from their platforms.

“Tension is too high, the country is too crazy. I don’t want to look back and think we caused something or we missed something and someone got hurt,” McCarthy said. (RELATED: Gaetz: The Left ‘Lit Actual Flames’) 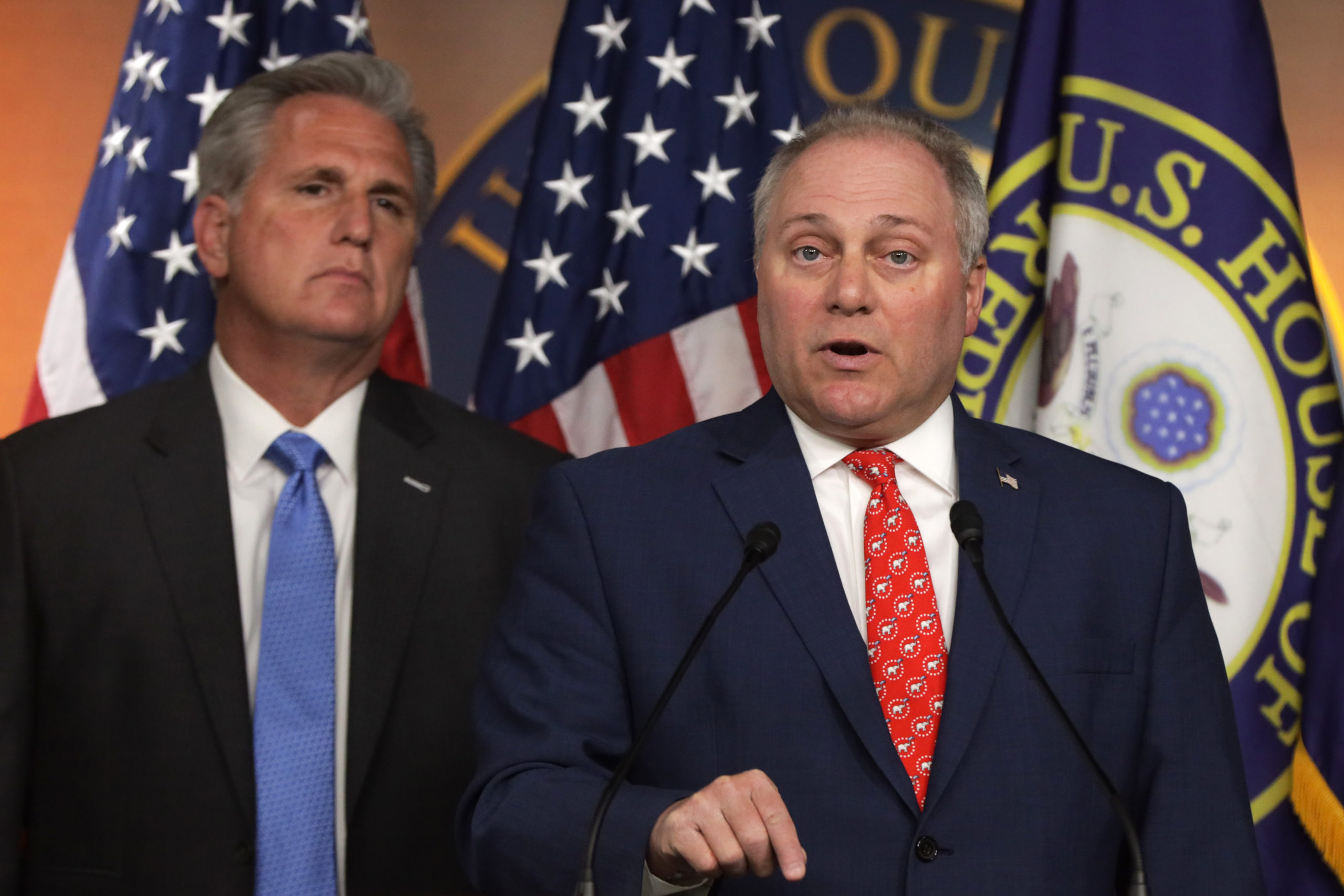 The GOP leader also floated stripping Brooks of his committee assignments, although he ultimately declined to do so. Brooks is running to replace Republican Sen. Richard Shelby.

Brooks declined to weigh in on McCarthy’s remarks, citing the fact that he will not be in the House of Representatives after the end of the current term.

Gaetz, on the other hand, has repeatedly ripped into McCarthy, while appearing to suggest that Ohio Rep. Jim Jordan should be Speaker of the House should Republicans take back the lower chamber.

Jordan “is the hardest working and most talented member of the Republican House Conference. And every member knows it,” he tweeted on Saturday.

.@jim_Jordan is the hardest working and most talented member of the Republican House Conference.

And every member knows it. https://t.co/VO7tQ4O9kW

During a Wednesday GOP conference meeting, in which McCarthy and Scalise attempted to defend their comments, Gaetz reportedly confronted Scalise on how his comments were “potentially illegal.”

Also during the meeting, Georgia Rep. Marjorie Taylor Greene called on McCarthy to apologize for his comments.

“We all need to be accountable for our words. I’ve had to do that before. And that we need to apologize when we say something wrong,” she said, adding that she was grateful for McCarthy’s support after she was banned from Twitter.

McCarthy’s office did not respond to the Daily Caller’s request for comment on the meeting. He reportedly received a standing ovation from attendees after calling for party unity and suggesting that the recordings did not capture the full extent of his remarks.

Although Gaetz and Arizona Rep. Andy Biggs have been critical of McCarthy, he may still ascend to the speakership. (RELATED: ‘Puppet Of The Democratic Party’: Tucker Carlson Trashes ‘MSNBC Contributor’ Kevin McCarthy)

Illinois Rep. Rodney Davis downplayed the comments as “inside baseball,” adding that he “can’t wait till Speaker McCarthy is sworn in.”

If McCarthy maintains his perch atop the House GOP, despite the round of leaks, it will likely be in large part due to his prodigious fundraising. His joint fundraising committee, Take Back the House 2022, has raised more than $65 million and distributed nearly $58 million to House Republicans. Take Back the House 2022 has raised the second-most money of all joint fundraising committees, and donated the most to Republican members of Congress, according to OpenSecrets.