Former President Donald Trump is reportedly considering New York Republican Rep. Elise Stefanik to be his vice presidential nominee, should he make another run for the White House in 2024, multiple GOP sources familiar with the matter told CNN.

Trump’s inner circle has allegedly begun to talk about Stefanik, the third-ranking Republican in the House and chair of the House Republican Conference (HRC), potentially joining the ticket, in part due to the belief he would benefit from selecting a woman, CNN reported.

“There is a part of Trump who thinks he needs a female VP. He definitely likes her, likely because of how effusive she is to him,” a Trump advisor told CNN.

Two of the sources said Trump has been asking friends and allies for their thoughts on Stefanik, believing she has shed her former moderate persona and become a prominent figure in the MAGA-wing of the party. (RELATED: EXCLUSIVE: House Republican Conference Chair Elise Stefanik Details Her Efforts To Have Liz Cheney Removed From Leadership)

“President Trump thinks very highly of Elise Stefanik,” Chris Ruddy, a longtime friend of Trump, told the outlet. “She has been talked about in circles close to him as a potential vice presidential.” 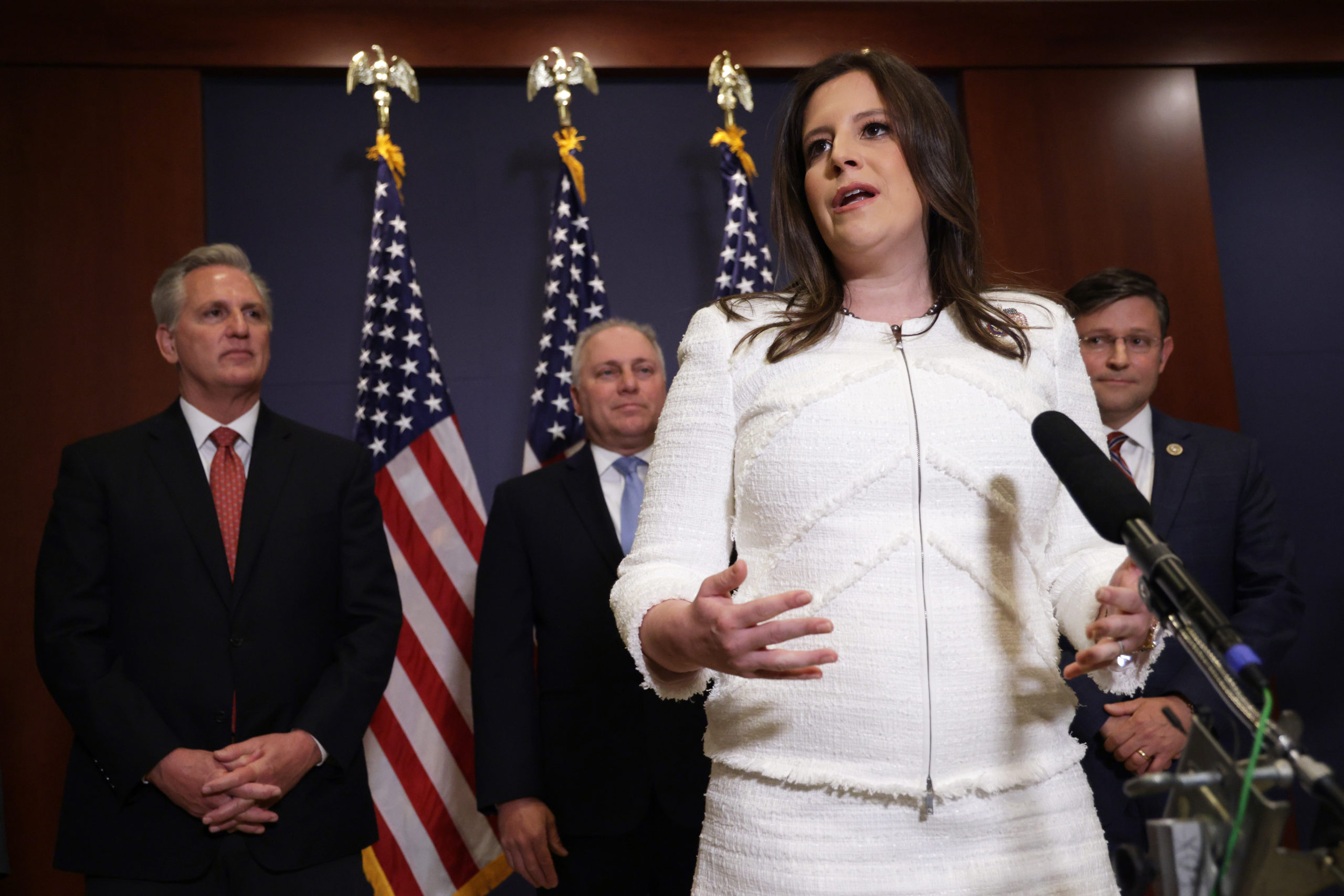 Stefanik replaced Wyoming Rep. Liz Cheney as the chair of the House Republican Conference after the latter was voted out of the position. Cheney became a fierce critic of Trump in the aftermath of the Jan. 6 Capitol Hill riot.

“Congresswoman Stefanik is 100% focused on serving New York’s 21st Congressional District and as House Republican Conference Chair helping lead the efforts to take back the House in 2022 to fire Nancy Pelosi once and for all to save America,” Alex DeGrasse, a senior adviser to Stefanik, told The Daily Caller News Foundation in a statement.

Former Vice President Mike Pence has not ruled out a 2024 presidential run of his own, which Trump said he “wouldn’t be concerned” about.

“People are very disappointed in Mike, and if he ran, I don’t think that would be a problem,” Trump said in a Tuesday interview with Fox News.

Representatives for Trump did not immediately respond to TheDCNF’s request for comment.