MSNBC is reportedly working on a new documentary, “Periodical,” which is all about women’s menstruation, including segments featuring period-blood facials and “free” bleeding while running marathons.

The documentary, which is currently slated for a 2023 release on MSNBC before it heads off to the streaming service Peacock, will feature a number of stories told from doctors, journalists, activists, authors and even a few recognizable names like soccer superstar Megan Rapinoe and Gloria Steinem, according to a report from The Hollywood Reporter.

As for the content the documentary will include, a description for “Periodical” says the film “covers everything from the people who use their period blood for facials and ‘free bleed’ while running marathons, to the ones who want to forget it exists. The film uncovers the shocking truths, challenges taboos and celebrates the untapped potential of this nutrient-dense blood,” according to The Hollywood Reporter.

Amanda Spain, one of the executive producers of the project, said that the female body has become one of the most political things in the country, noting that it has become a topic of great debate, according to the outlet. (RELATED: Oregon Education Department Mandates That School Put Period Products In Boys And Girls Bathrooms)

“Too many institutions and societal forces have told us for centuries that periods are dirty and taboo, and this documentary exposes that fallacy while bringing light to what’s beautiful and mysterious about the human body,” Spain said.

This isn’t the first time that women’s menstrual cycles have come up in the news.

Democratic New York Rep. Alexandria Ocasio-Cortez took a lot of heat for making a comment in which she referred to biological women as “menstruating people,” according to The Daily Wire. 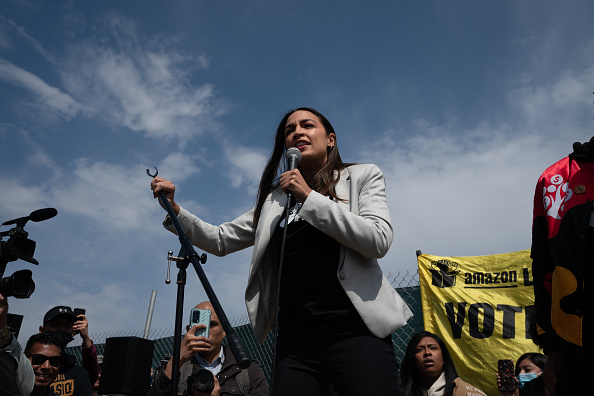 “Not just women! Trans men & non-binary people can also menstruate. Some women also *don’t* menstruate for many reasons, including surviving cancer that required a hysterectomy. GOP mad at this are protecting the patriarchal idea that women are most valuable as uterus holders,” Ocasio-Cortez said, according to The Daily Wire.

People can stay mad about that if they want, or they can grow up ✌🏽🏳️‍🌈 🏳️‍⚧️

Other documentary films slated to be released by MSNBC Films includes “Civil War” along with “Four Seasons Total Documentary,” according to The Hollywood Reporter.