A pipeline fire was recorded six miles north of Flagstaff, Arizona, on June 12 at 10:15 a.m. and grew to a size of 5,000 acres later that day, the Coconino County Sheriff’s office reports.

The initially 1,500-acre-wide fire spread rapidly into all directions throughout the day due to strong winds. There are currently 270 on-site helpers, including eight air tanks, five helicopters, and nine different crews, according to the Sheriff’s press release. (RELATED: Arizona Governor Doug Ducey Calls For Legislative Session To Combat Massive Wildfires) 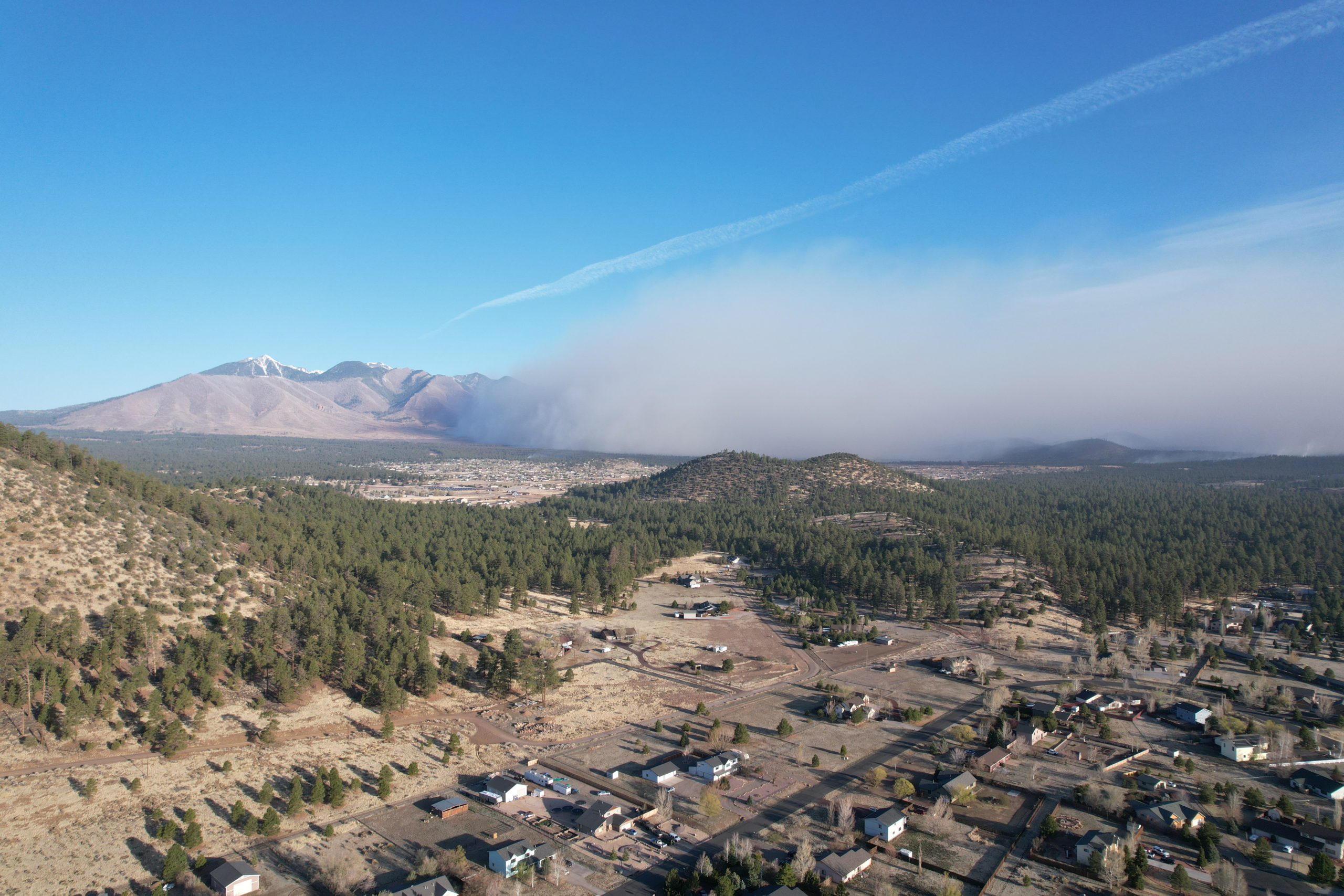 Smoke travels from a wildfire at Doney Park near Flagstaff, Arizona, U.S., April 20, 2022 in this image obtained from social media. (Zak Pressley via REUTERS)

Immediate evacuation orders have been issued for three larger areas, another two are subject of SET status, meaning the area is in immediate danger and residents should make preparations to leave. All county residents should be prepared to evacuate if necessary.

The cause remains unknown to the public, but a 57-year-old male was taken in as suspect in connection to the fire. He was seen on site and is charged with natural resource violations, according to the sheriff’s office.