A college student will receive a massive settlement from his school after it tried to silence him from speaking about his faith, according to a Wednesday press release from Alliance Defending Freedom.

Georgia Gwinnett College settled with Chike Uzuegbunam for $800,000 six years after the lawsuit was first filed, which alleged that the school repeatedly denied him the right to speak about his Christian faith to other students, the press release said. (RELATED: Over Half Of Colleges Encourage Students To Snitch On Each Other: REPORT)

The college told Uzuegbunam he had to use the free speech zones on campus with permission from the college in order to speak about his faith, the lawsuit stated. After acquiring one of the zones, Uzuegbunam was asked by the college to stop because he had prompted complaints and the college wished to appease students “who were or might be offended by his expression.”

“Chike Uzuegbunam’s case and this settlement illustrate the priceless nature of our constitutional rights,” Travis Barham, senior counsel at Alliance Defending Freedom told The Daily Caller News Foundation. “With this settlement, not only has the College’s dodging finally ended, and not only has Chike received the justice he has long deserved, but other colleges and universities are on notice that if they violate their students’ liberties, they can expect consequences.” 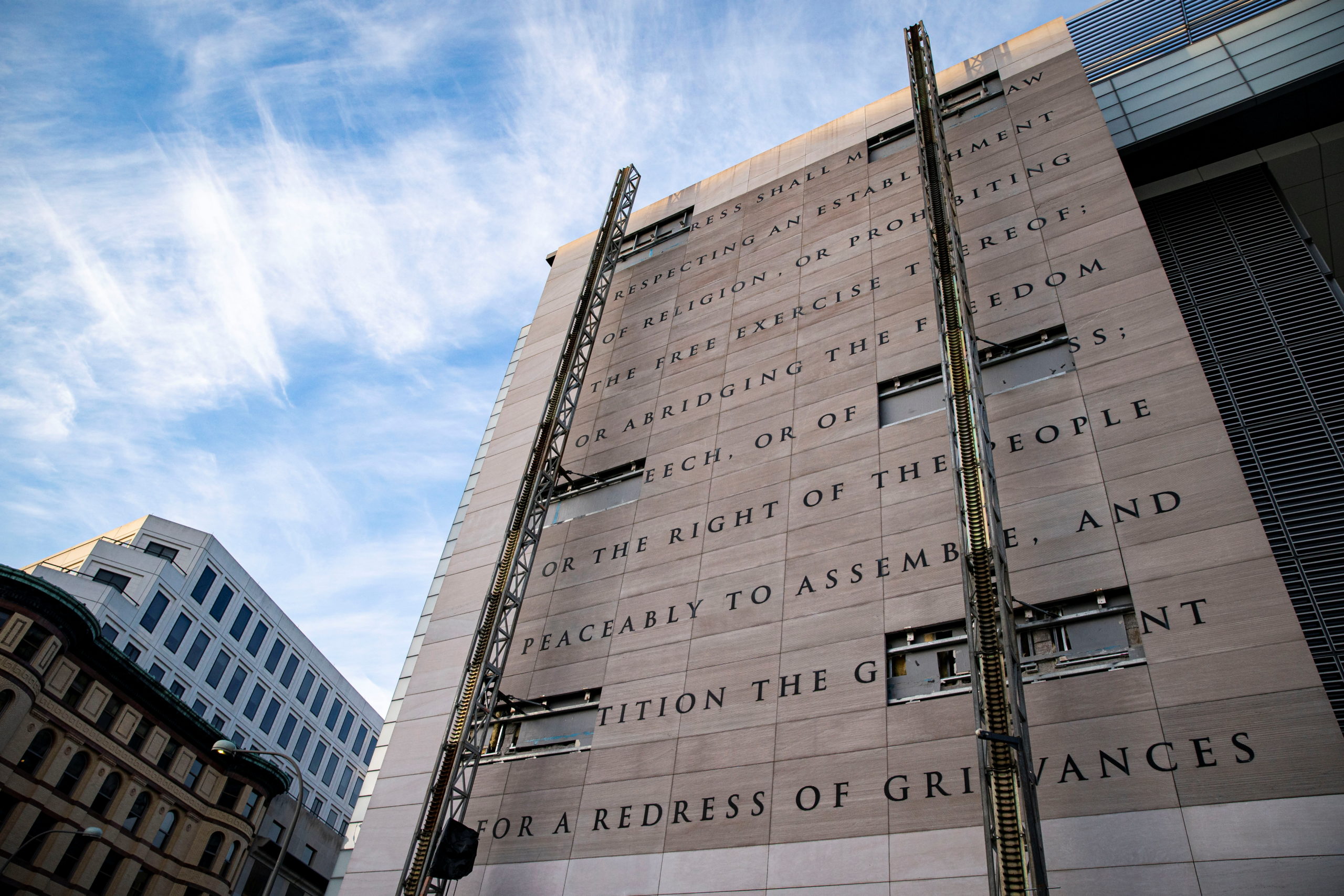 A wall stating the First Amendment of the U.S. Constitution is seen on the recently closed Newseum, in Washington, D.C. Feb. 21, 2021. REUTERS/Al Drago

Georgia Gwinnett College did not immediately respond to TheDCNF’s request for comment. Chike Uzuegbunam could not be reached for comment.