Moscow councillor Alexei Gorinov was sentenced to seven years in a penal colony Friday for criticizing the Russian war with Ukraine.

The 60-year-old allegedly abused his political position by “disseminating clearly false information” about the Russian military and demonstrating a motive of political hatred, Judge Olesya Mendeleyeva said, Euronews reported. Around 138 individuals are currently being prosecuted in Russia for anti-war statements, according to Meduza, an independent news source from Lativa.

Russian penal colonies are modern labor camps where inmates live in tough conditions and take part in forced labor, according to UnHerd, a magazine based in the UK. Russian opposition leader Alexei Navalny is also currently serving time in one of these centers, German magazine Deutsche Welle (DW) reported. 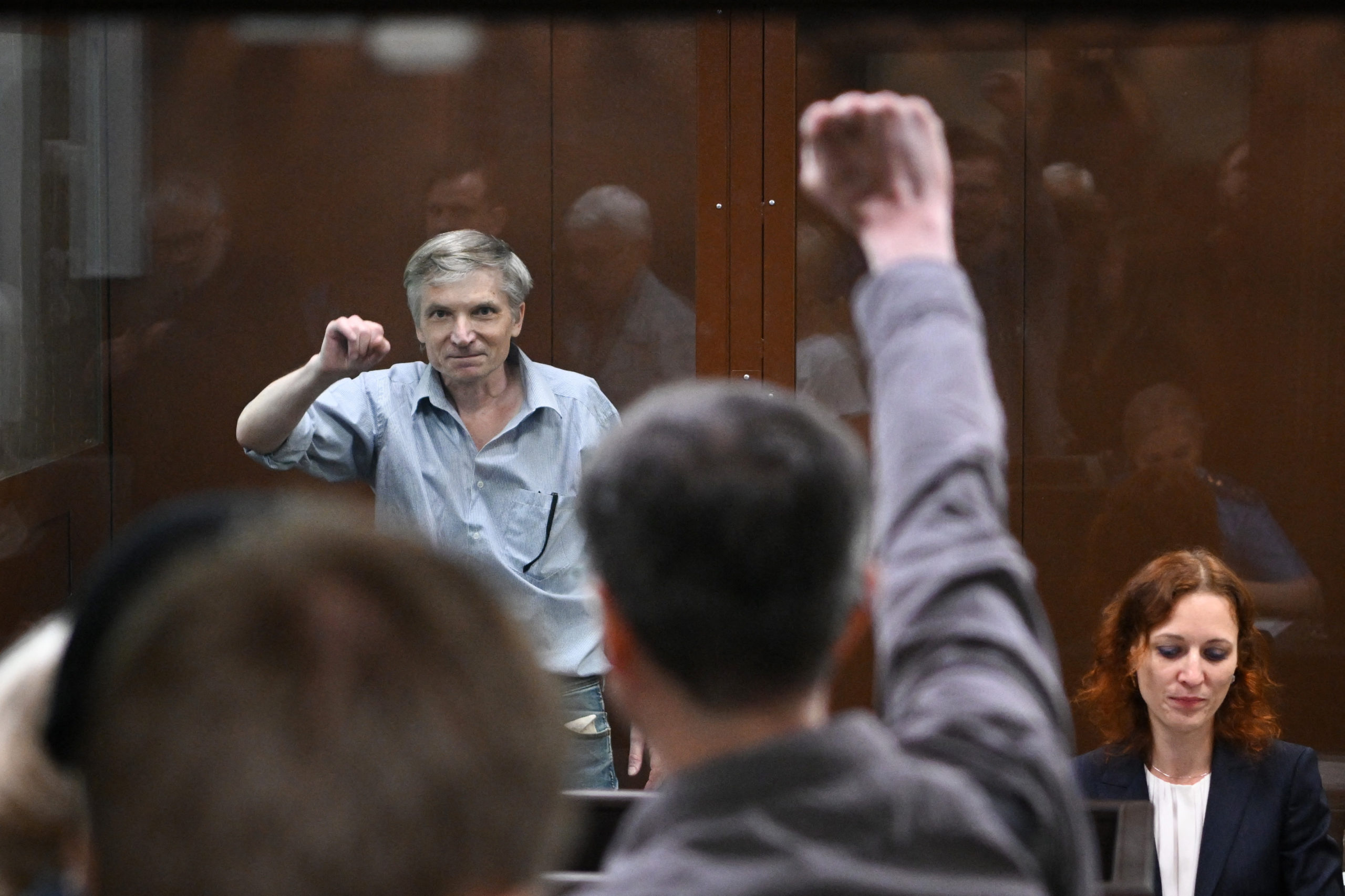 Moscow city deputy Alexei Gorinov, accused of spreading “false information” about the Russian army, gestures inside a glass cell during a hearing in his trial at a courthouse in Moscow on June 21, 2022. (Photo by NATALIA KOLESNIKOVA/AFP via Getty Images)

The city councillor was prosecuted for speaking up against Putin’s “war” against Ukraine in a local assembly March 15, Euronews reported. The city of Moscow had proposed an art contest for Children’s Day, but Gorinov opposed the idea, arguing that children were suffering close by in Ukraine, according to Euronews. (RELATED: New Trial For Putin Opposition Figure Alexei Navalny Could Add Over A Decade Of Prison Time)

“How can we talk about a children’s drawing contest for Children’s Day, or organizing dance recitals for Victory Day when there are children dying every day?” Gorniov said in a meeting with his colleagues, according to Meduza. “I believe that all of the efforts of our civil society should be directed exclusively at stopping the war and getting the Russian troops out of Ukraine.”

Gorinov is the first elected member of the opposition to be sentenced under a new law that came into effect in March, targeting statements regarding the Ukraine war. The law bans the words “war” and “invasion” from speech altogether, according to USA Today.

Any citizen accused of “discrediting” the military can face fines and up to three years of incarceration. If the action was committed by a public official or out of specific motives, the possible prison time increases to ten years. The highest possible sentence is 15 years and applies if the citizen’s actions caused severe consequences, according to Meduza. (RELATED: Russia Will Restrict Access To Facebook Over Alleged ‘Censorship’)

Gorinov held up a sign in court reading, “You still need this war?” the Moscow Times reported. The audience in the courtroom got expelled after applauding the defendant.