The U.S. Secret Service deleted text messages sent on Jan. 5 and 6 that were later sought by investigators, according to a letter the Department of Homeland Security Inspector General’s (DHS IG) office sent to the House select committee investigating the Jan. 6 Capitol riot.

The letter, which was also sent to the House and Senate Homeland Security Committees, stated that the messages were deleted after the DHS IG requested them, according to CNN. The deletions occurred during the agency’s device-replacement program, the letter said. (RELATED: EXCLUSIVE: Text Messages Show Cassidy Hutchinson Referring To January 6 Committee As ‘BS’)

“First, the Department notified us that many US Secret Service text messages from January 5 and 6, 2021, were erased as part of a device-replacement program. The USSS erased those text messages after OIG requested records of electronic communications from the USSS, as part of our evaluation of events at the Capitol on January 6,” the letter from DHS IG Joseph Cuffari read.

“Second, DHS personnel have repeatedly told OIG inspectors that they were not permitted to provide records directly to OIG and that such records had to first undergo review by DHS attorneys. This review led to weeks-long delays in OIG obtaining records and created confusion over whether all records had been produced,” the letter added. 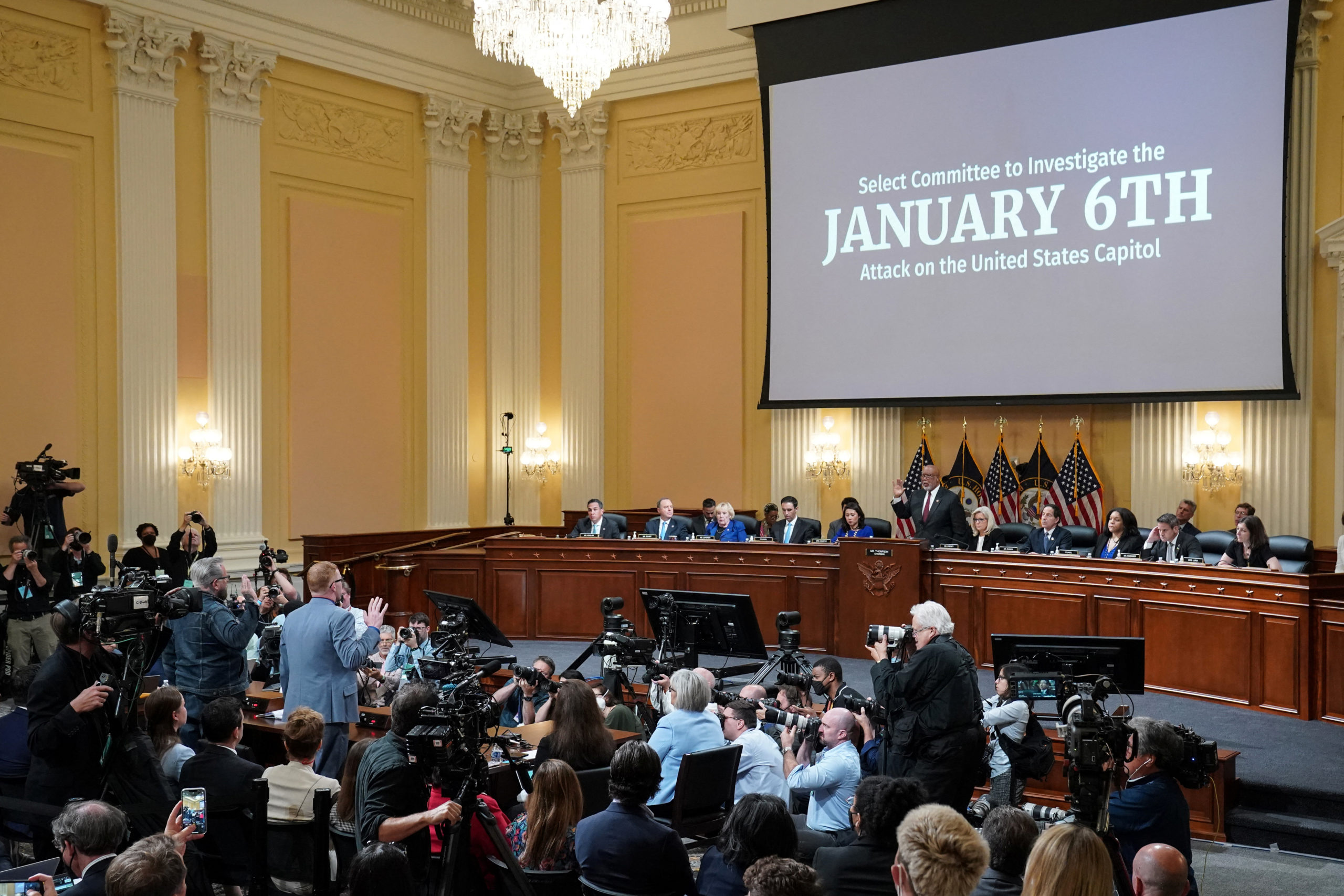 Jason Van Tatenhove, a former spokesperson for the Oath Keepers, and Stephen Ayres, who was a participant in the January 6 attack, are sworn in to testify before the U.S. House Select Committee to investigate the January 6 Attack on the U.S. Capitol, on Capitol Hill in Washington, U.S., July 12, 2022. REUTERS/Sarah Silbiger

But the Secret Service claimed that the deletions happened during routine procedures, U.S. Secret Service Chief of Communication Anthony Guglielmi told the Daily Caller News Foundation, adding that the Inspector General’s claims that the agency wasn’t cooperating with the probe are “neither correct nor new.”

“To the contrary, DHS OIG has previously alleged that its employees were not granted appropriate and timely access to materials due to attorney review. DHS has repeatedly and publicly debunked this allegation, including in response to OIG’s last two semi-annual reports to Congress. It is unclear why OIG is raising this issue again,” Guglielmi told the DCNF.

“The insinuation that the Secret Service maliciously deleted text messages following a request is false. In fact, the Secret Service has been fully cooperating with the Department of Homeland Security Office of Inspector General (DHS OIG) in every respect – whether it be interviews, documents, emails, or texts,” he added.

Guglielmi said the agency began resetting its cell phones to factory settings before the Inspector General’s office began an inspection “as part of a pre-planned, three-month system migration,” where data was lost.

“DHS OIG requested electronic communications for the first time on Feb. 26, 2021, after the migration was well under way. The Secret Service notified DHS OIG of the loss of certain phones’ data, but confirmed to OIG that none of the texts it was seeking had been lost in the migration,” Guglielmi said.

The chairman of both the House Homeland Security Committee and the House Select Committee investigating Jan. 6, Democratic Rep. Bennie Thompson of Mississippi, said the committee will receive a briefing on the “extraordinarily troubling destruction of records and respond accordingly,” according to CNN.