The U.S. Department of State is spending up to $100,000 in taxpayer dollars to aid a non-governmental organization (NGO) or nonprofit in flying in Africans to teach and train them how to “combat disinformation and deceptive news,” according to a federal grant listing reviewed by the Daily Caller News Foundation.

A U.S.-based NGO or nonprofit will receive the funds and be tasked with bringing “current” or “rising leaders” in the country of Cameroon to the U.S., according to the grant listing. The group will design and implement a 10 day “Countering Disinformation Exchange Program” for Cameroonian delegates that the U.S. Embassy in Cameroon selects.

The delegate participants in the government-funded program are intended to be 25 to 40 years old, the grant listing says. Delegates should be those who are “influential” in Cameroon and will come from “media, academia, civil society, and the government.” (RELATED: EXCLUSIVE: State Department Prepares To Announce Worldwide Racial Equity Chief, Leaked Email Shows)

“The rapid spread of sophisticated ‘fake news’ and large-scale disinformation campaigns are major challenges for many countries in Africa, including Cameroon,” an embassy spokesperson told the DCNF. “The Cameroonian participants would explore the role of government agencies, NGOs, academia, and traditional and social media in the fight against the proliferation of deceptive media and the dissemination of disinformation.”

It is unclear what exactly the U.S. program leaders for the grant will describe as “disinformation” to the African participants. The U.S. Embassy in Cameroon did not clarify if certain news outlets will be communicated to the Africans as pushing “misinformation.” 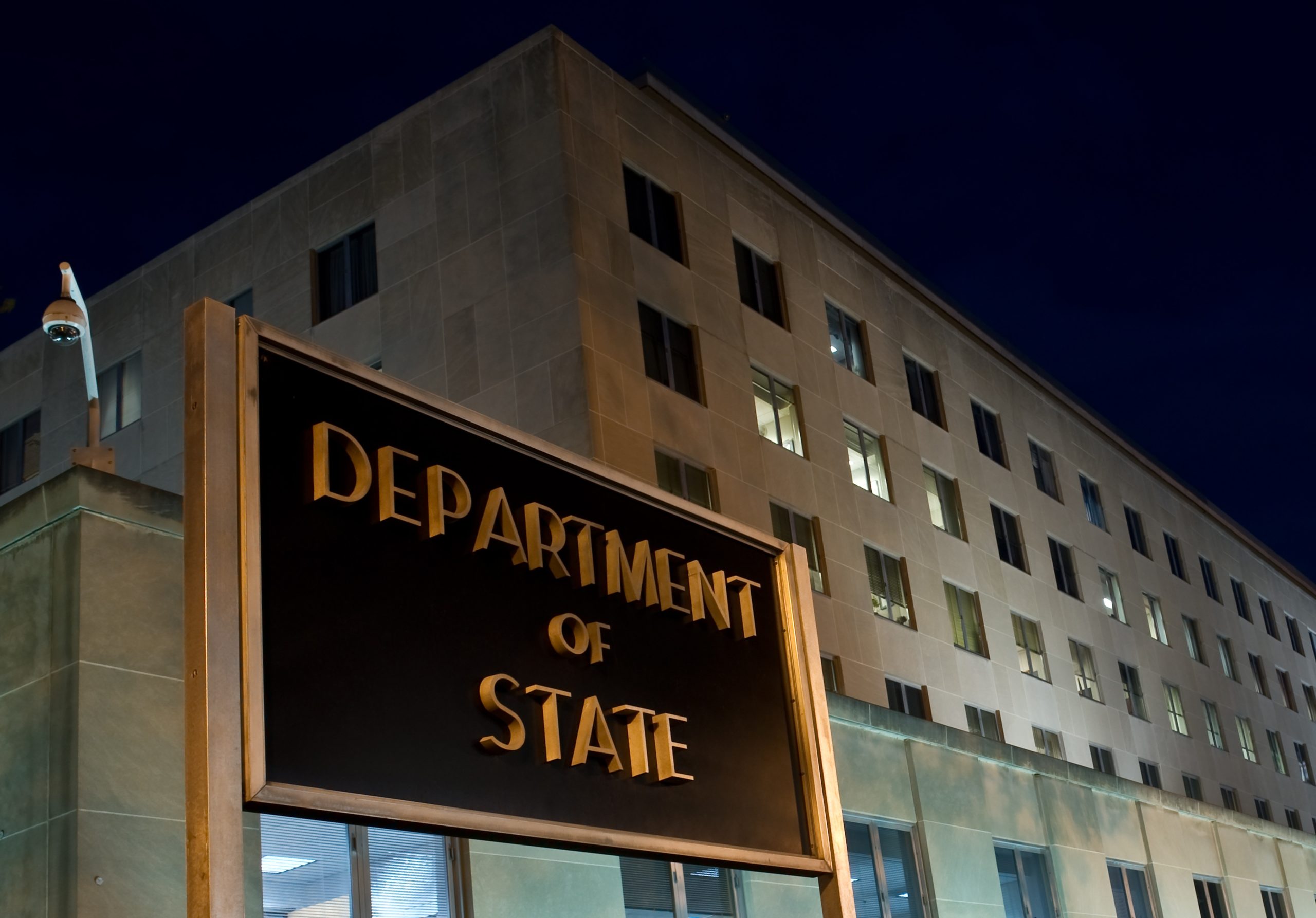 The US State Department is seen on November 29, 2010 in Washington, DC. Top US diplomat Hillary Clinton accused WikiLeaks of an “attack” on the world, as key American allies were left red-faced by embarrassing revelations in a vast trove of leaked memos. In a lengthy statement, the secretary of state attempted damage limitation as she told reporters the United States “deeply regrets” the release of the 250,000 diplomatic cables, all apparently from the State Department. AFP PHOTO / Nicholas KAMM (Photo credit should read NICHOLAS KAMM/AFP via Getty Images)

The state department’s grant award derives from Smith Mundt Public Diplomacy Funds. Congress passed the Smith-Mundt Act in 1948 — which authorized programs “to promote the better understanding of the United States among the peoples of the world and to strengthen cooperative international relations.”

The Biden administration’s “disinformation” grant comes after the Department of Homeland Security (DHS) put a pause on its disinformation board after widespread criticism. Nina Jankowicz, who was set to lead the board, faced backlash for pushing disinformation herself and later resigned.

Groups have until Aug. 28 to apply for the grant, the June 29 listing says. The Department of State did not respond to a request for comment.