Sen. Michael Bennet released a campaign ad depicting him fly fishing in outdoor gear. However, the Colorado Democrat reportedly obtained a 24-hour fishing license to shoot the ad — according to Axios — raising questions about his everyday outdoorsman persona on the river.

“I’m Michael Bennet, I approve this message,” the senator says in the 30-second ad, which is titled “Reel Focused” and came out on Aug. 1. “And I caught that fish.” (RELATED: Nevada Congressional Candidate Parodies ‘The Hangover’ And Features A Live Tiger In Wild New Ad)

Bennet’s campaign provided documents to Axios on the fishing license for a day on the Arkansas River, which flows through Colorado, the outlet reported. The senator released a prior ad on July 21 called “Common Sense” that also depicted him as an outdoorsman hiking in the mountains. 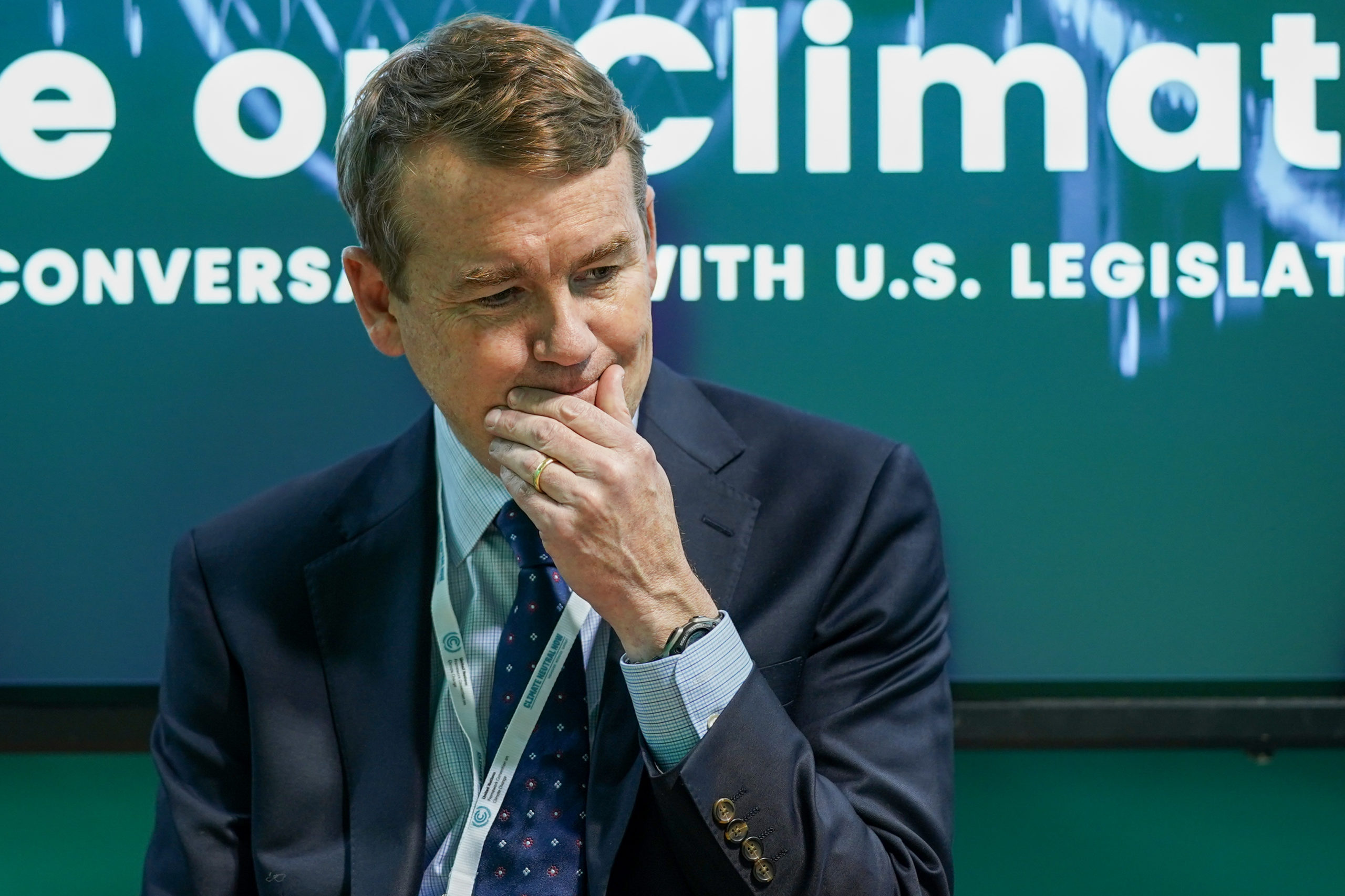 GLASGOW, SCOTLAND – NOVEMBER 06: United States Senator from Colorado, Michael Bennet speaks at an Atlantic Council event on day seven of the COP26 at SECC on November 06, 2021 in Glasgow, Scotland. Today COP26 will focus on ensuring the importance of nature and sustainable land use are part of global action on climate change and a clean, green recovery. The 2021 climate summit in Glasgow is the 26th “Conference of the Parties” and represents a gathering of all the countries signed on to the U.N. Framework Convention on Climate Change and the Paris Climate Agreement. The aim of this year’s conference is to commit countries to net-zero carbon emissions by 2050. (Photo by Ian Forsyth/Getty Images)

Bennet, who has a net worth of up to $31 million, according to a financial disclosure, appeared in the ad with a man named Greg Felt. Felt, who is strictly cited as a fly fishing guide, is also a commissioner in Chaffee County, Colorado, that was appointed by Democratic Colorado Gov. Jared Polis to the Colorado Water Conservation Board.

Bennet’s fishing ad comes on the heels of a Washington Free Beacon report on him purportedly misleading voters about “not taking a dime in corporate PAC money.” Bennet’s campaign raked in over $60,000 last quarter from PACs that have accepted corporate PAC money, the outlet reported.

Bennet will “likely” retain his Senate seat, according to Politico.

Bennet’s campaign did not respond to a request for comment.