An Oregon bar advertised an 11-year-old drag performer as part of an upcoming drag brunch event in a Monday Facebook post.

Old Nick’s Pub in Eugene, Oregon, is hosting the child drag performer, along with several adult performers, for its “story time” brunch Sunday. The event announcement included several pictures of the child in heavy makeup, false eyelashes, wigs and costumes. 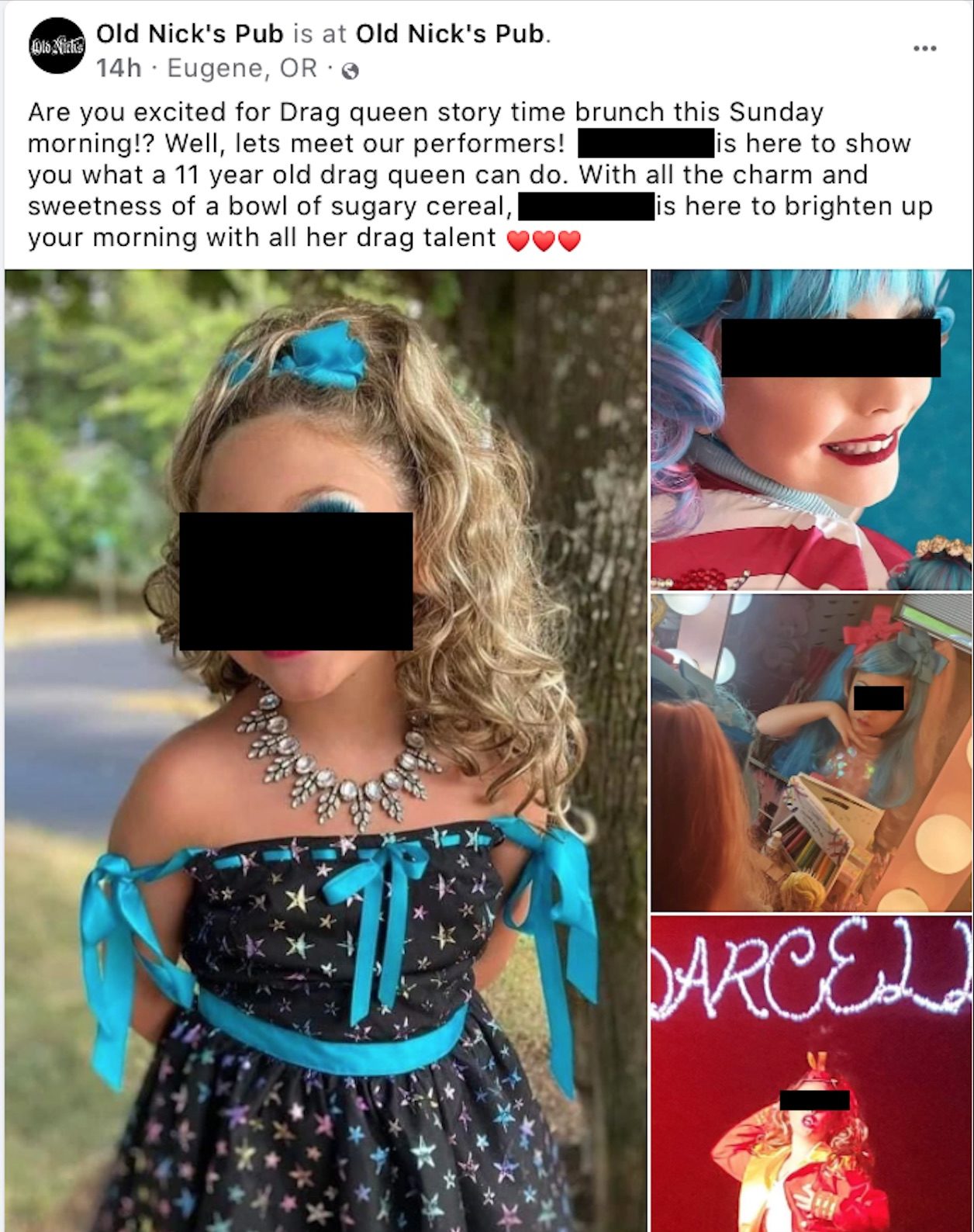 The bar’s Facebook’s post said the underage performer “is here to show you what a 11 year old drag queen can do.”

“With all the charm and sweetness of a bowl of sugary cereal,” the child “is here to brighten up your morning with all her drag talent,” the post read. (RELATED: Michigan Bill Would Classify Gender Transitions As First-Degree Child Abuse) 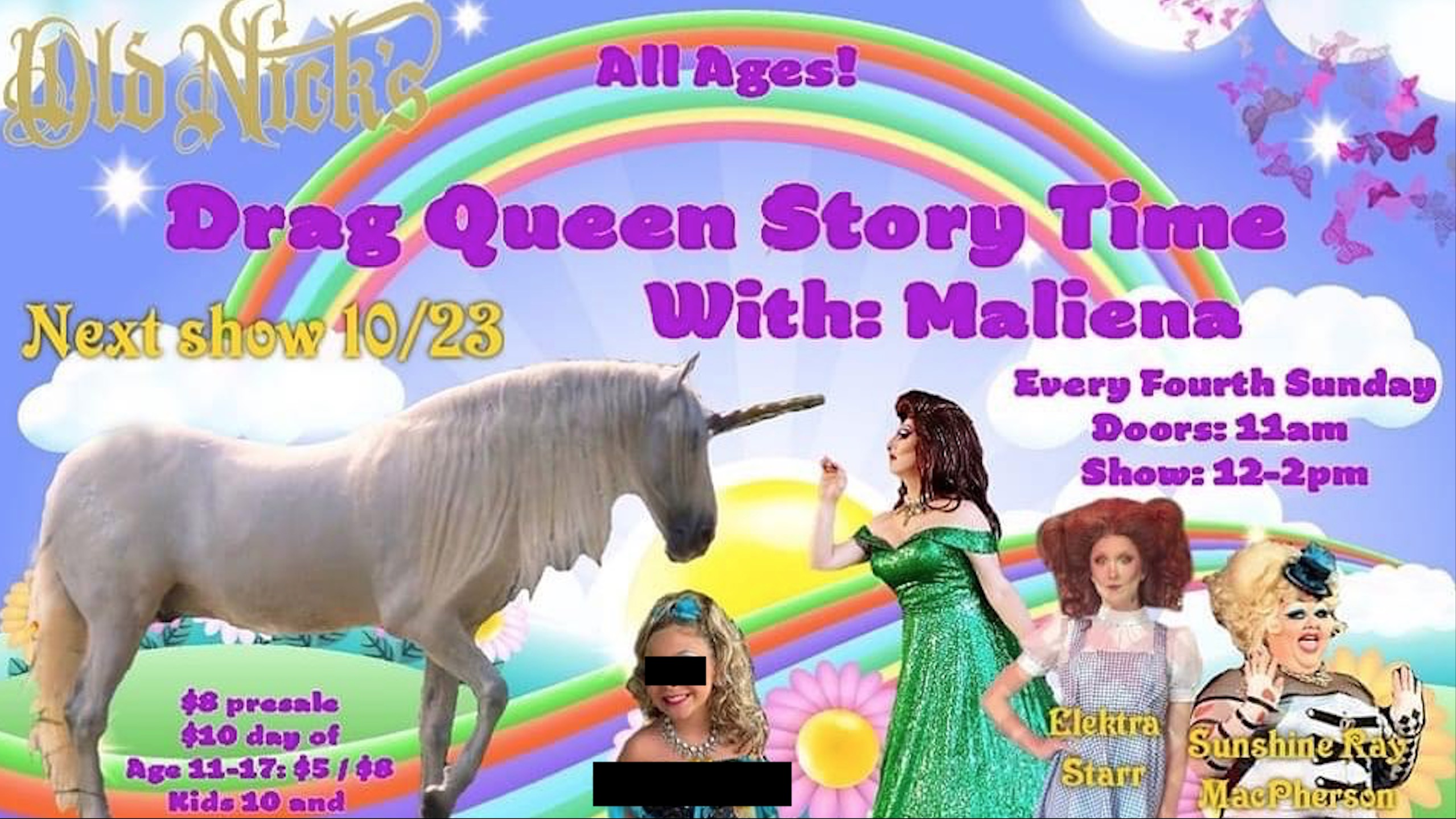 The child appears to participate regularly in drag shows and has numerous pictures with drag performers at various events on her Facebook page. In one video, she performs for a crowd in a midriff-baring outfit and at one point is handed dollar bills from an audience member.

A Venmo page operating under the child’s stage name has accepted several payments from users who appear to be adults for her drag show performances.

Several Facebook users left angry comments on the bar’s post advertising the child performer, but the bar defended its decision to host her.

“It’s very weird how many of you are sexualizing a child in makeup,” a comment from the bar’s account read.

Old Nick’s did not respond to the Daily Caller News Foundation’s request for comment.