The U.S. Coast Guard’s alleged use of an automated system to deny religious waivers to as many as 1,231 servicemembers would be in violation of the law, attorneys told the Daily Caller News Foundation on Wednesday.

Leaders from each of the military branches, including the Coast Guard, are required to individually review vaccine exemption requests, legal experts who have worked on military vaccine exemption cases told the DCNF. An investigation by members of the House Oversight Committee found that the Coast Guard used a computer-based tool defaulted to issue mass denials of religious accommodations, Fox News first reported Tuesday, a practice that is in “clear” violation of federal law, attorneys said.

“Blanket denials of religious accommodations, without the individualized review and without a clear determination that there’s a compelling interest and no alternative things to do to accomplish the mission without it, that’s absolutely a violation of federal law,” R. Davis Younts, a criminal defense attorney who advocates on behalf of active member of the military, told the Daily Caller News Foundation.

A dozen lawmakers led by Republican Reps. James Comer of Kentucky and Andrew Clyde of Georgia have demanded a staff-level briefing from Coast Guard Commandant Admiral Linda L. Fagan to explain how the “computer-assisted technology” functioned. Their investigation indicated the decision-making process only served as a wind0w-dressing “designed to reach predetermined conclusions — to deny requests and appeals — in nearly every single case.”

“Under no circumstances should the [Coast Guard] blatantly disregard Americans’ religious freedoms,” Comer said to the DCNF. “We fully expect Admiral Fagan to provide answers about depriving these members a fair process.”

Lawmakers alleged that the Coast Guard deliberately stood up the exemption request review system “to reach predetermined conclusions with the goal of rejecting applications. (RELATED: Navy SEALs Are Fighting For Religious Exemptions To Vaccine Mandates, And The Battle Is Far From Over)

“The USCG even created a digital tool to assist in more efficiently denying appeals of the vaccine mandate instead of focusing on the merits of each individual case,” the lawmakers reportedly said.

“The law is crystal clear that religious accommodations must be reviewed on an individualized, case-by-case basis,” Mike Berry, who serves as director of military affairs and senior counsel at First Liberty Institute, told the DCNF.

The Coast Guard has approved only 12 exemption cases and denied 1,231 as of Sept. 23, Fox News reported.

A digital form creator, the “Religious Accommodations Appeal Generator” (RAAG), also allowed the Coast Guard to quickly reproduce dismissal letters according to a set template, the lawmakers said. The software generated a pre-written response to one of 25 possible arguments guardsmen could make in requesting an exemption.

The RAAG allowed service leaders to quickly adjudicate an exemption case without consideration to its merits, “even when legitimate defects in the initial decision were identified,” the lawmakers said.

“The Department of Defense and the U.S. Coast Guard are violating federal law by denying the religious free exercise rights of service members from the COVID shot mandate. It is encouraging that some members of Congress are stepping up to hold them accountable for their abuse of these courageous service members,” Mat Staver, founder and chairman of Liberty Counsel, told the DCNF in a statement.

Younts told the DCNF he has seen waivers that appear to be produced from a template in each of the Coast Guard cases he represented, supporting the lawmakers’ claims.

“They just changed the name, maybe they changed the duty station or the rank,” Younts told the DCNF. “It was clearly fill-in-the-blank.”

The Coast Guard told Fox News it was aware of the letter and is looking into the matter. 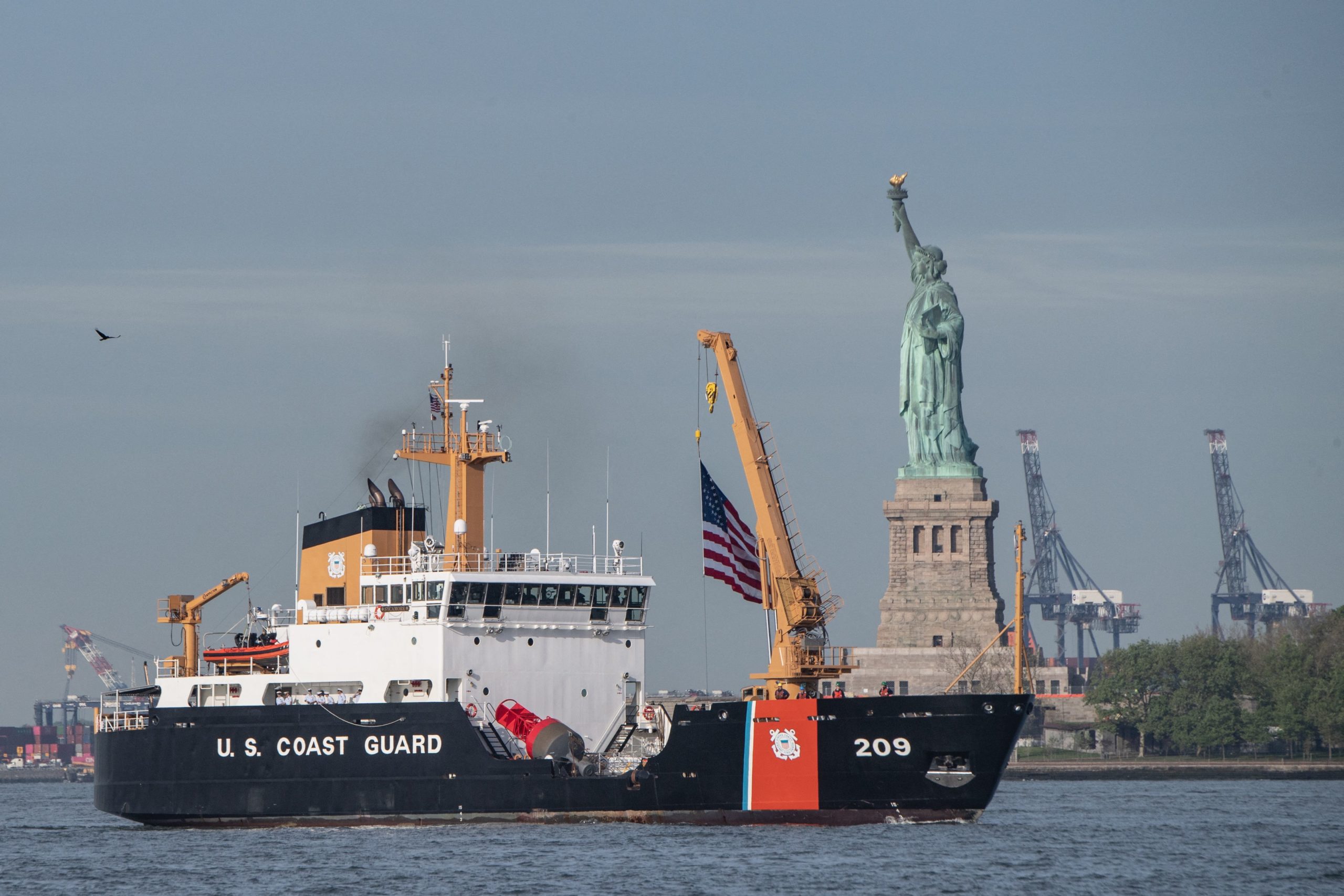 The US Coast Guard ship Sycamore arrives in New York Harbor for Fleet Week on May 25, 2022. (Photo by ANGELA WEISS/AFP via Getty Images)

Berry said the requirement for services to evaluate exemption requests on their own terms was “central to the favorable ruling we received in our lawsuit against the Navy on behalf of the Navy SEALs.”

In the Navy SEALs case, a U.S. district court provisionally blocked the mandate on the basis of a violation of the Religious Freedom Restoration Act, but the Supreme Court later overturned the injunction.

While the Coast Guard does not fall under the Department of Defense in peacetime, it remains in compliance with DOD’s vaccine mandate for all active duty military members.

“The Coast Guard has kind of been the worst offender from the beginning,” said Younts.

The Coast Guard did not immediately to the DCNF’s request for comment.

This story has been updated with comment from Rep. James Comer.