The U.S. House of Representatives passed a bill Wednesday requiring railroad unions and companies adopt the provisions of an administration-brokered contract. Biden called on Congress to force railway unions and companies to adopt provisions from the White House-backed deal that would give workers a 24% raise from 2020 to 2024. Four unions voted to reject it while 8 approved it. 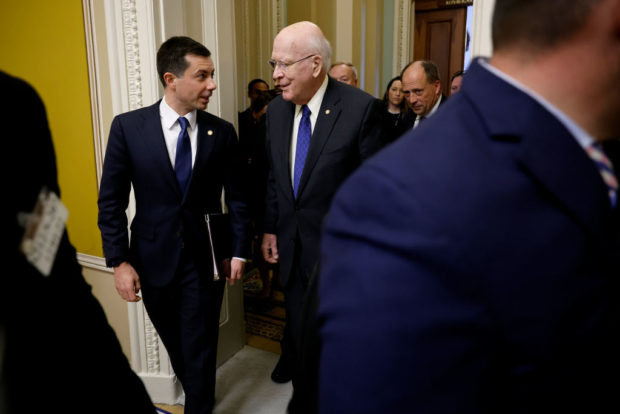 The Senate later passed the bill.

“Give credit to Mr. Biden for going against political type. He promised to be ‘the most pro-union president you’ve ever seen,’ and his wife belongs to a teachers union, the National Education Association, that does lifetime harm to millions of American students,” the editorial board wrote.

“Railroad employees who wanted more will no doubt shout that they have been betrayed,” the board continued. “But they had ample opportunity to exercise their right to collectively bargain, and the deal offers the generous raise, plus a freeze on healthcare co-pays and deductibles.” (RELATED: Rail Union Boss Blasts Biden Deal, Says It Fails To Address ‘Quality Of Life’)

“Mr. Biden had a choice: Side with the special interests of four recalcitrant rail unions, or do what’s best for millions of American workers and consumers in the broader economy. He chose right.”

The board then suggested Biden could “help his sagging approval rating” after avoiding the railroad strike.

The president of one of the railroad workers’ union blasted the bill, saying it didn’t address the “quality of life” issues.

“We’ve been fighting for sick leave for 55 years. We have an opportunity to get it now,” said Tony Cardwell, president of the Brotherhood of Maintenance of Way Employees Division of the International Brotherhood of Teamsters.