Kanye West told the Jewish community to “forgive Hitler” in an interview with Proud Boys founder Gavin McInnes and Nick Fuentes on Monday.

The interview comes less than a week after West appeared on Alex Jones’ show, “InfoWars,” and spouted antisemitic rhetoric, saying “I love Hitler” while adding that he likes “a lot of things” about the infamous dictator, according to the Independent. West was recently banned from Twitter after continuing to post antisemitic content and, according to Elon Musk, violating Twitter’s policy of incitement to violence.

“Jewish people can’t tell me who I can love and who I can’t love, you can’t force your pain on everyone else,” West stated. “Jewish people, forgive Hitler today. Let it go. Let it go. Stop trying to force it on other people.”

West also blamed Hitler’s “bad reputation” on the Jewish community, according to Newsweek.

“[W]ho made that reputation? That was made by Jewish people,” he told McInnes, Newsweek reported. (RELATED: Kanye West No Longer Buying Parler)

West was dressed in the same black mask he had on during Jones’ show. Nick Fuentes also attended the podcast as a moderator, according to McInnes, and has been associated with the rapper ever since their dinner with former President Donald Trump in November.

The former President came under heavy criticism for hosting West and Fuentes from the Jewish community. Milo Yiannopoulos claimed that he had orchestrated the dinner to hurt Trump.

Fuentes is reportedly working with West on his 2024 presidential campaign according to Newsweek. 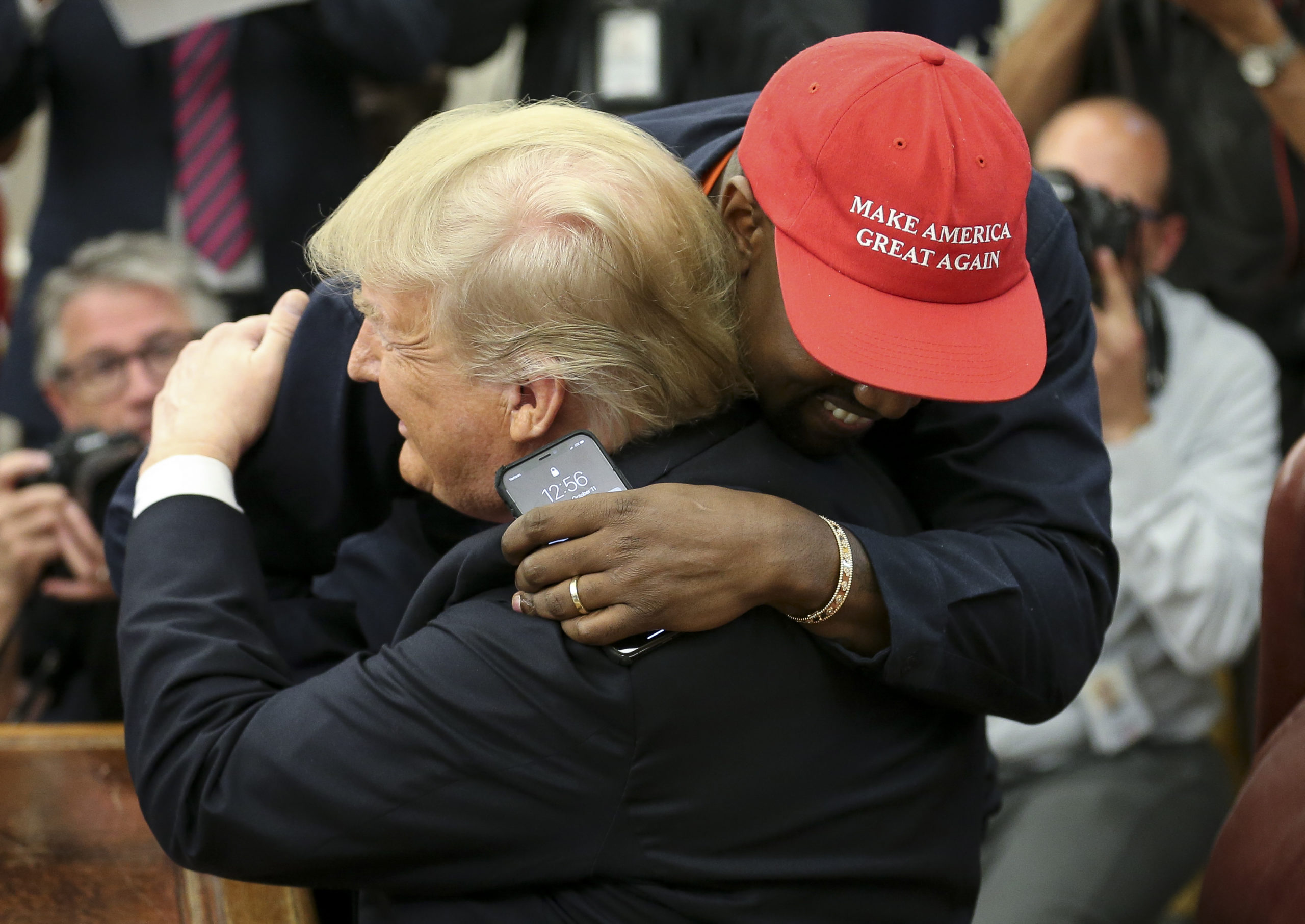 During a discussion about his presidential campaign, West said he would work with Jews but there would be some stipulations.

“[Jews] need to work for Christians,” he told McInnes, according to the Jerusalem Post. “I’ll hire a Jewish person if I knew they weren’t a spy, and I collected their phone and follow them to their house and have a camera all in their living room.”

In a five-minute promotional video, McInnes explains that his new podcast is the “first episode of Saving Ye.”

“I am going to prevent Ye West from becoming an Antisemite, a Nazi,” McInnes explained. “I’m going to talk him off the ledge and bring him back to the understanding that our problem is liberal elites.”

After the interview, McInnes said he didn’t find West “antisemitic per se,” according to Newsweek.

“I guess I tried to talk him off the ledge as far as Nazi stuff goes,” McInnes said to the camera. “The normal takeaway is my antisemitism intervention didn’t work, but I don’t think he’s antisemitic, per se. I don’t know even know how much he likes Hitler, does he mean he likes him like you like Darth Vader.”