Illinois’ corruption, financial troubles and other problems have prompted some residents to advocate for establishing a new state.

The nonprofit, nonpartisan New Illinois organization, founded in 2018, works to educate Illinois’ people about their constitutional right to pursue the formation of a new state out of the present Illinois, identifying a longstanding “urban vs. rural, small town and suburban” divide there. The organization argues that policies addressing a major urban area like Cook County’s best interests may be out of step with the rest of the state.

Northern Illinois, including Chicago, saw more federal public corruption convictions than any other federal judicial district from 1976 to 2020, with Illinois as a whole ranking third in corruption among all states, according to a University of Illinois at Chicago anti-corruption report. The state is on track for a more than $6 billion debt increase in 2022, State Comptroller Susanna Mendoza recently announced.

“These are bills that are filed with innocuous content,” she told the DCNF. “The bill is later gutted and replaced with other content that the politicians don’t want people to know about.”

The U.S. Constitution allows a new state to be created from portions of an existing one with approval from the existing state’s legislature and Congress.

Illinois has been plagued by violent crime in recent years. The state had the ninth-highest homicide death rate nationally in 2020, based on Centers for Disease Control and Prevention statistics. Chicago police reported more homicides during the first half of this year than any other major U.S. city’s agency. 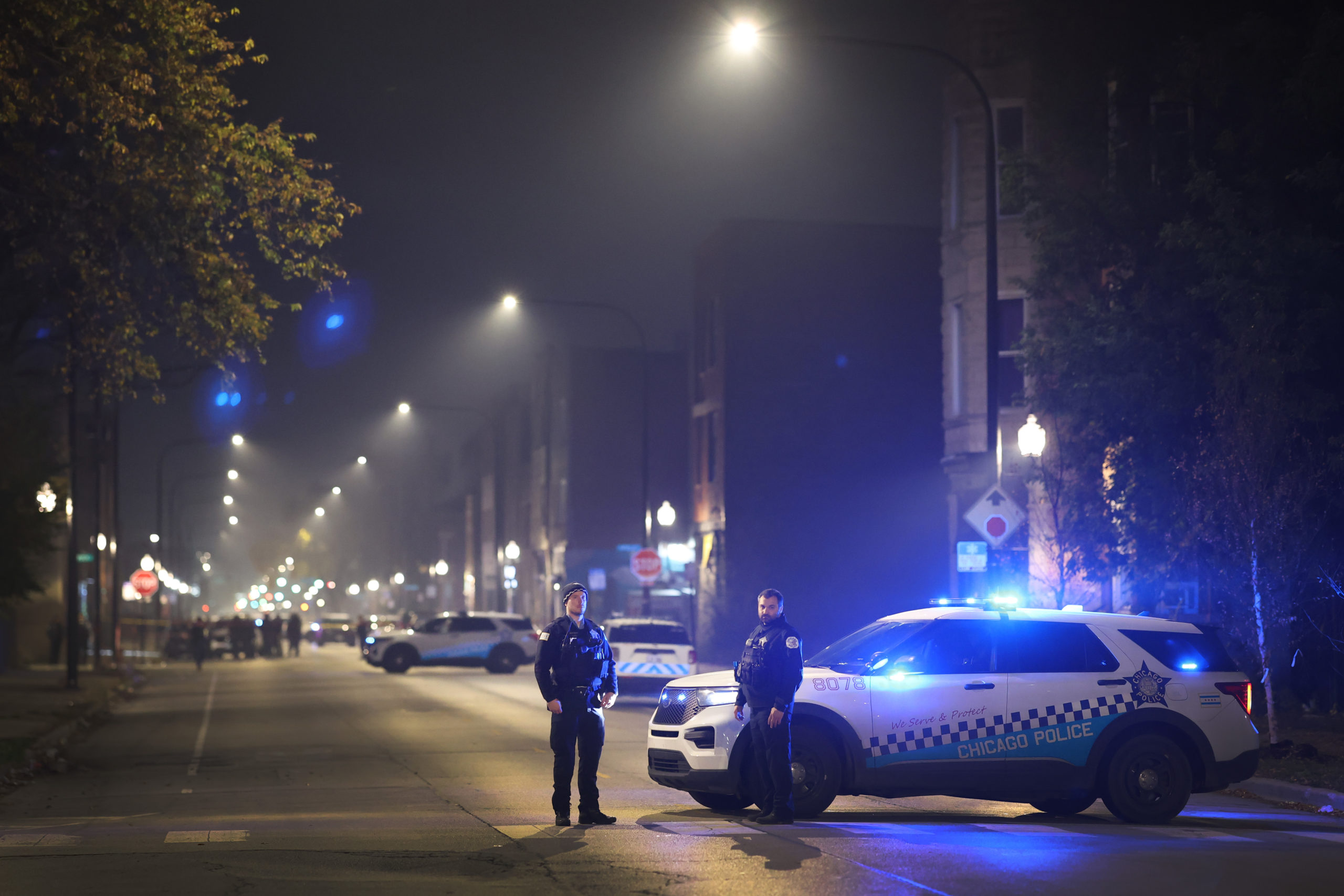 CHICAGO, ILLINOIS – OCTOBER 31: Police investigate the scene where as many as 14 people were reported to have been shot on October 31, 2022 in Chicago, Illinois. Scott Olson/Getty Images

“Whenever there is a new problem going on in the state, it has the potential to increase public interest in what we’re doing,” Merritt said. New Illinois boasts committees in more than 20 counties statewide.

Illinois is not the only place where a state split movement has emerged. In Oregon, 11 counties have already voted in favor of merging into Idaho as part of the “Greater Idaho” movement, which calls for those counties and four others to join the Republican-controlled state, according to KMVT 11. Merritt said New Illinois has a close relationship with New California, an organization that complains of “over taxation, regulation, and mono party politics” in California and advocates for establishing what would be the county’s  sixth-largest state out of portions of it.

Merrit told the DCNF she had also interacted with people in Weld County, Colorado, interested in becoming part of Wyoming, a Minnesota state representative who discussed adding some of their state’s counties to South Dakota and individuals from western Virginia who wanted to merge with the state of West Virginia.

Establishing a new state through “splitting” would be an achievement not seen in more than 150 years, despite a variety of attempts.

West Virginia was the U.S. last state to form by breaking off from an existing state, separating from Virginia during the Civil War. Later, similar efforts involving other states including Arizona, Kansas and South Dakota never came to fruition.

After 27 Illinois counties reportedly voted in favor of referendums for exploring ways to leave Illinois, Southern Illinois University Carbondale Visiting Professor John Jackson argued to the Journal-Courier that they were unlikely to successfully form a new state. He claimed such a reform “would be a disaster for southern and central Illinois.”

“Congress is not going to get into the business of creating new states,” Jackson opined in the Journal-Courier. Merrit noted that the New Illinois organization was not involved with the referendums.

Democratic Illinois Gov. J. B. Pritzker’s office did not respond to the Daily Caller News Foundation’s request for comment.