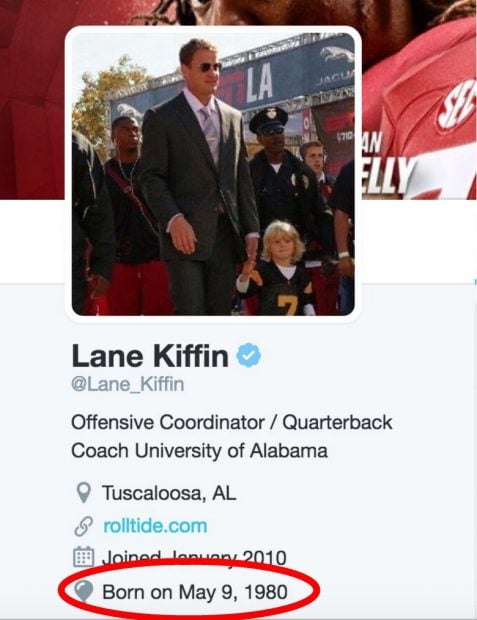 The former USC coach’s time at Alabama has resulted in a national championship, but also lots of rumors off the field. (SLIDESHOW: Derek Jeter’s New Wife Loves Showing Off Skin)

Kiffin has even allegedly become a local legend in Alabama on Tinder.