Tom Brady said his favorite moment of the Olympics was watching his wife Gisele Bundchen’s performance during the opening ceremonies.

Bundchen, who is a native of Brazil, was a center piece of the opening ceremonies and was greeted with cheers as she took the stage. (RELATED: EXCLUSIVE: NFL Owners Furious With Goodell — ‘It’s Time For A New Commissioner’)

The recently retired Gisele is the Girl from Ipanema. The Maracanã is her final catwalk. pic.twitter.com/PfRRohof2I 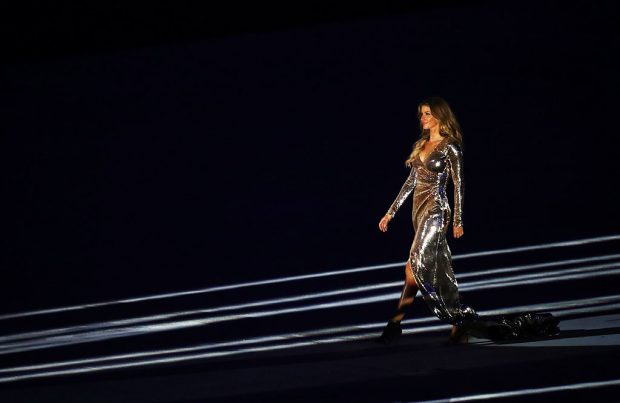 “It was amazing to see her out there and do that. It was the best part of the Olympics for me. And it got over on opening night, so there hasn’t been much reason for me to watch outside of seeing her represent her country. It was pretty amazing. She’s an amazing woman, an amazing mother, and she represents the best of Brazil as far as I’m concerned. So, it was an amazing spectacle, and she’s an amazing person,” the four-time Super Bowl champion told the media following Sunday practice, according to NESN. (RELATED: Hookstead’s Hot Take: You’re A Racist If You Criticize Johnny Manziel)

Brady is suspended for the first four games of the season, but it’ll be hard to be too upset when your wife looks that good.