WASHINGTON — Sean Spicer said one of President Trump’s goals while in office is to make the government, “as a whole,” operate more efficiently. 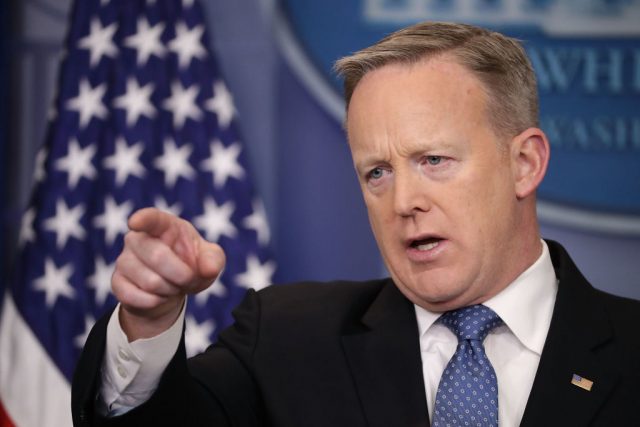 The Daily Caller asked the White House press secretary if the president plans to revamp the Consumer Financial Protection Bureau Thursday. The agency is Elizabeth Warren’s brainchild that was created under the Dodd-Frank Act and pays hundreds of bureaucrats more than members of Congress. (EXCLUSIVE: Gravy Train Flows Wide And Deep At Elizabeth Warren’s Consumer Agency)

“The bottom line is that we should be paying people a fair wage for their service to this country, but that we should be doing it in the most effective and efficient manner. I think that’s what the president has already shown towards his commitment towards helping reduce the costs of several programs in the government, and bringing back jobs. I think there’s going to be a respect for taxpayers in this administration, whether its salaries or actual positions or programs.”

“He’s going to have a very, very tough look at how we’re operating the government, how many positions they are in, what people are getting paid. The president understands that most Americans are out there working night and day trying to get by, and that Washington truly needs to respect the money that they spend.”

“It’s not just about one department or one agency,” he said. “It’s really about looking at how government as a whole operates.”