A high school pro-life group in Iowa worked hard to put up a display about respecting life, only to find out later that abortion advocates had torn it down.

Lewis Central High School’s Students For Life (SFL) put up a display made of hearts to denote not only the heart that beats in unborn babies, but to also symbolize the number of hearts that are stopped via abortion. The display featured a note reading, “157 hearts are taken by abortion every hour in the U.S.”

The display also included information about Students for Life of America (SFLA) as well as stickers saying “Adoption Saves Lives” according to a Thursday press release sent to The Daily Caller News Foundation.

The display was put up on Feb. 6 and was wrecked Thursday afternoon. 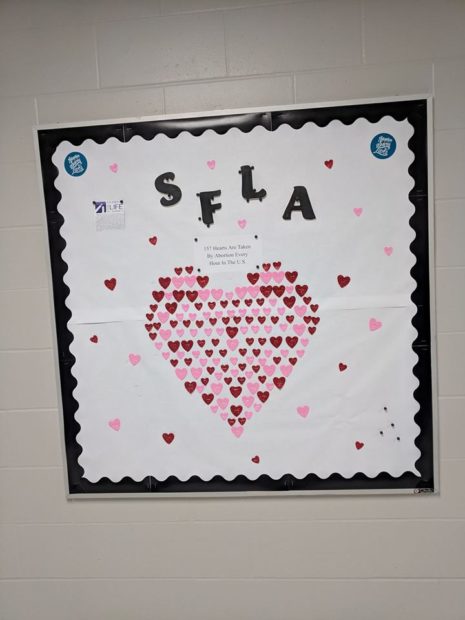 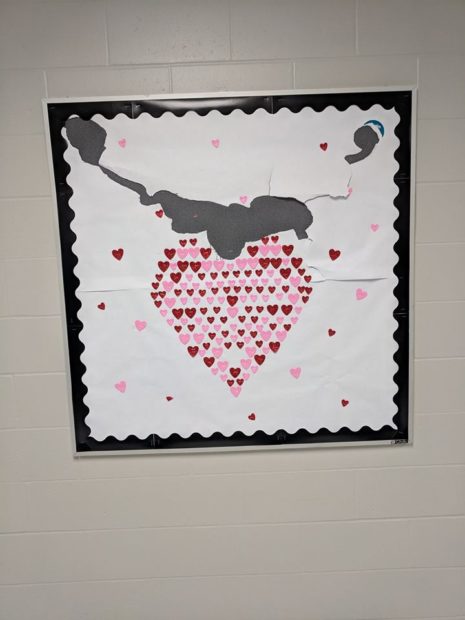 “The attack is another example of the hostility to free-speech on high school campuses. This is why we started tracking vandalizations against pro-life displays. Nevertheless, pro-life students will not let this stop them from their pro-life work,” said Students for Life of America president Kristan Hawkins in a statment. “We stand with the Students for Life group at Lewis Central High School and we demand the high school take swift action to investigate the matter.”

The Lewis Central SFL president Mark Torneten also expressed his malcontent, noting that it’s too bad the abortion advocates can’t respect the pro-lifers displays. “I was upset by the lack of respect for another opinion this individual or individuals had, and our group wants the administration to make clear it’s not okay to vandalize anything you don’t agree with,” he said in a statement.