North Korean leader Kim Jong Un has arrived in Singapore, where he will sit down with the leader of the free world at an unprecedented summit.

This historic trip marks the young dictator’s fourth trip abroad since he took power and the farthest he has ever traveled from home. Since March, Kim has made two trips to China and stepped onto South Korean soil; now, Kim, despite numerous ups and downs in the preparation process, is in Singapore for an unprecedented meeting with an American president. (RELATED: Trump: North Korea Summit Is BACK ON)

Upon his arrival, he boarded his personal armored Mercedes Benz limousine and headed to the St. Regis Hotel, ironically an establishment frequented by his older half-brother Kim Jong Nam, who was murdered with a banned chemical weapon at an airport in Malaysia in 2017. Kim Jong Un is believed to have ordered the brutal assassination, The Washington Post reported. 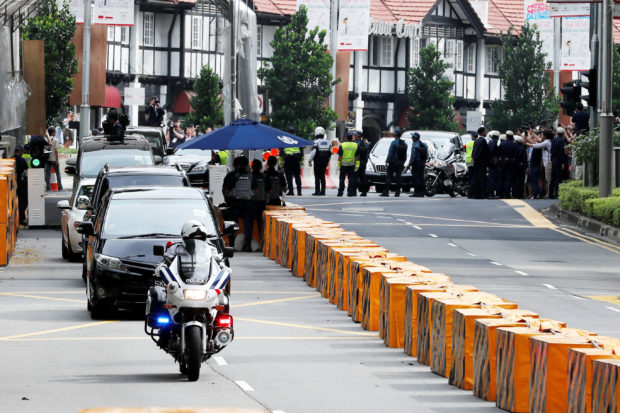 A motorcade believed to be carrying North Korea’s leader Kim Jong Un travels past in Singapore June 10, 2018, ahead of the summit between the North Korean leader and U.S. President Donald Trump. REUTERS/Tyrone Siu

Kim’s sister Kim Yo Jong, who traveled aboard her brother’s personal jet — a plane known as Chammae-1 and nicknamed “Air Force Un” — arrived about an hour after her brother landed in the country. Both her and her brother’s planes arrived after a cargo plane brought over the supplies necessary for the arrival of the North’s supreme leader.

In addition to his sister, Kim is also being accompanied by foreign minister Ri Yong Ho, Ri Su Yong, who handles international affairs for the party, and Kim Yong Chol, who became the first North Korean official to visit the White House in 18 years on June 1.

When he arrived at the airport, Kim was greeted by Singapore’s Foreign Minister Vivian Balakrishnan, who just recently returned from North Korea. 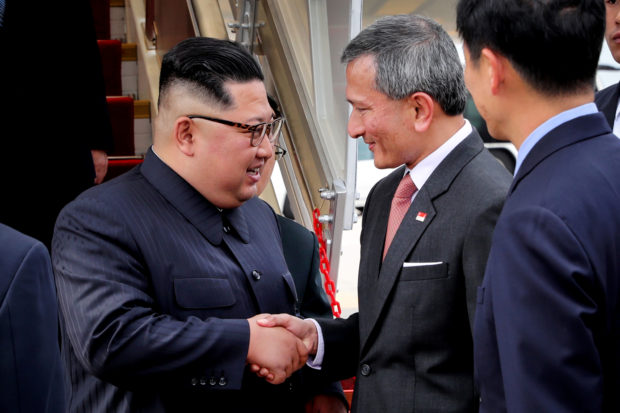 Lee will have a separate meeting with Trump on Monday. 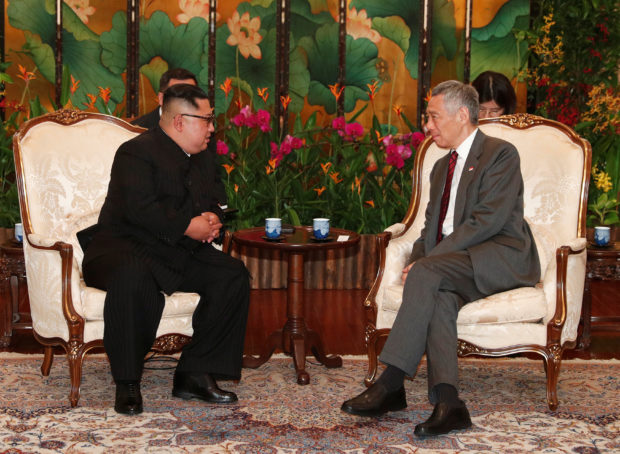 Kim and Trump will meet for historic talks at 9 a.m. Tuesday at the Capella Hotel on Sentosa Island.

Trump received, by way of South Korean diplomats, an invitation to sit down with the North Korean leader in early March, and he quickly accepted. Preparations have been underway for months for what Trump called a “one-time shot” at peace and prosperity. (RELATED: Trump Agrees To Meet North Korean Dictator Kim Jong Un)

“I feel that Kim Jong Un wants to do something great for his people,” the president said Saturday, “And he has that opportunity, and he won’t have that opportunity again.” While Trump has expressed optimism about this meeting, his words are a stark reminder of what happens if the summit fails.