The DNA scientist who completed an ancestry test for Democratic Massachusetts Sen. Elizabeth Warren was unable to use Native American DNA in his examination.

Warren apparently felt compelled to get her DNA tested after years of attacks from opponents who say she falsely claimed to have Cherokee ties. President Donald Trump has referred to the Senator as “Pocahontas.” 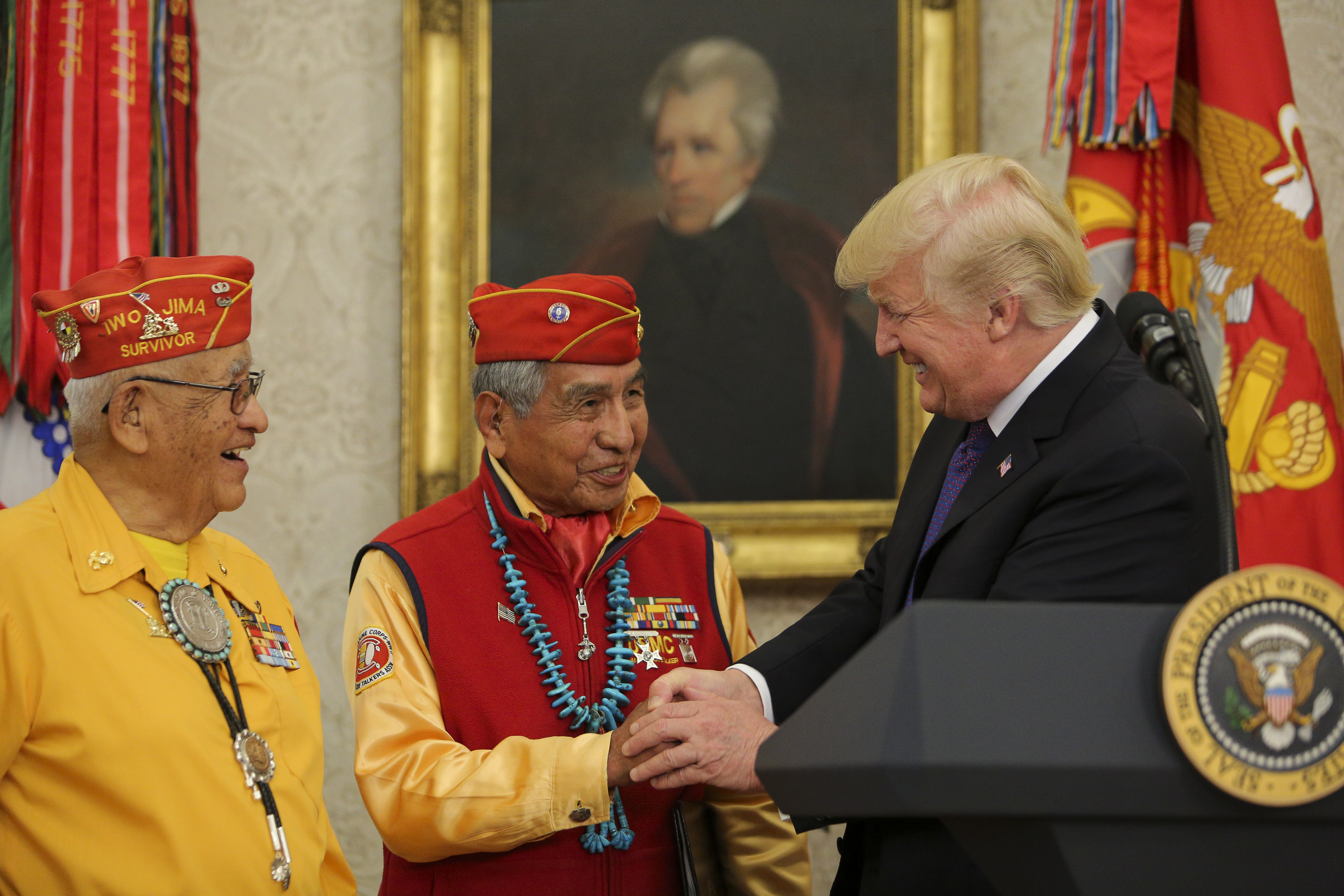 WASHINGTON, DC – NOVEMBER 27: Trump tells Native American code talkers, “You were here long before any of us were here. Although we have a representative in Congress who they say was here a long time ago. They call her Pocahontas.” in reference to his nickname for Sen. Elizabeth Warren. (Photo by Oliver Contreras-Pool/Getty Images)

According to a report by the Boston Globe, there is no Native American DNA available for genetic testing “because Native American leaders have asked tribal members not to participate in genetic databases.” (RELATED: Boston Globe Issues Major Correction On Liz Warren’s Ancestry Claims)

Therefore, in order to test for Native American ancestry, genetic researchers have to use samples from other parts of the world.

Carlos D. Bustamante, a Stanford University professor, used samples from Mexico, Peru, and Colombia to attempt to calculate how much Native American ancestry is in Warren’s DNA.

“To make up for the dearth of Native American DNA, Bustamante used samples from Mexico, Peru, and Colombia to stand in for Native American. That’s because scientists believe that the groups Americans refer to as Native American came to this land via the Bering Strait about 12,000 years ago and settled in what’s now America but also migrated further south,” the Boston Globe explained.