Saudi Arabia isn’t likely to meddle with oil markets to fight back against potential U.S. sanctions over the death of journalist Jamal Khashoggi, according to energy experts.

“The Saudis will not cut their nose off to spite their face; they have learned a lot about oil’s importance in the world and to their economy since the oil embargo in 1973,” Dan Kish, a distinguished senior fellow at the Institute for Energy Research, told The Daily Caller News Foundation.

A Saudi oil production cut would send crude prices higher and only encourage once reliable customers, like China and India, to buy more oil and petroleum products from alternative sources, including the U.S. and Russia. (RELATED: Oil Spikes On Concerns Of Saudi Arabia’s Role In Journalist’s Disappearance)

“The oil weapon does not work, which is why Saudi Arabia is unlikely to employ it in the dispute over the disappearance of Washington Post journalist Jamal Khashoggi,” Reuters market analyst John Kemp wrote in a column published Tuesday. 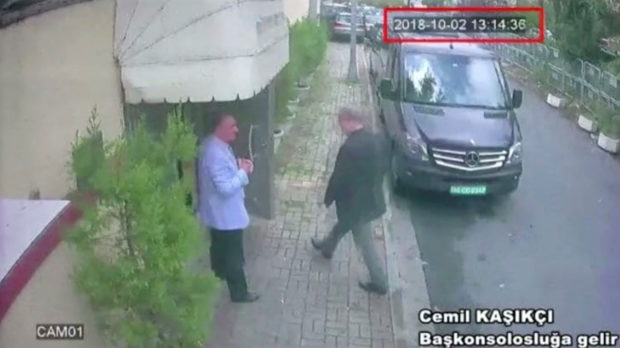 U.S. oil exports have exploded in recent years, and any gaps left by Saudi production cuts could be filled by American suppliers. The U.S. would further cement itself as the world’s largest oil and gas producer.

“The only people seriously talking about cutting off oil supplies to the US are the Green Left, who want us to leave it all in the ground,” said Kish.

It would be a repeat of the failed Arab oil embargo of the 1970s, according to Kemp. The brief embargo only served to undermine the Saudi’s customer base and didn’t achieve its main goal of getting the U.S. to renounce Israel.

“While pump prices in the US would spike if Saudi Arabia were to cut oil supplies, the use of oil as a weapon would also hurt the Saudis themselves,” former Obama energy adviser Jason Bordoff told the Financial Times.

Bordoff said oil output cuts would only “accelerate a transition toward alternatives likes electric vehicles, and undermine the reputation Saudi Arabia has built in the decades since 1973 as a reliable supplier.”

Khashoggi, a Washington Post contributor, was last seen entering the Saudi Arabian consulate in Istanbul, Turkey, on Oct. 2, but has not been seen since. Media reports say the Saudis will say Khashoggi died during a botched interrogation.

However, that explanation isn’t likely to sit well with some U.S. officials, including some Republican lawmakers.

“We’ll sanction the hell out of Saudi Arabia,” South Carolina Sen. Lindsey Graham said during an appearance on “Fox & Friends” Tuesday morning. The Republican added, “This guy has got to go.”

President Donald Trump said, “Very, very powerful, very strong measures” could be taken against Saudi Arabia if its leaders were involved in Khashoggi’s death. However, Trump also said he’s not in favor of ending weapons deals with the kingdom. 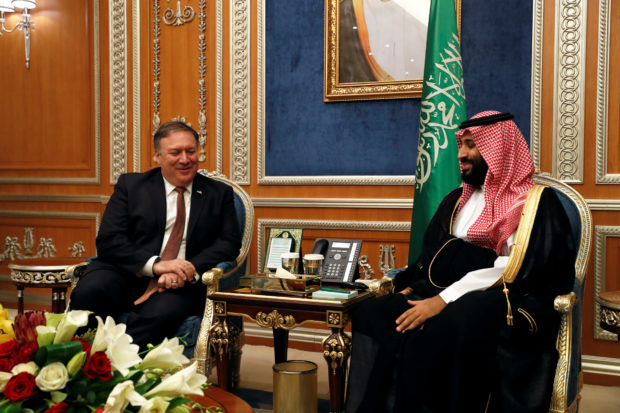 Amid threats of sanctions, the Saudi-owned Al Arabiya published an editorial warning of “an economic disaster that would rock the entire world” if the U.S. tried to punish the country.

“Riyadh is the capital of oil and touching this would affect oil production before any other vital commodity,” reads the editorial.

In a statement, the Saudi kingdom warned, “[I]f it receives any action, it will respond with greater action.”

Secretary of State Mike Pompeo met with Saudi Crown Prince Mohammed bin Salman on Tuesday to discuss Khashoggi’s disappearance. Pompeo reiterated Trump’s concerns over the matter, and the two agreed “on the importance of a thorough, transparent and timely investigation,” according to the Department of State.