More than 170 million Americans are expected to spend $9 billion to celebrate Halloween in 2018, but they won’t just be buying candy and costumes, according to a survey from the National Retail Federation (NRF).

The total Halloween spending is expected to be slightly less than the record total of $9.1 billion in 2017. 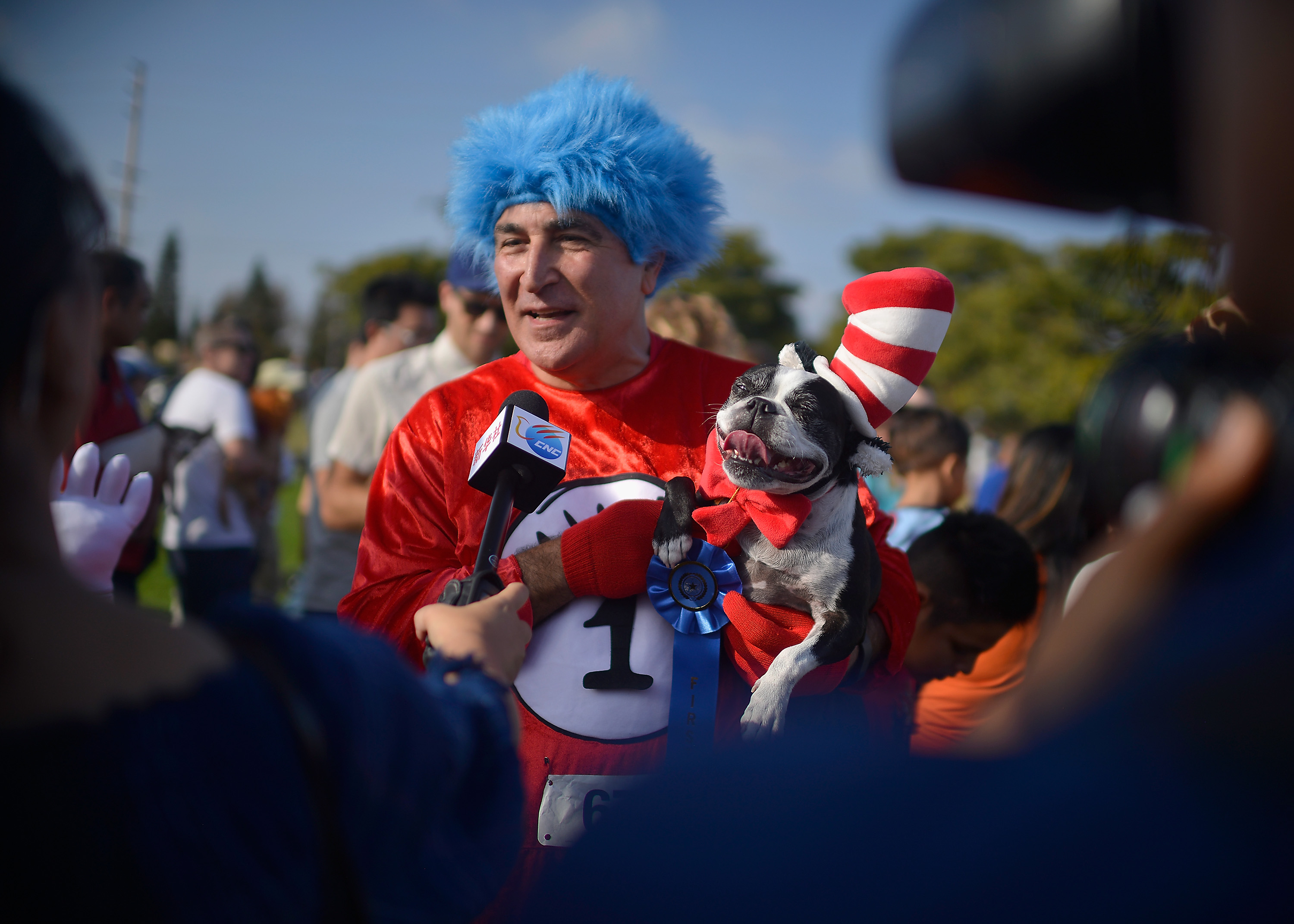 Winners of the parade, Lucy, a boston terrier dressed as Cat in the Hat, and her owner dressed as Thing 1 attends Haute Dog Howl’oween Parade on October 29, 2017 in Long Beach, California. Chelsea Guglielmino/Getty Images

“One of the biggest trends this year is the growth of spending on pet costumes,” said Phil Rist, an executive at the company, Proper Insights, that conducted the survey for NRF. “Out of the 31.3 million Americans planning to dress their pets in costumes, millennials (25-34) are most likely to dress up their pets, the highest we have seen in the history of our surveys.”

Of the pet lovers who took the survey, pumpkin was the costume of choice for their pet, with 11.2 percent saying they planned to dress up their pet as the Halloween symbol.