Democratic strategists are concerned Missouri Sen. Claire McCaskill might come short of black voters’ support she will need to win re-election in a state President Donald Trump carried by a large margin in 2020.

More than a dozen elected officials, activists and voters worry the two-term Democrat has not done enough to secure high black turnout in the state’s most liberal regions, Politico reported Tuesday. Black turnout in Missouri dropped slightly from 2012 to 2016.

“I’ll be absolutely honest, I’m worried about it right now,” Quinton Lucas, a city councilman who is running for Kansas City mayor, told reporters before praising McCaskill for working to resolve any issues her campaign and Democrats have with the state’s black community.

Kayla Reid, an activist in St. Louis who runs a grassroots campaign planning to contact tens of thousands of people in black neighborhoods, said she thought McCaskill is too dead-set on winning over Republican voters at the expense of engaging with her Democratic base.

McCaskill has taken deliberate steps recently at appealing to Missouri’s rural voters, many of whom are Republicans. She took a back-handed swipe, for instance, at Massachusetts Democratic Sen. Elizabeth Warren during a Monday interview with Fox News host Bret Baier.

Baier, referencing a radio ad that painted McCaskill as “not one of those crazy Democrats,” asked the senator who among her colleagues was crazy. (RELATED: Claire McCaskill And Josh Hawley Clash In Kansas City)

But McCaskill seems unfazed by all the controversies.

“I haven’t taken their votes for granted,” the Democrat said about criticisms that she has not paid enough attention to the state’s black community. “I think we’re going to have a really great turnout and great results in those communities.” 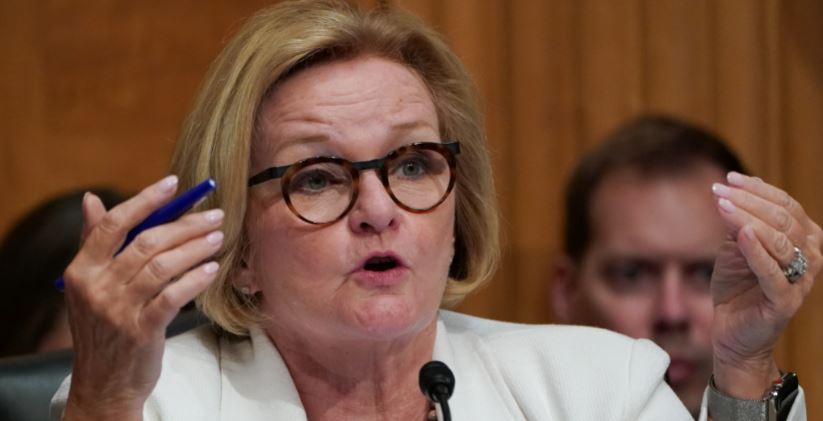 Recent polling shows McCaskill running neck and neck with her Republican opponent. Missouri Attorney General Josh Hawley is leading her in a new poll showed the race is finally outside of the margin of error.

Hawley is ahead of the Democratic incumbent by 7 points, according to an internal poll published Oct. 21 from the GOP campaign. More than 49 percent of likely voters prefer Hawley while 42 percent prefer McCaskill, the additional 9 points are spread evenly between undecided voters and third-party candidate.