CNN’s Don Lemon doubled down on his previous statement saying white men are the biggest threat to the country during his show Wednesday night.

Lemon received some backlash on Wednesday for those comments and addressed it on his show Wednesday night.

“I said that the biggest terror threat in this country comes from radicals on the far-right, primarily white men. That angered some people,” Lemon began. “The evidence is overwhelming. A recent report from the Government Accountability Office shows that. Even though more people died in attacks connected to Islamic extremists, the vast majority of deadly attacks in this country from 2001 to 2016 were carried out by far-right violent extremists.”

He then cited a 2017 report from the Nation Institute’s Investigative Fund.

“It found that far-right plots and attacks outnumber Islamist incidents by almost 2 to 1. The anti-defamation League says that homegrown extremists of all kinds killed at least 372 people in the U.S. from 2007 to 2016. Right wing extremists were responsible for 74 percent of deaths. Left wing extremists were responsible for only 2 percent,” he continued. (RELATED: CNN’s Chris Cuomo Kisses Don Lemon After Attacking Sarah Sanders) 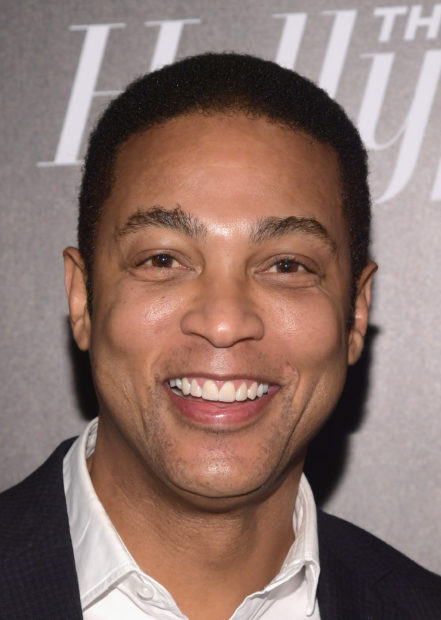 Lemon then referred to a New America study on terror attacks.

“They found that of the domestic terror attacks, those carried out — those not carried out by Jihadist, 68 were by far-right groups. Only eight were by left wing or black separatist groups,” Lemon concluded. “So, let me break that down for you even further. Their analysis shows that for every eight deadly attacks by right wing extremists, there were one by left-wing extremists.”

“Those are the facts. So those who were angered by what I said are missing the entire point.”