There were few news stories more important Wednesday than President Donald Trump firing Attorney General Jeff Sessions and, consequently, the fate of a Mueller investigation presumed to be in its twilight stages.

The executive decision — of great impact to the country for a number of reasons — was overshadowed when the White House decided to pull the credentials of press corps bad boy CNN’s Jim Acosta.

Earlier in the day, Mr. Acosta, for his part, got in a brief and minor tussle with a White House intern over a microphone during a press briefing. While the White House was justified, the decision to pull the credentials was almost certainly part of a larger strategy to distract the press. 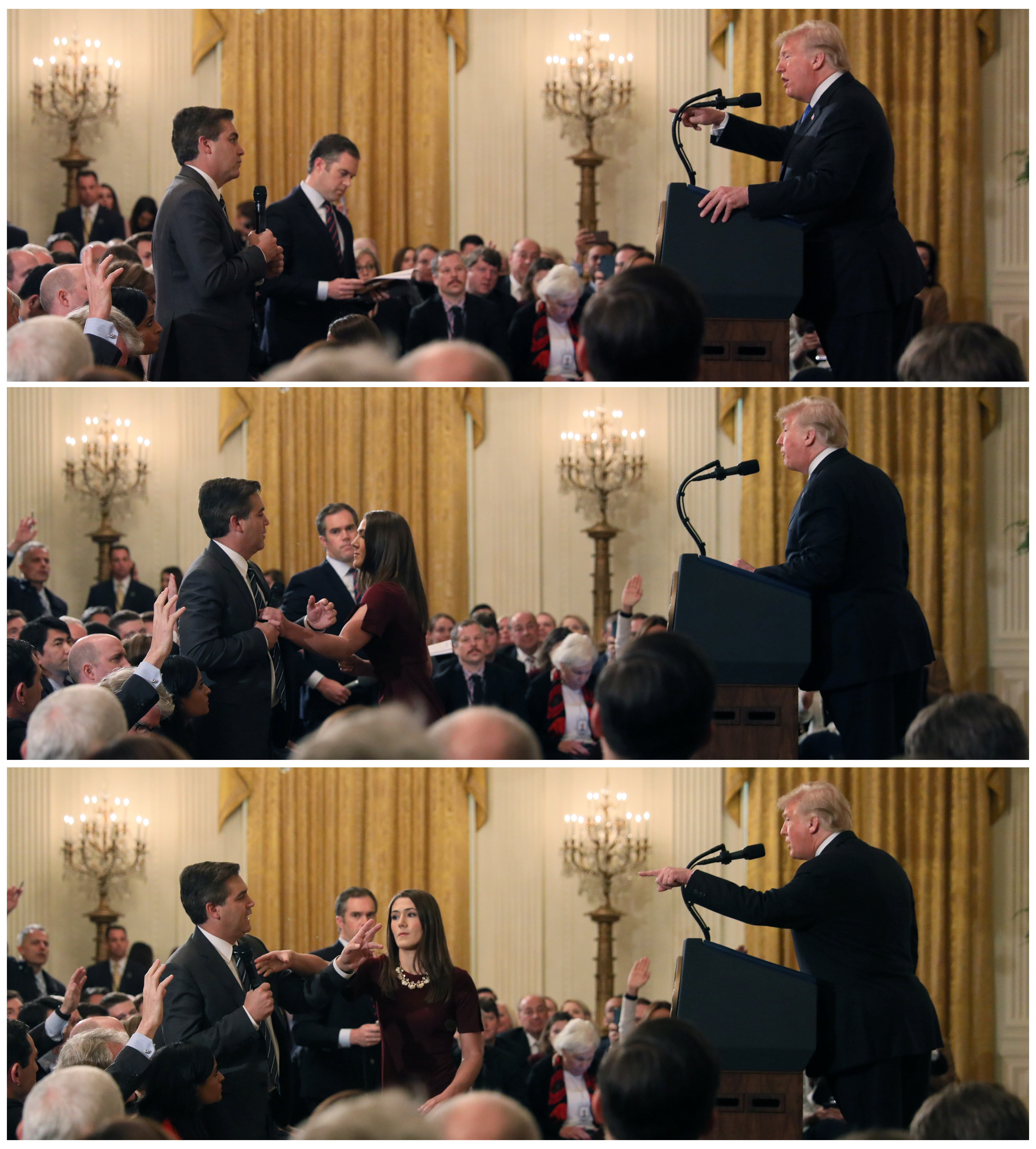 A White House staff member reaches for the microphone held by CNN’s Jim Acosta as he questions President Donald Trump during a news conference following Tuesday’s midterm U.S. congressional elections, in a combination of photos at the White House in Washington, November 7, 2018. REUTERS/Jonathan Ernst

Which is exactly why the revocation should stand. Further, CNN should force Mr. Acosta to publicly apologize and then pull him from White House coverage altogether. Mr. Acosta was plainly out of order and his behavior is to the detriment of the media writ large and the country.

The rest of the press, upon hearing the news, launched into a rather shameful campaign of defense, dispersion and word parsing.

To briefly go through the main arguments they made, as absurd as they were: 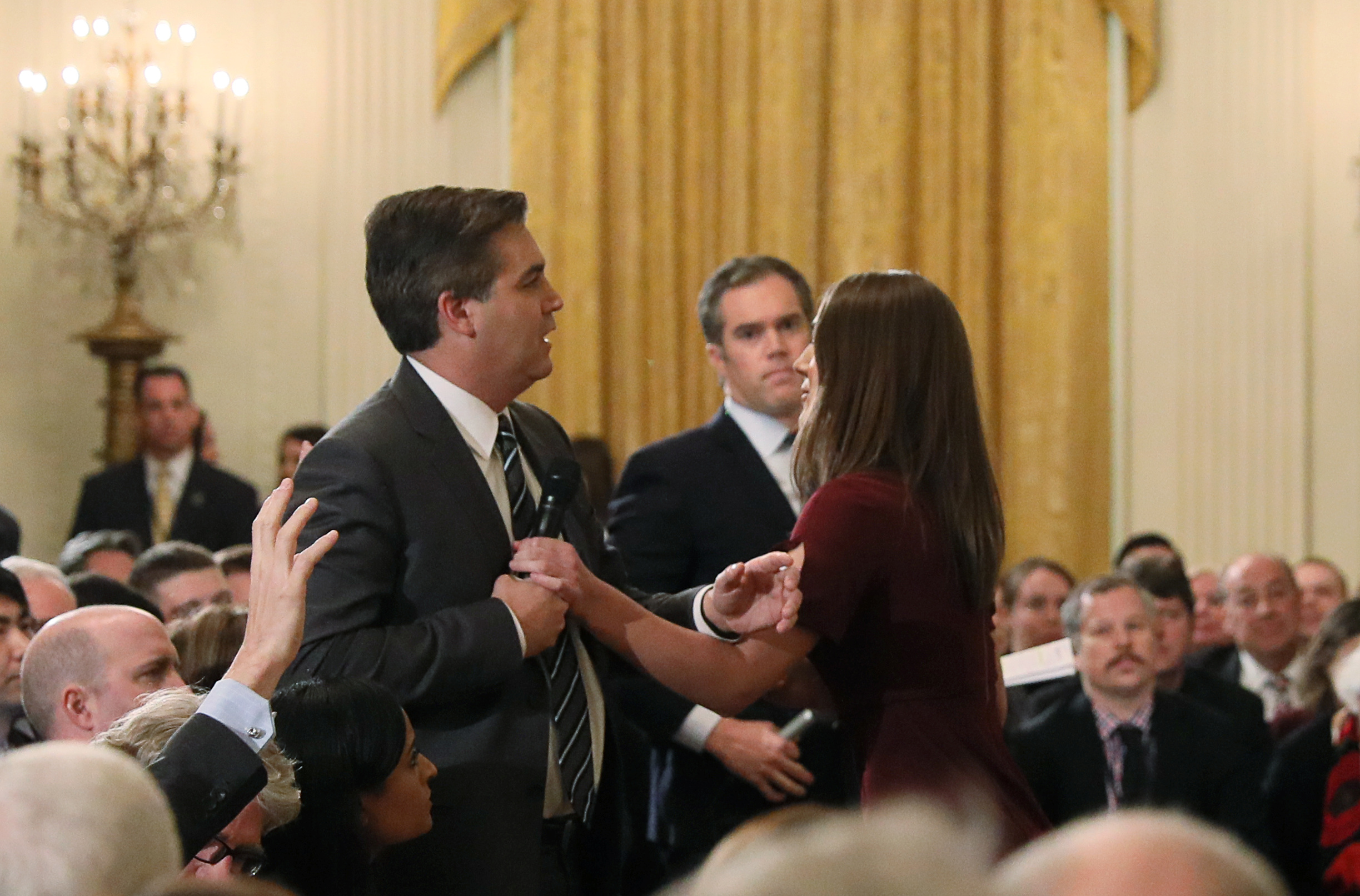 When the president gave the signal, the intern went for the microphone. Conducting himself as if he were in an above-ground pool in the summer of ’95, Mr. Acosta actually decided to play keep away. The ensuing microphone rope-a-dope was not only shocking but completely out of order. To be clear, it was indeed physical, but he did not “put his hands on” her and he did not “karate chop” her. Overstatements aside, his behavior was unacceptable.

At least some reporters pointed out the effect of Mr. Acosta’s behavior.

The Acosta thing is important. It totally pales in comparison to the firing of the Attorney General. Focus, people.

My response to news that @Acosta has had his hard pass revoked:

The attorney general was fired today, an action that raises questions about the future of the Mueller investigation

As a “senior” White House correspondent for CNN, Mr. Acosta conducted himself more like a junior in high school.

It isn’t summertime. It isn’t a pool party in Joe Biden’s backyard. To be bold is fine. Rudeness is okay. It can be an effective strategy with a news maker. Physical tussles over mics are not. Such behavior is unnecessary theater with no goal other than self aggrandizement. There are serious matters that require serious, pointed questions, and Mr. Acosta has proven time and again he is interested only in the pursuit of his own infamy. 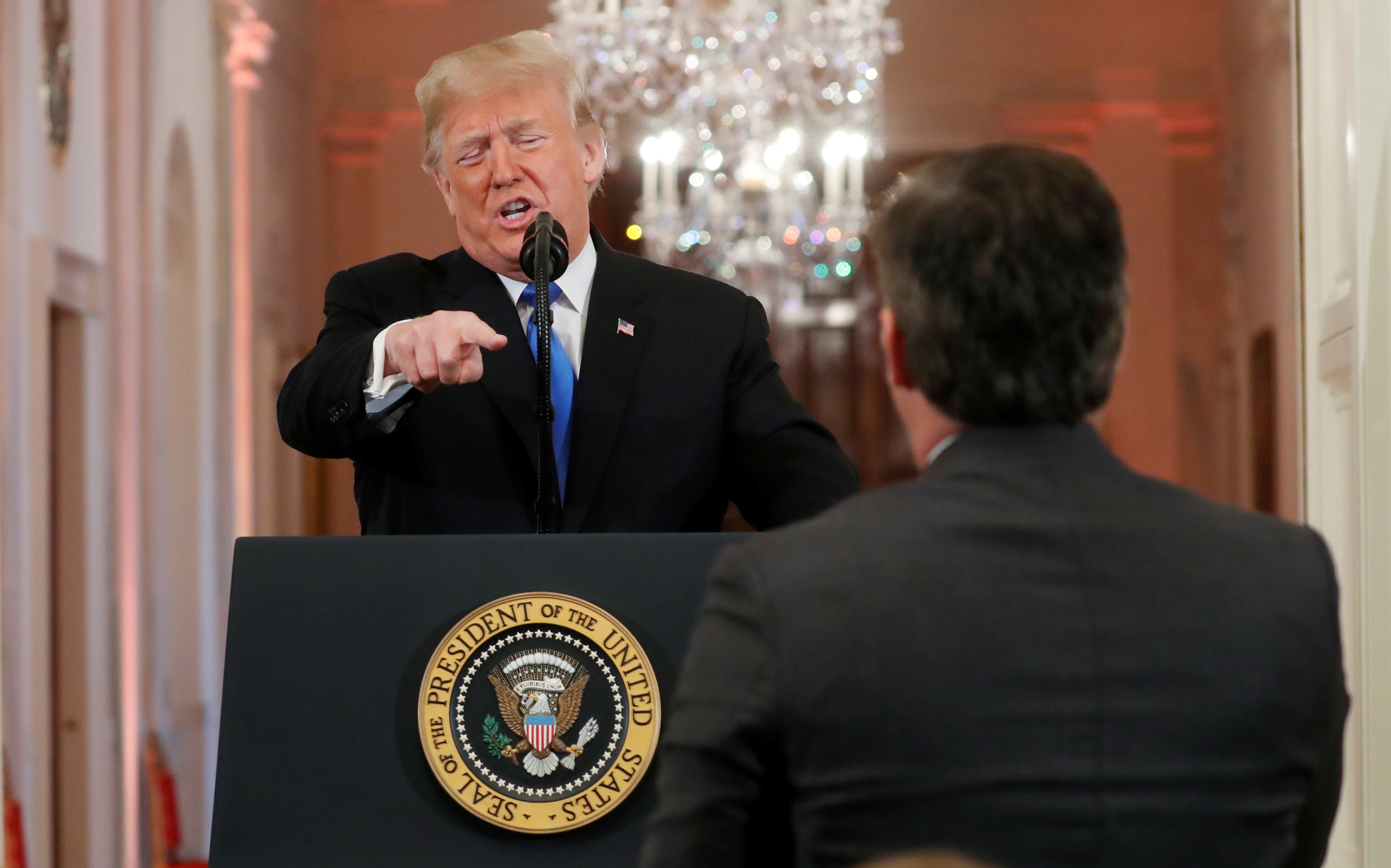 The White House made a big show of taking questions from reporters, counted them up and touted them as a sign of transparency in fact. Yet minutes after dismissing the press, Sessions was fired. Mr. Acosta’s out-of-order behavior played a central role in the theater that aided the White House strategy of distracting from the dismissal’s timing and its fallout.

For that reason, CNN should force him to apologize and remove him from his role.

The country and the standing of the press will improve as a result.