The sheriff’s deputy killed during a mass shooting at a bar in southern California “died a hero” trying to prevent the assailant from taking more lives, Ventura County Sheriff Geoff Dean said Thursday.

Sgt. Ron Helus, a 29-year veteran of the Ventura County Sheriff’s Office, was killed late Wednesday when he responded to an active shooter at the Borderline Bar & Grill in Thousand Oaks, California.

Helus was shot multiple times by the gunman as he entered the bar with an officer from the California Highway Patrol, Dean told reporters during an emotional news conference. He later died at an area hospital, one of 12 total victims killed in the attack. (RELATED: Suspect Identified In California Bar Shooting — Here’s What We Know)

“Ron was a hardworking, dedicated sheriff’s sergeant,” Dean said. “He was totally committed, he gave his all and tonight, as I told his wife, he died a hero. He went into save lives, to save other people.”

VC Sheriff’s Sgt. Ron Helus was a firearms instructor for more than 25 years. “During my time on the SWAT team, I was an instructor for the basic and advanced SWAT schools … I have a significant amount of other professional firearms training.” (Ron Helus photo) pic.twitter.com/zzc3SNLstz

Helus, 54, lived in Moorpark, California, a town north of Thousand Oaks. He is survived by his son and wife, whom he was talking to on the phone just before responding to the shooting.

According to posts on his Facebook page, Helus was an avid fly angler and outdoorsman. Many of the publicly available pictures on his page show Helus and his son trout fishing and exploring California’s rugged backcountry. 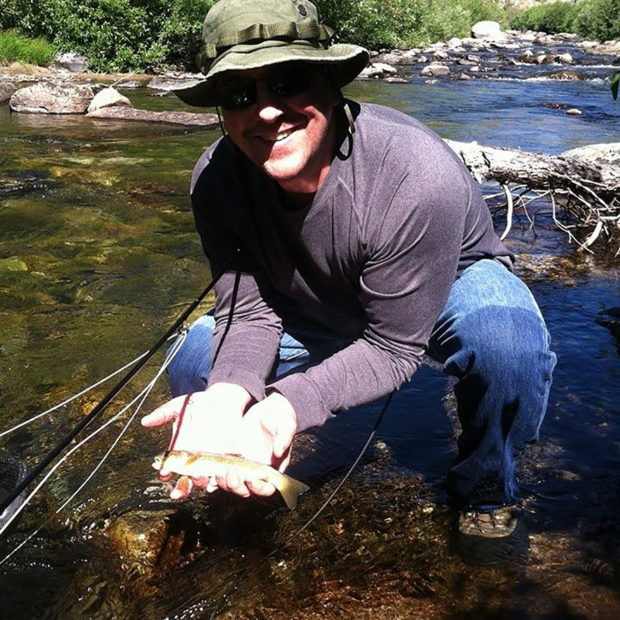 A firearms expert who taught weapons safety and concealed carry courses, Helus was contemplating retirement in 2019, Dean told reporters. The University of Oklahoma master’s degree holder also planned “to pursue my doctorate degree in the near future,” according to his LinkedIn page.

“There’s just no way to describe this,” Dean said. “It saddens us all and it tears at our hearts.”