The pontiff’s announcement of the promotion of Archbishop Charles Scicluna to deputy of the Congregation for the Doctrine of the Faith has largely been interpreted as a symbolic gesture intended to signal that the Vatican wants to improve its approach to the church’s sex abuse crisis.

Both Francis and other high-ranking church officials still face stiff criticism over their handling of the crisis, however, given ongoing revelations of systematic cover-ups and the fact that on Monday the Congregation of Bishops halted the U.S. Conference of Catholic Bishops’ (USCCB) vote to institute new protocols for addressing sex abuse and to establish a lay commission to investigate abuse cases. (RELATED: Pope Francis Claims Catholic Clergy Are Being Persecuted … Amid Abuse Crisis) 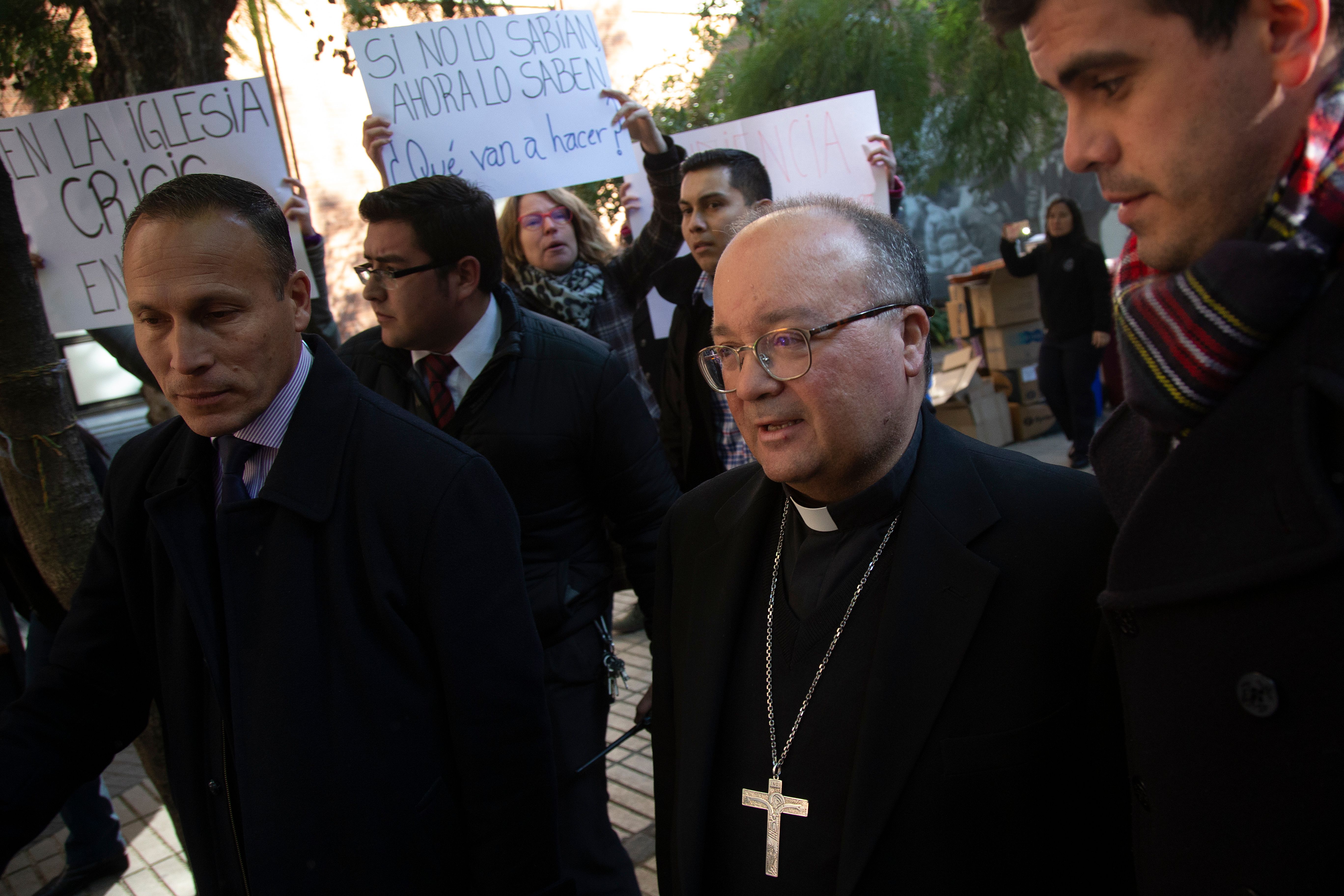 Students demonstrate against the sexual abuse scandal within the Church in Chile as Vatican’s top abuse investigator Maltese archbishop Charles Scicluna (R) visits Catholic University in Santiago on June 13, 2018. – Scicluna arrived in Chile on Tuesday, a day after Pope Francis accepted the resignation of three bishops from the scandal-wracked Chilean Church. Maltese archbishop Charles Scicluna and fellow papal envoy Jordi Bertomeu arrived to take witness statements from victims of sexual abuse within the Church and provide instruction to Chilean dioceses to respond adequately to any new complaints. (CLAUDIO REYES/AFP/Getty Images)

Scicluna previously served as the Congregation for the Doctrine of the Faith’s chief prosecutor of clerical sex crimes and instituted measures that made it easier for church officials to defrock abusive priests. Scicluna’s hard-line approach toward sex abuse sparked ire among certain Vatican officials, however, prompting Pope Benedict XVI to station Scicluna in Malta in 2012.

Francis’ promotion of Scicluna gives the archbishop greater authority over the congregation’s daily operations. Scicluna will remain the archbishop of Malta, but will frequent Rome in accordance with the responsibilities of his new position.

As for the debacle over the USCCB’s proposed reforms, USCCB President Cardinal Daniel DiNardo clarified that the decision to halt the vote until after a February meeting of bishop conference presidents in Rome came directly from the Vatican’s Congregation for Bishops, as opposed to directly from Francis.

The congregation flagged the USCCB’s proposed reforms for issues relating to church law, which stipulates that only the pope has the authority to discipline bishops or order an investigation into their activities. The Vatican’s ambassador to the U.S., Archbishop Christophe Pierre, echoed that sentiment Monday, implying that Vatican officials did not favor the idea of a lay commission overseeing the investigation of bishops implicated in sex crime allegations.

“There may be a temptation on the part of some to relinquish responsibility for reform to others from ourselves, as if we were no longer capable of reforming or trusting ourselves,” Pierre said. “Assistance is both welcome and necessary, and surely collaboration with the laity is essential. However, the responsibility as bishops of this Catholic Church is ours.”