U.S. District Court Judge Jesse Furman excoriated the Trump administration in a new order, after the U.S. Department of Justice asked to halt the ongoing trial over the citizenship question in the 2020 census.

The order keeps with a general pattern of impatience Furman has exhibited with government lawyers, as the administration attempts to slow the proceedings down and seek unusual forms of relief from Furman’s decisions in higher courts.

“Defendants’ motion makes so little sense, even on its own terms, that it is hard to understand as anything but an attempt to avoid a timely decision on the merits altogether,” Furman wrote in his latest decision.

The census forms will be printed in June, at which point the plaintiffs have little chance of removing the citizenship question.

Elsewhere in the order, the judge called the Justice Department’s positions “galling,” “puzzling, if not sanctionable,” and accused government lawyers of insulting his intelligence. He also noted the Justice Department has lodged 12 requests to delay proceedings since early September. Such “make-work,” he said, naturally irritates the courts.

“Unless burdening plaintiffs and the federal courts with make-work is a feature of defendants’ litigation strategy, as opposed to a bug, it is hard to see the point,” Furman wrote. “To borrow from Camus, ‘one must imagine Sisyphus happy.'”

The administration asked Furman to delay the citizenship question trial — which is essentially finished — because on Nov. 16 the U.S. Supreme Court agreed to decide whether Commerce Secretary Wilbur Ross should give a deposition in the case. The Commerce Department supervises the U.S. Census Bureau, and the decision to include the citizenship question came from Ross’s office.

The high court temporarily delayed the Ross deposition Oct. 22. Arguments as to whether the commerce secretary will ultimately give testimony will take place on Feb. 19, 2019.

The order is not the first peppery decision Furman released in this case. When the Supreme Court first delayed Ross’s testimony in October, Justice Neil Gorsuch wrote a separate opinion suggesting the high court should have gone further and stayed a Furman order granting the plaintiffs expanded access for deposing senior officials. 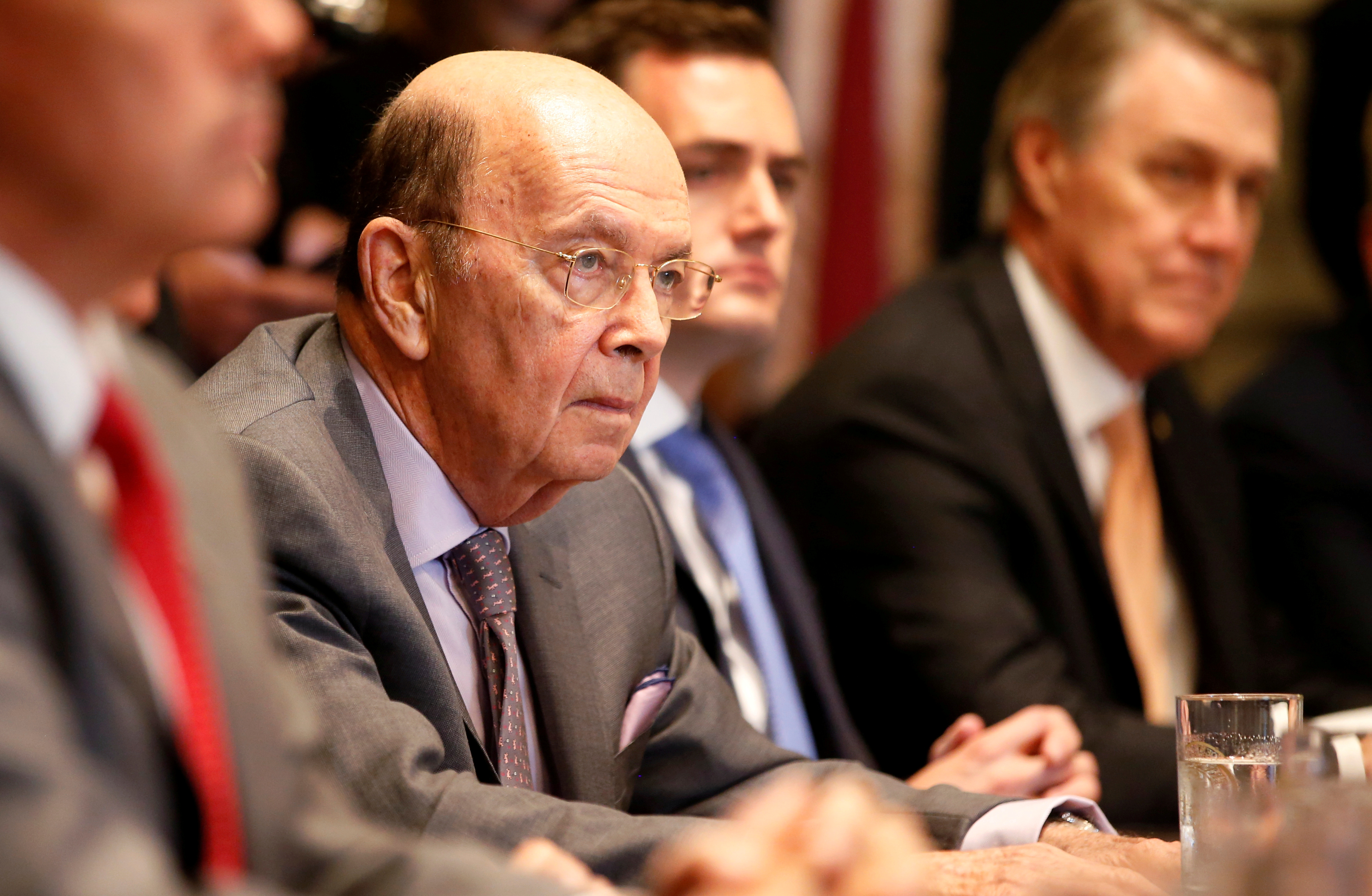 Secretary of Commerce Wilbur Ross listens as President Donald Trump speaks during a meeting in the Cabinet Room about immigration at the White House. June 20, 2018. REUTERS/Leah Millis

Courts rarely allow plaintiffs to seek testimony from top government officials, and seldom probe the internal deliberations or motivations of policymakers. Furman allowed the plaintiffs to depose Ross and other senior staffers, however, when evidence emerged that the secretary had lied about the reason the citizenship question was added.

“In the case before us the district court held that the plaintiffs…had made a ‘strong showing’ that Secretary Ross acted in ‘bad faith’ and were thus entitled to explore his subjective motivations through ‘extra-record discovery,’ including depositions of the secretary, an acting assistant attorney general, and other senior officials,” Gorsuch wrote. “In two weeks, the district court plans to hold a trial to probe the secretary’s mental processes.”

“This is all highly unusual, to say the least,” he added. (RELATED: In Rare Public Statement, Chief Justice Rebukes Trump’s Rhetoric On The Judiciary)

In a subsequent order, Furman replied directly to Gorsuch, saying the Trump administration’s actions — and not his own — were abnormal.

“It is the government’s conduct in this case, not the [district] court’s review, that is ‘highly unusual, to say the least,'” Furman wrote, citing Gorsuch’s opinion.

In another portion of the same order, Furman said Gorsuch was wrong to assert that the plaintiffs would not incur harm if the expanded discovery was temporarily delayed.

The judge, who is based in New York City, went on to question why the local U.S. attorney’s office was not representing the government in this matter, as is usually the case in his court. The remark was an unsubtle suggestion that career prosecutors in New York did not want to be associated with the administration.

The Constitution requires a census every 10 years to apportion seats in the House of Representatives. The plaintiffs in this case are a coalition of Democratic states and cities who fear the citizenship question could discourage immigrant participation in the census, thus depriving liberal enclaves of federal funds and representation in Congress.