Defeated Georgia Democratic gubernatorial candidate Stacey Abrams revealed on Monday that she has her eyes set on advancing her political career and she’s considering a number of options.

After losing in November to Republican Gov.-elect Brian Kemp, Abrams has been mulling over a second run for the position when his term expires in 2022, according to Politico. However, she is also considering running for Georgia’s U.S. Senate seat when Republican Sen. David Perdue is up for re-election in 2020.

“I am thinking about both [a senate and gubernatorial run],” Abrams said while attending the progressive Way to Win conference in California. Way to Win, an organization whose mission is to fundraise for left-wing political campaigns, contributed roughly $22 million in 2018 towards political efforts. (RELATED: Stacey Abrams’ ‘Voter Suppression’ Lawsuit Attacks Legislation She Sponsored)

“Georgia is my state,” she continued. “The changes I talked about in this campaign remain changes I believe are necessary for our state to continue to progress, to serve the entirety of our state, and that the issues that I raise remain urgent and important.”

However, her political ambitions may not stop at just the state of Georgia. Though she maintains that she had not thought about a presidential run, she admitted that she is “open to all options.”

Abrams, who has refused to refer to Kemp as the “legitimate” governor-elect after his win in November, has accused Republicans of racist voter suppression. A spokeswoman for Abrams’ campaign released a statement in October claiming that Kemp is “maliciously wielding the power of his office to suppress the vote for political gain and silence the voices of thousands of eligible voters — the majority of them people of color.” Following Abrams’ loss, she has appeared regularly on cable news shows repeating those assertions. 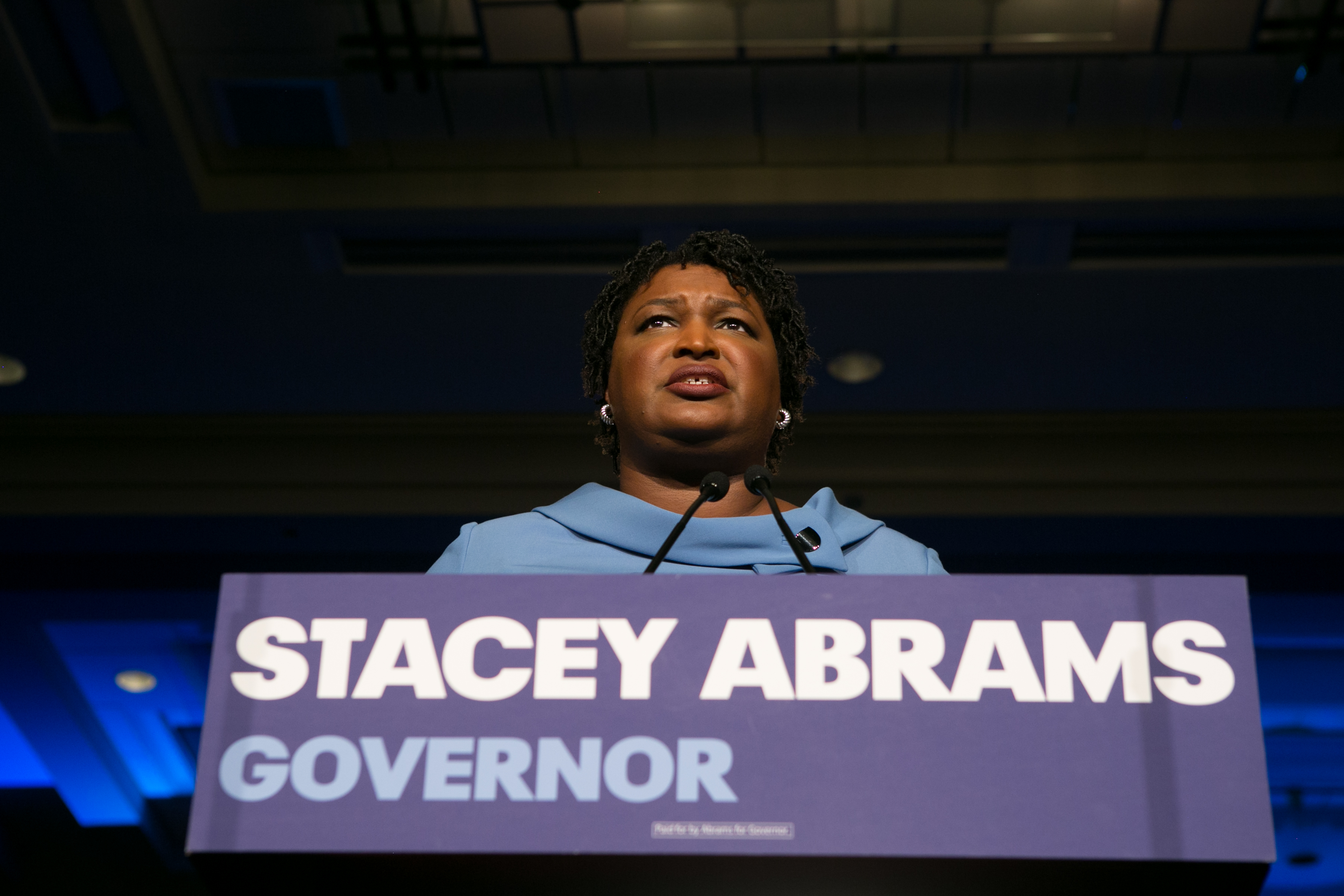 Following the election, Abrams and her voter initiative, Fair Fight Action, sued the state of Georgia over alleging widespread voter suppression. Interestingly, the lawsuit condemns legislation that Abrams herself helped pass as a member of the Georgia General Assembly. The lawsuit is still pending before a federal court.

While speaking at the Way to Win conference, Abrams continued to espouse the same voter suppression allegations, contending that Georgia officials executed a “systemic attempt to narrow the electorate.” However, despite her repeated claims of voter suppression, she acknowledged that voter turnout was the highest it had ever been and because of that she declared progressives actually “won.”

“The Deep South is rising again,” Abrams told the crowd. “And we will not stop.”