House Minority Leader Nancy Pelosi is reportedly meeting with members of her own party to discuss term limits for party leaders and committee chairs, just weeks before she is expected to become the next House speaker.

Pelosi has reportedly had multiple meetings with Democrats in the House who have vocally opposed her run for the next speaker of the House when Democrats take over the majority in January, according to a Politico report, which cited four sources with knowledge.

In the meetings she has reportedly been trying to win over their support, and in return has offered a proposal that would put term limits in action for party leaders, including herself. (RELATED: Protesters Arrested Inside Nancy Pelosi’s Office Demanding Dems Address Climate Change) 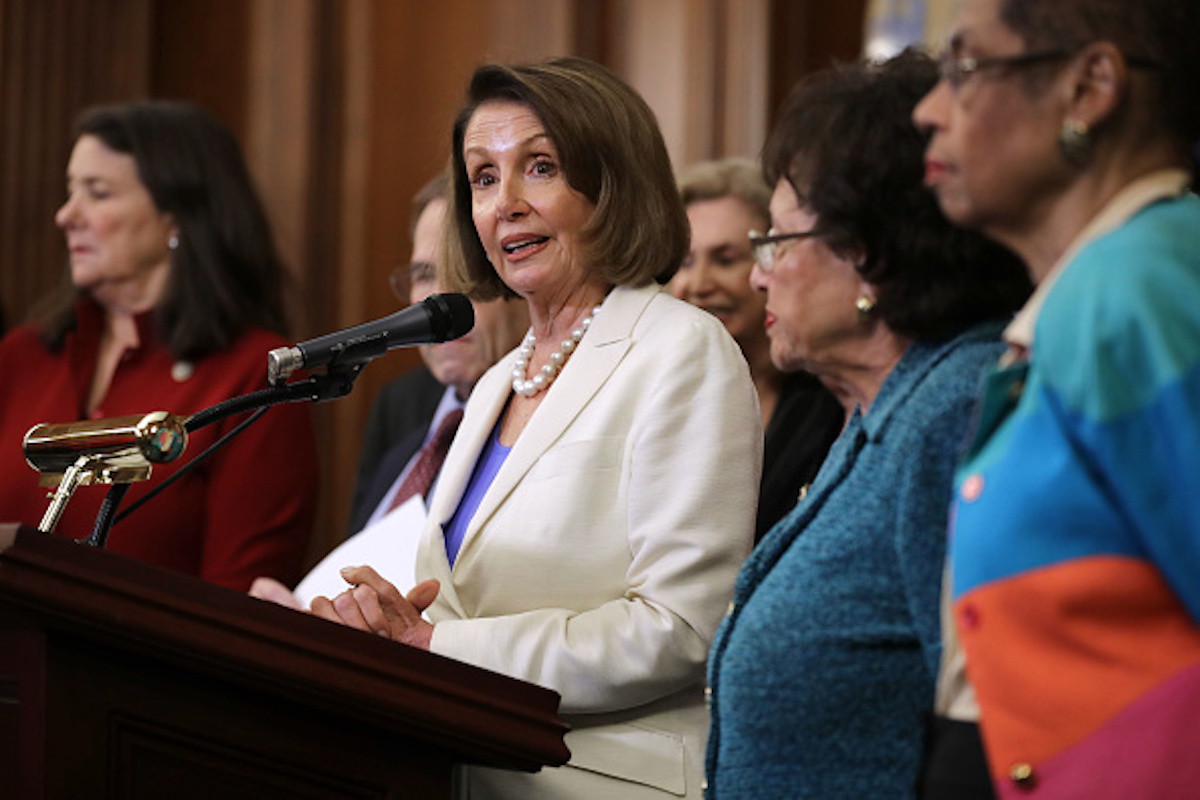 House Minority Leader Nancy Pelosi is joined by Democratic members of the House of Representatives to rally support for Christine Blasey Ford in the Rayburn Room in the U.S. Capitol Sept. 26, 2018 in Washington, D.C. (Photo by Chip Somodevilla/Getty Images)

The minority leader is set to become the next speaker of the House when the 116th Congress convenes on Jan. 3, after she received enough votes on her behalf in order to secure the nomination on Nov. 28.

Pelosi’s office did not respond to The Daily Caller News Foundation in time for publication.