Democratic leaders met with Trump in the Oval Office to discuss legislative priorities for the new Congress, hoping to avoid a shutdown over border wall funding.

The meeting quickly grew heated as Trump accused Democratic leaders Nancy Pelosi and Chuck Schumer of not wanting a secure border. Pelosi and Schumer traded barbs with Trump over wall funding and potential legislative roadblocks. Trump demanded funding for the border wall and said he was not scared of a government shutdown. 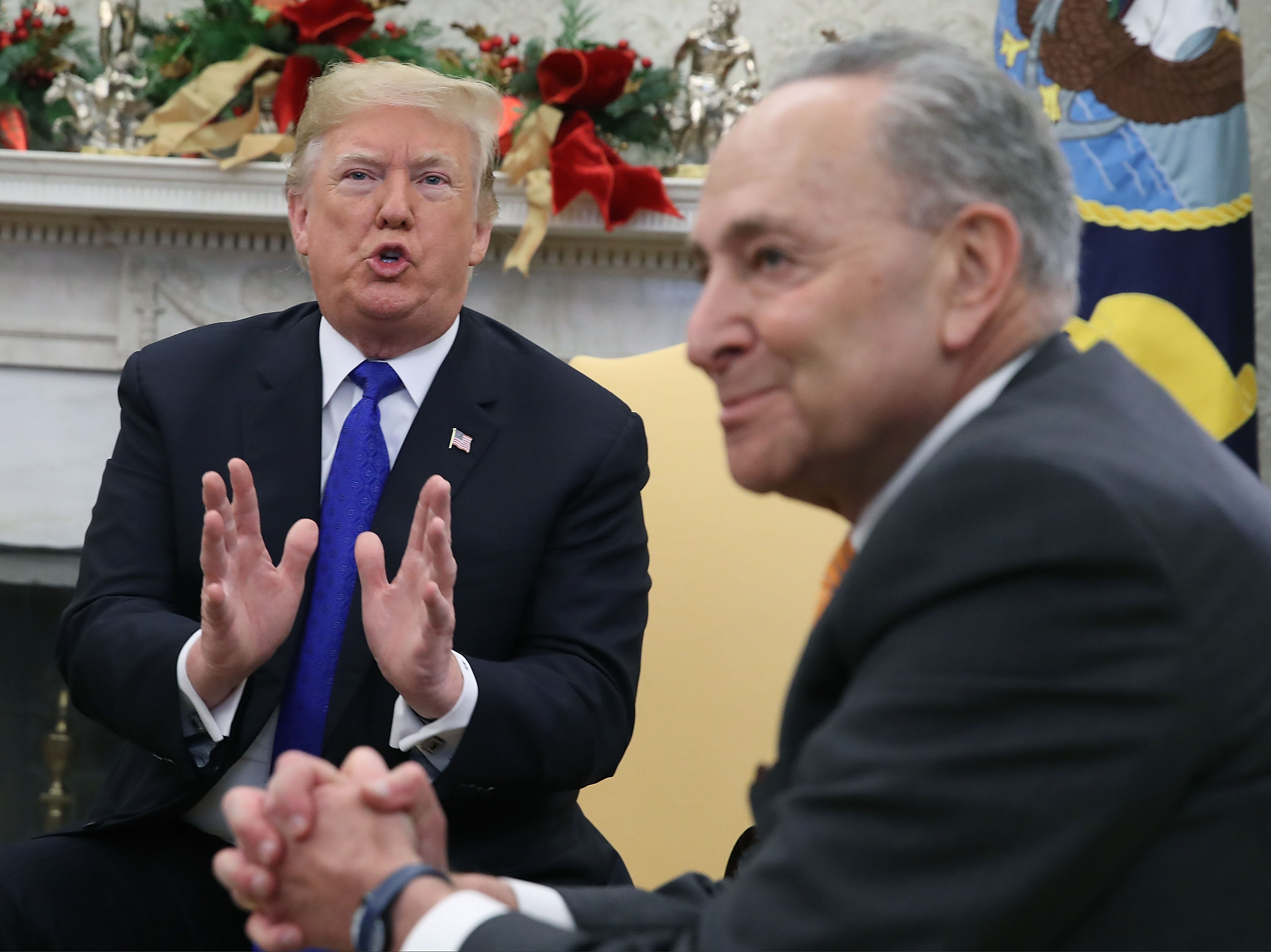 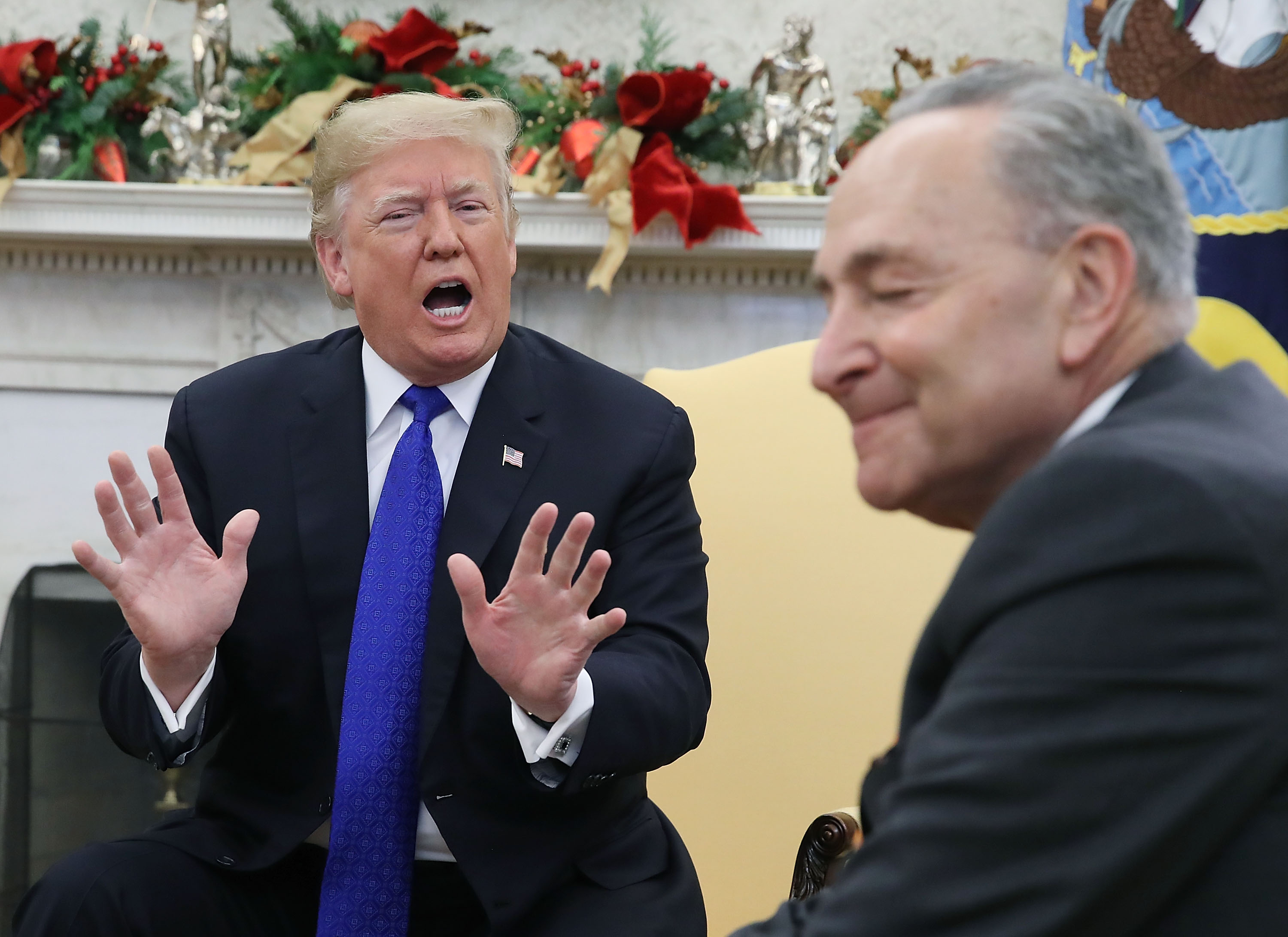 “The last time you got killed,” Trump told Schumer in a tense moment, citing a relatively recent government shutdown. After the meeting, Pelosi and Schumer approached reporters waiting outside the White House. Pelosi corrected herself in declaring that Trump was giving the American people a shutdown as a “Christmas present.”
“Unfortunately, the president chooses to shut down the government,” Pelosi said. “We have a ‘Trump Shutdown’ as a Christmas present — a holiday present — to the American people.”

Trump has regularly chided politically correct Democrats for saying “holiday” instead of “Christmas.”

The government will shut down if Congress cannot pass a funding bill in the coming weeks.