Justice Ruth Bader Ginsburg fully recovered from a November health scare, which saw the liberal darling fracture three ribs in a fall at the high court.

Speaking Saturday to NPR’s Nina Totenberg at the Museum of the City of New York, Ginsburg said she was “almost repaired” following the fall and had resumed her normal fitness regime.

“Yesterday was my first day doing my whole workout routine,” she said.

Ginsburg trains regularly with a fitness guru who recently published a book called “The RBG Workout.”

“[Justice Ginsburg] went home, but after experiencing discomfort overnight, went to George Washington University Hospital early this morning,” the Supreme Court public information office said Nov. 8. “Tests showed that she fractured three ribs on her left side and she was admitted for observation and treatment.”

The fall did not seem to inhibit Ginsburg’s work. Though she was absent for Justice Brett Kavanaugh’s ceremonial investiture Nov. 8, she did not miss any official business. Nine days after her fall, the justice was present at the White House when President Donald Trump awarded the Medal of Freedom to the late Justice Antonin Scalia. 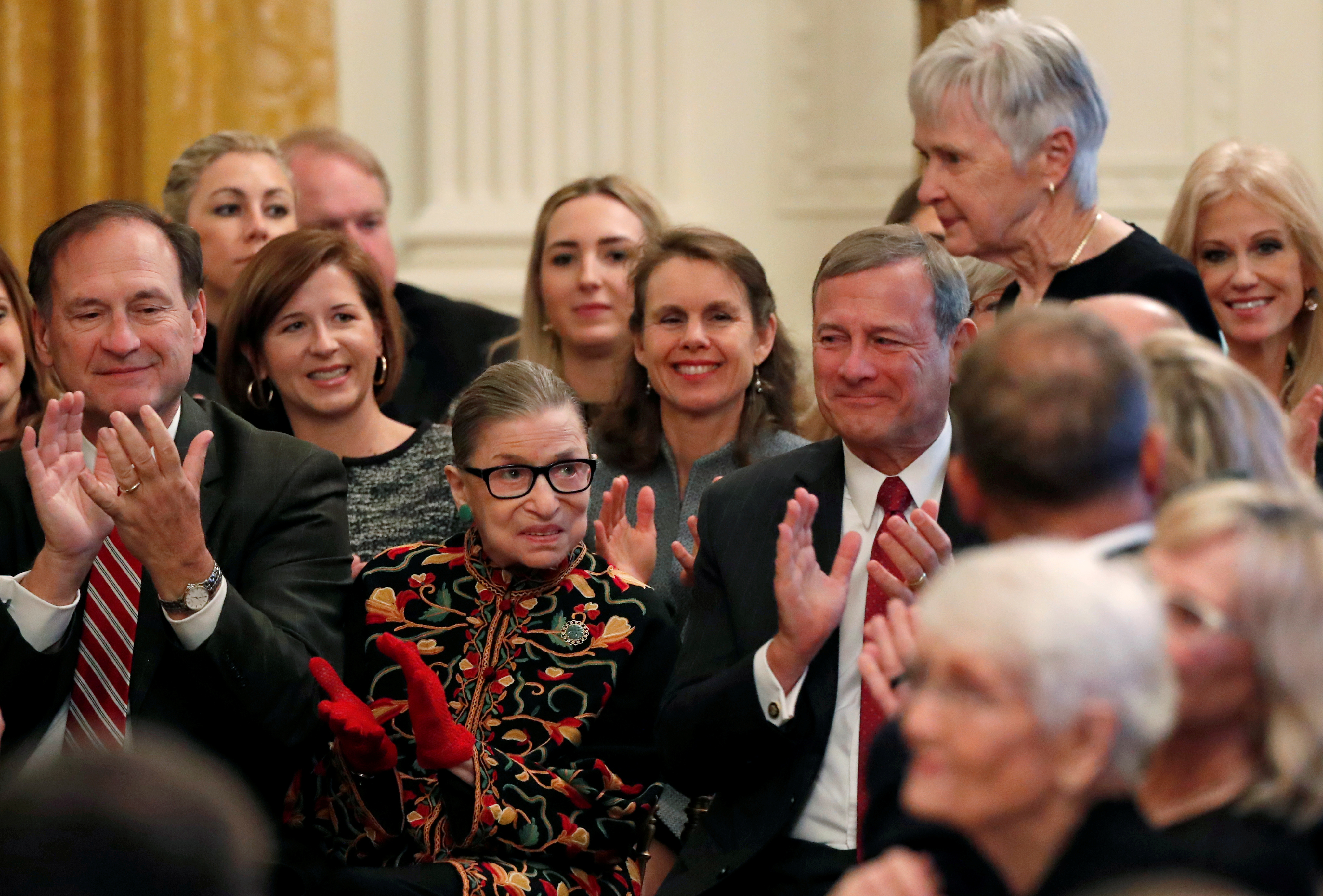 Justice Ruth Bader Ginsburg applauds as Maureen McCarthy Scalia, the wife of late Justice Antonin Scalia, walks to the stage during a ceremony where President Donald Trump awarded the 2018 Presidential Medal of Freedom to Scalia in the White House. REUTERS/Leah Millis

Elsewhere in the interview, Totenberg asked Ginsburg about a lurid sex scene in the new biopic “On The Basis of Sex,” a dramatic depiction of the justice’s life. Felicity Jones leads as a young Ginsburg and Armie Hammer appears as her husband, Marty Ginsburg, who died in 2010.

“Marty would have loved it,” the justice replied.