North Carolina’s Republican-dominated State House and Senate both voted to override a veto from the state’s Democratic governor to pass a bill that would require voters to show photo ID at the polls.

Democratic Gov. Roy Cooper had vetoed the bill, which was approved by 55 percent of the states’s voters on the November ballot, but both legislative chambers voted to override the veto and pass the bill.

N.C. House enacts voter ID law with twenty-first veto override of Gov. Cooper, delivering election integrity to North Carolinians. I’m proud of the commitment House lawmakers made to finish this accomplishment and fulfill the will of the people.
https://t.co/dxZZV0dg2m

The House margin to override the veto was 72-40, according to the News & Observer. However, only “minutes” after the House vote, the Southern Coalition for Social Justice challenged the law by filing a lawsuit in Wake County Superior Court. (RELATED: The Myth Of ‘Racist Voter ID Laws’ REFUSES To Die)

Democrats had hoped to delay any vote on the law until next year, when Republicans will no longer have veto-proof majorities, but Republicans pressed on. State Rep. Jimmy Dixon was particularly critical of Gov. Cooper. 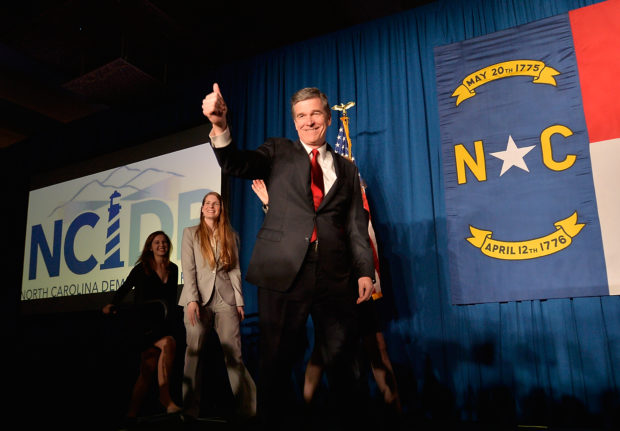 “You have betrayed the majority of the hard-working, honest people of North Carolina who put this provision into our constitution,” said Dixon said of the governor. “You should hang your head in shame.”

People who don’t have the required ID would be able to cast provisional ballots after signing an affidavit at the polls explaining why they do not have one.

Democrats often bring up a history of voter suppression, literacy tests and civil rights issues when arguing against measures like Voter ID, but many Republicans fail to see how any of that has to do with requiring everyone who votes to prove they are who they say they are.

“The Republicans are the party of emancipation,” said Rocky Mount Republican Rep. Jeff Collins. “I get tired of getting blamed for things the Democrats have done.”