President Donald Trump said he would not feel right going on a planned Christmas vacation to his residence in Florida during a partial government shutdown during a Christmas Day session in the Oval Office.

The president was previously scheduled to spend more than two weeks in Florida for a Christmas vacation.

Trump arrived in the Oval Office to make phone calls around the world to U.S. service-members stationed abroad. The president then veered into a prolonged back and forth period with assembled reporters and assailed Democratic lawmakers for not giving in to his demands for border wall funding. (Related: TRUMP ASKS 7-YEAR-OLD IF HE STILL BELIEVES IN SANTA) 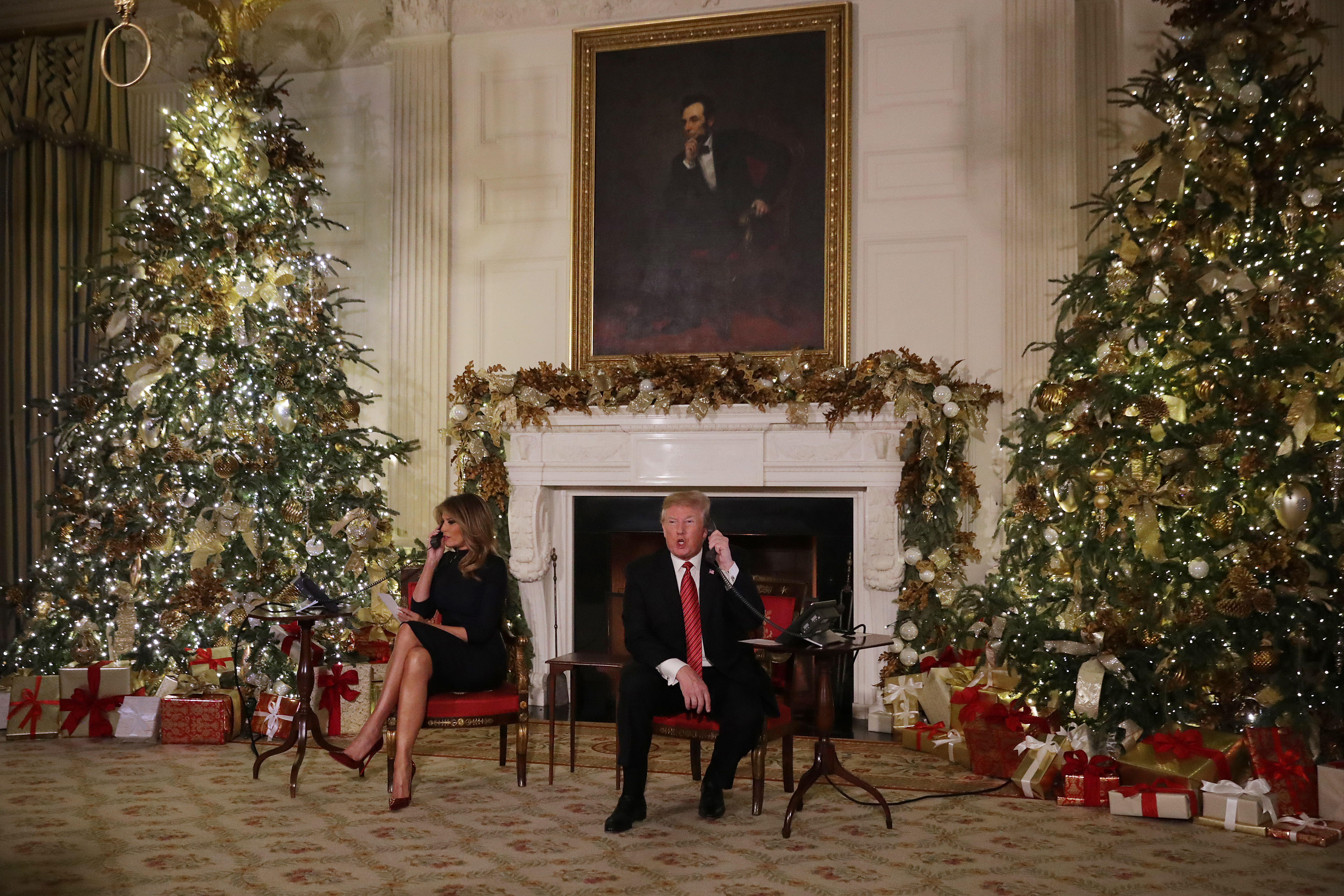 U.S. President Donald Trump (R) and first lady Melania Trump take phone calls from children as they participates in tracking Santa Claus’ movements with the North American Aerospace Defense Command (NORAD) Santa Tracker on Christmas Eve in the East Room of the White House December 24, 2018 in Washington, DC. This is the 63rd straight year that NORAD has publicly tracked Santa’s sleigh on its global rounds. (Photo by Chip Somodevilla/Getty Images)

Trump is demanding $5 billion in funding for a wall along the U.S. southern border with Democratic lawmakers saying they will give him no more than $1.6 billion. The showdown progressed into a partial government shutdown before the Christmas holiday with lawmakers expected to trudge back to Washington, D.C., on Dec 27.

The president told reporters that no current progress has been made in terms of negotiations with Democrats and that he simply was waiting to see if lawmakers would give in to his demands.