A tsunami triggered by a volcano struck one of the most populated areas of Indonesia Saturday, injuring or killing hundreds and displacing tens of thousands.

The Anak Krakatau volcano, located in the Sunda Strait between the islands Sumatra and Java, began erupting a day before the tsunami struck, triggering underwater landslides that pushed massive waves onto nearby beaches.

The tsunami swept through the strait, taking Indonesian authorities by surprise, killing more than 430 people and injuring at least 1,500. The disaster displaced roughly 22,000 people who lived on the coasts of the Sunda Strait. (RELATED: Harrowing Video Shows Massive Indonesian Tsunami Wiping Out Concert Venue)

The Red Cross has sent around 400 staff and volunteers to the disaster area to help search and rescue efforts as well as provide temporary shelter and food to people whose homes were damaged or destroy.

“Our teams are seeing many broken bones and broken homes, and people who are very shaken. Indonesians have withstood a string of disasters this year and with them, so much loss and misery,” Indonesian Red Cross disaster management head Arifin M. Hadi told CNN.

This is the state of devastation and destruction in #Indonesia, after a #tsunami struck without warning days ago. pic.twitter.com/LyZGhmeH4P 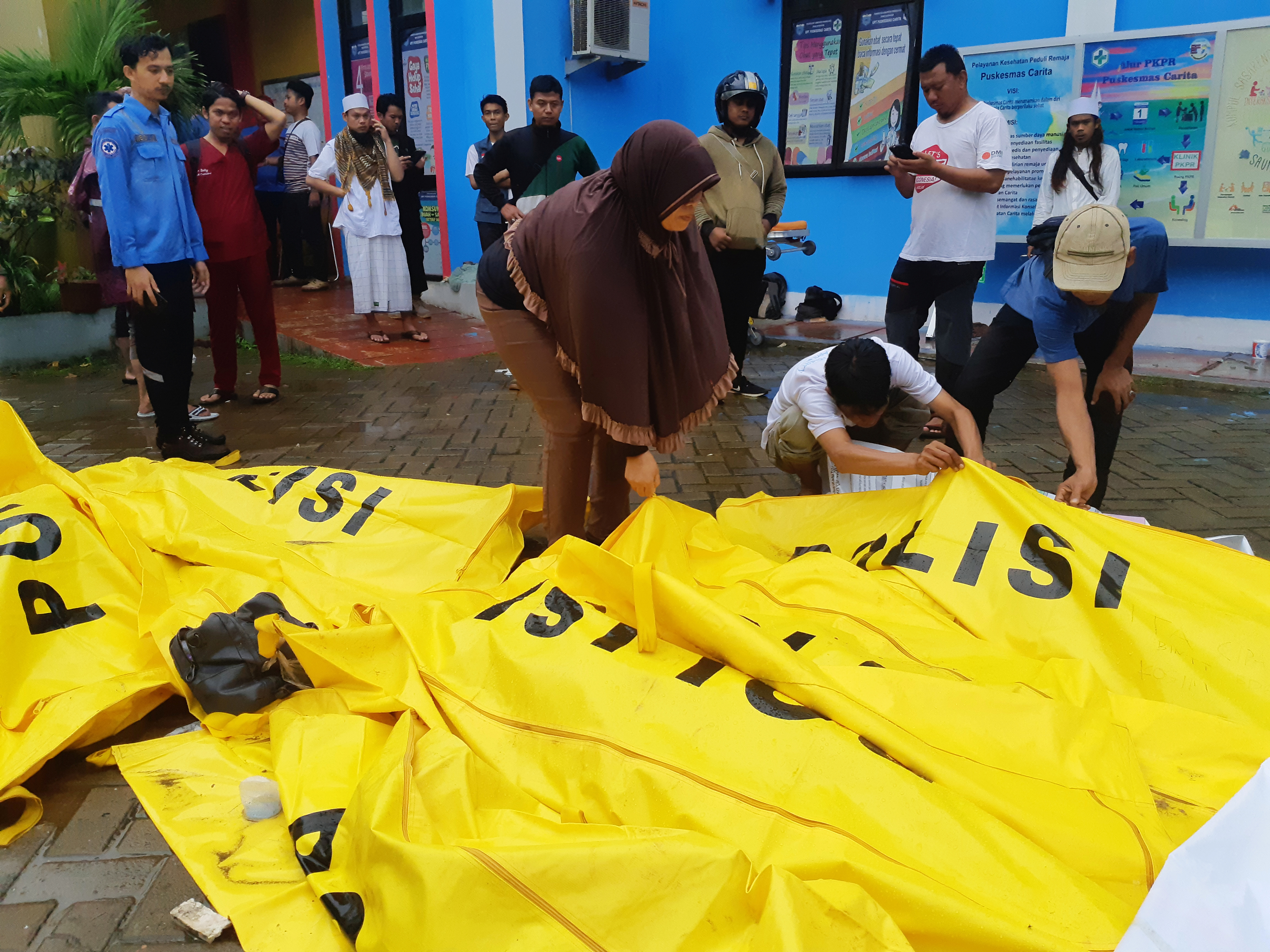 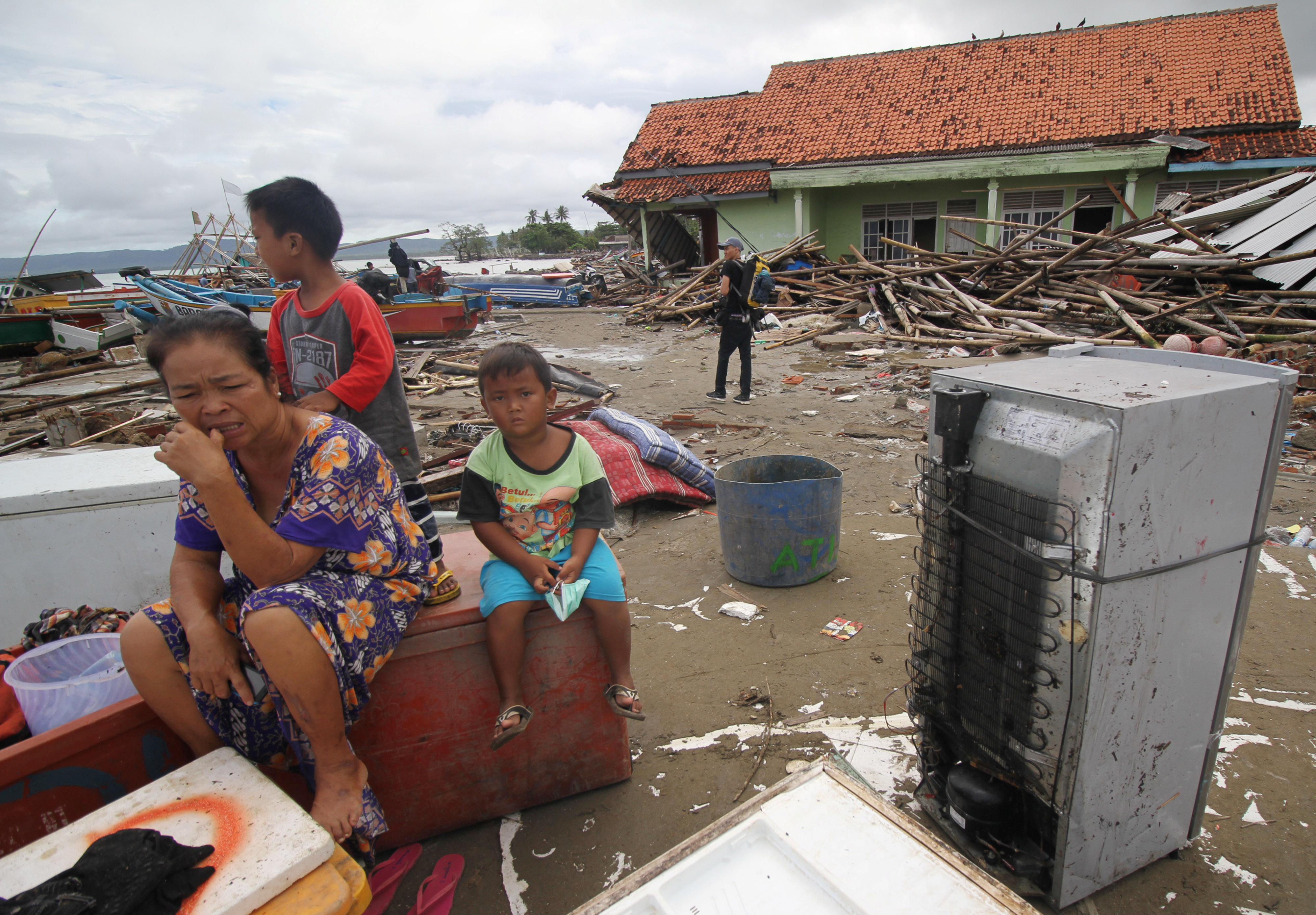 Residents and emergency crews are digging through wreckage to save anyone trapped or recover the bodies of people killed. Survivors searched through body bags looking for friends and family that have been missing since the disaster struck.

The tsunami swept over beaches and through communities without warning. In one instance, the wave crashed through a beach tent where a concert was being held. Water crashed through from behind the stage and swept over the band and audience. Many were caught in the strength of the water and swept out to sea before they could grab onto any kind of anchor. 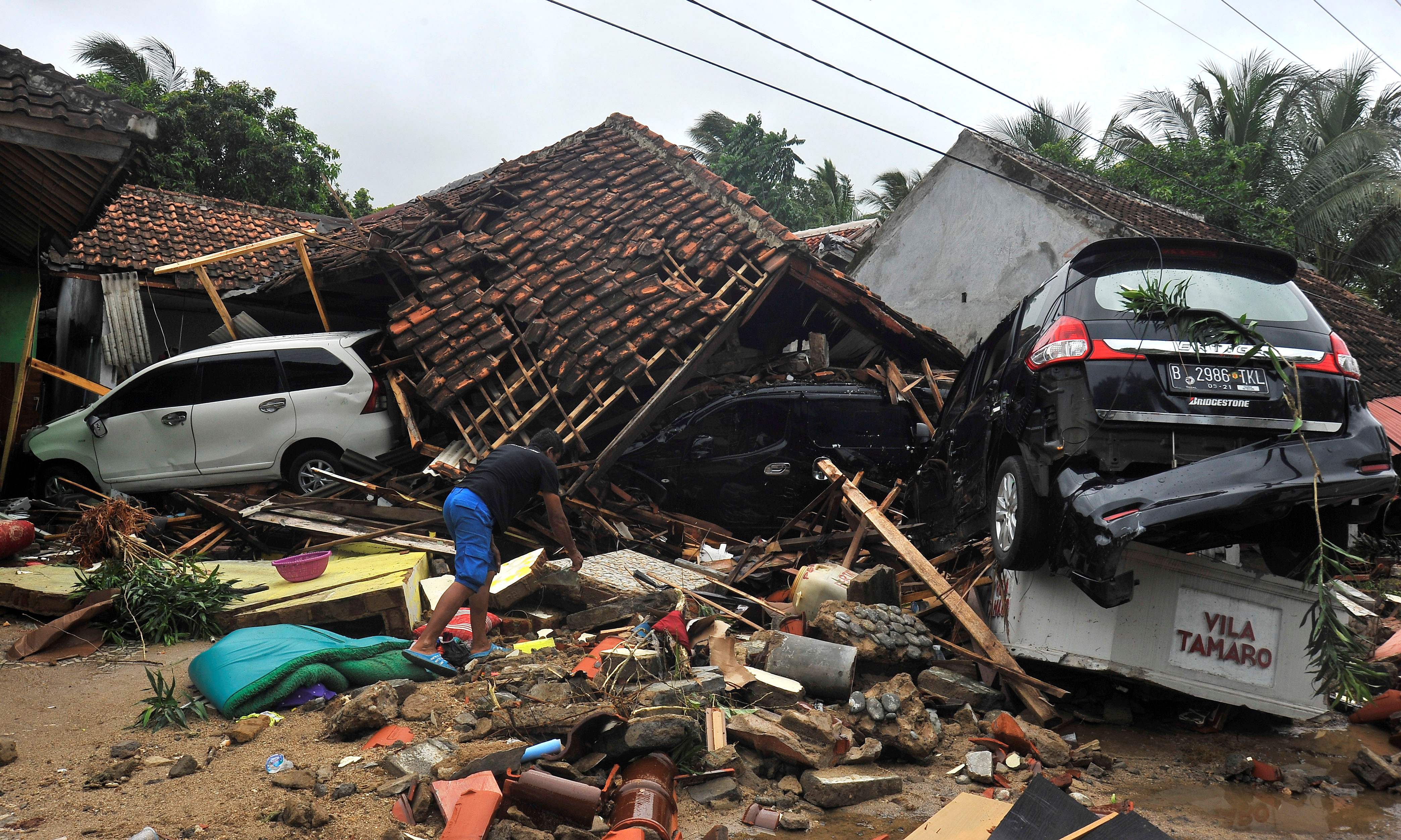 A resident searches for items among the ruins of a villa after the area was hit by a tsunami, at Carita beach in Padeglang, Banten province, Indonesia, Dec. 23, 2018. Antara Foto/Asep Fathulrahman/ via REUTERS 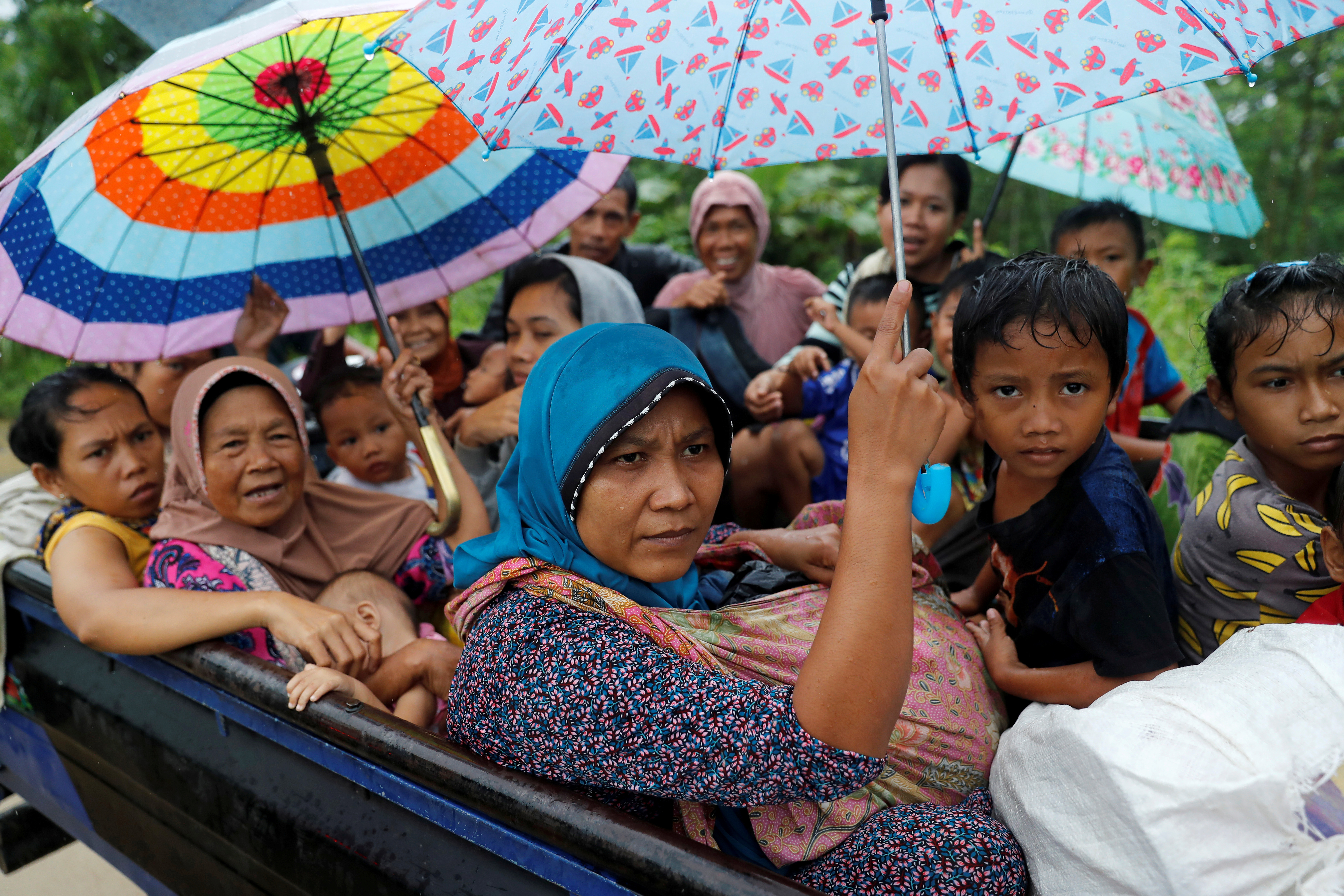 Indonesian authorities placed seismic sensors around Anak Krakatau Wednesday and raised the volcano’s threat level to three, the second-highest ranking, as rumblings continue. Authorities have begun diverting flights and evacuating thousands because of fears that an eruption could cause another tsunami.