President Donald Trump revealed to reporters Wednesday afternoon what he did on Christmas when he was alone in the White House.

“I was here on Christmas evening, I was all by myself in the White House. That’s a big, big house. Except for all the guys out on the lawn with machine guns… I was waving to them. I never saw so many guys with machine guns in my life. Secret Service and military. These are great people,” Trump began. 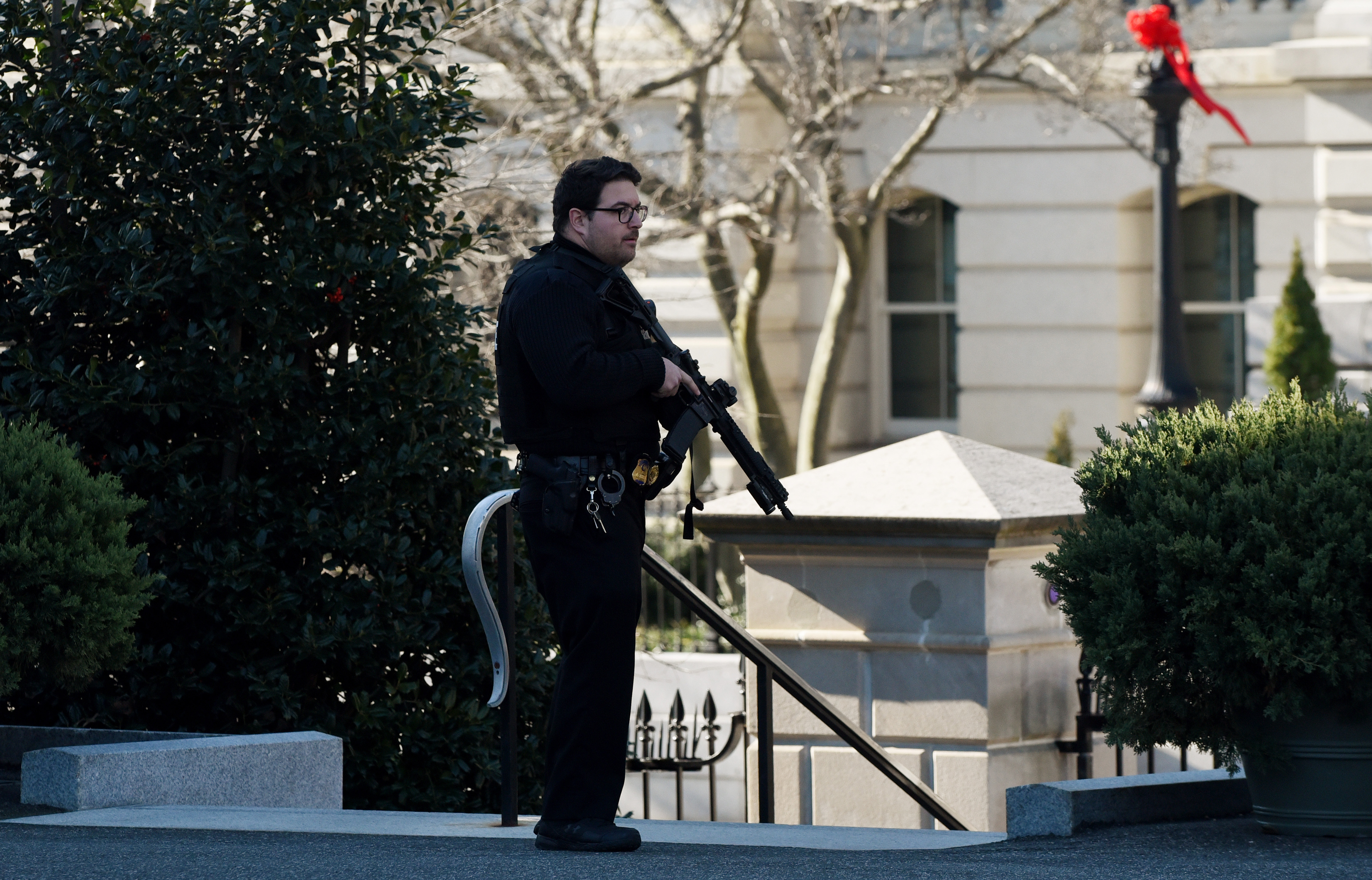 WASHINGTON, DC – DECEMBER 23: A Secret Service officer stands guard near the West Wing at the White House during a lock-down for a suspicious activity near the White House grounds on December 23, 2018 in Washington, DC. (Olivier Douliery/Getty Images)

He added, “They don’t play games. They don’t like wave. They don’t even smile. But I was there all alone with the machine gunners. I felt very safe. I have to tell you. Great people. There’s a lot of them. But I was hoping that maybe somebody would come back and negotiate.”

The president scrapped his vacation to Florida and remained at the White House in the event Congress came to an agreement to end the partial government shutdown. Despite staying in Washington D.C., negotiations on a resolution did not happen over the holiday. (RELATED: Trump Asks 7-Year-Old If She Still Believes In Santa)

The shutdown revolves around Trump’s demand for over $5 billion in funding to build a wall along the southern border with Mexico. Democrats have offered to give him $1.6 billion or about 30 percent of what Trump has asked for. That money, however, would go toward “border security” and not be allocated for a wall.