An NPR reporter warned readers not to expect greatness when they open up California Democratic Sen. Kamala Harris’s new book in a review Tuesday.

“As with many campaign books, ‘The Truths We Hold’ reads as a memoir-but-not-really. Harris does tell her life story, but she uses it as a vehicle for telling us what she really wants us to know about her. … So is it a great book? No. No, it is not,” NPR’s Danielle Kurtzleben wrote.

“The Truths We Hold: An American Journey” hit bookshelves Tuesday as Harris began what Politico called a “soft launch” of her 2020 presidential campaign. The senator will make stops across the country as part of her book tour, hitting “Good Morning America” and “The View” Tuesday and “The Late Show with Stephen Colbert” Thursday, reported Politico.

Harris first announced the book in July, feeding 2020 presidential run rumors that were already swirling around her. (RELATED: Here Are Six Republican Women To Watch In 2019)

Book deals, which can be quite lucrative, are par for the course for presidential hopefuls. Independent Vermont Sen. Bernie Sanders, a Democratic presidential candidate in 2016, made almost $1 million off his 2016 book “Our Revolution: A Future to Believe In.”

Massachusetts Democratic Sen. Elizabeth Warren released her book “This Fight Is Our Fight” in 2017 and has launched a 2020 presidential exploratory committee. In addition, she received a $525,000 advance for her 2014 memoir “A Fighting Chance,” reported The Hill. 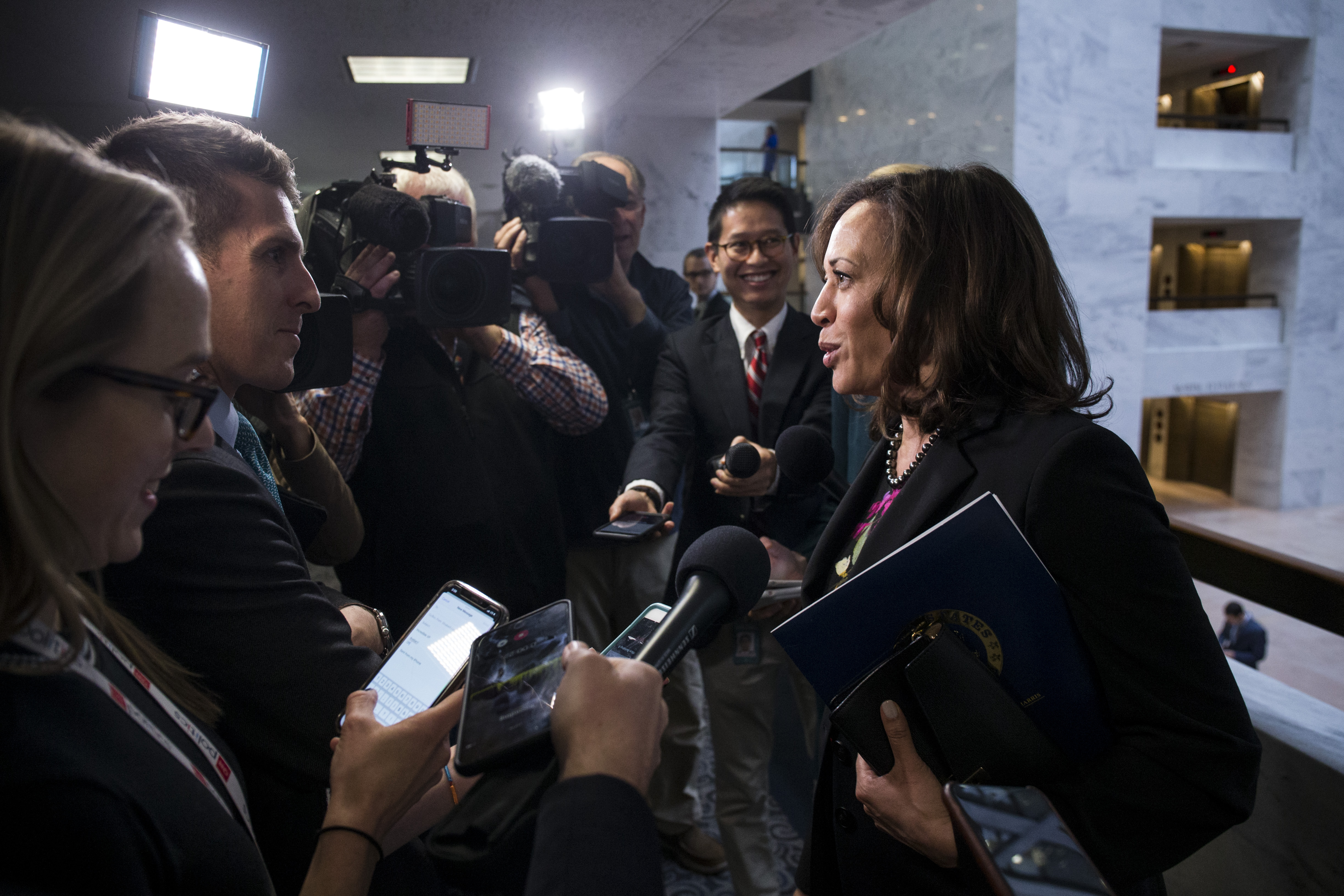 Harris’s book draws on all aspects of her life, from her childhood to her time as a prosecutor. NPR reviewer Kurtzleben calls it an “effective” campaign book, but she also calls out misleading passages of “The Truths We Hold.”

Kurtzleben wrote in the review:

For example, Harris talks about her frustration with immigration policy in 2014, when “a big push was coming out of DC to expedite the decision-making process so that they could quickly turn undocumented kids and families back.”

Readers who have paid close attention to history might remember that in 2014, the president was Barack Obama. And while in other parts of her book Harris approvingly name-checks Obama — a popular guy whom she might want to deliver a stump speech or two — she forgets to name him here.

Publisher Penguin Books said Harris’s book focuses on “the core truths that unite us, and the long struggle to discern what those truths are and how best to act upon them, in her own life and across the life of our country.”

Harris has already written one book, “Smart on Crime,” which she published in 2009 before she became California attorney general in 2010.

Read an excerpt of “The Truths We Hold” posted by ABC News here.