President Donald Trump shared an image of a “very high, strong and beautiful” portion of wall on the U.S. border with Mexico via Twitter Friday.

“The Fake News Media keeps saying we haven’t built any NEW WALL,” Trump wrote on Twitter. “Below is a section just completed on the Border. Anti-climbing feature included. Very high, strong and beautiful! Also, many miles already renovated and in service!”

The Fake News Media keeps saying we haven’t built any NEW WALL. Below is a section just completed on the Border. Anti-climbing feature included. Very high, strong and beautiful! Also, many miles already renovated and in service! pic.twitter.com/UAAGXl5Byr

He included an image labeled “30-foot Bollard wall constructed and installed” that appeared to be dated Oct. 1. The tweet did not make clear where the portion of wall was located.

Trump shared the photo just a day after visiting the nation’s southern border Thursday. The president is asking for $5.7 billion in funding for a southern border wall and is trying to negotiate his way out of a partial government shutdown that began Dec. 22 when Democrats refused to fund it. (RELATED: Trump Passed Out Candy During Wednesday Wall Funding Meeting, But It Didn’t Sweeten The Deal For Democrats)

Trump’s jab at the “Fake News Media” may stem from accusations that the president has claimed an extended border wall is already under way. An NPR fact check found that the president’s Dec. 11 claim that “we’re building new walls right now” rings true. The president discussed building and renovating border barriers, and NPR added:

In 2017, the president managed to secure about $1.6 billion for border protection projects, but they are primarily for fortifying existing border fencing, not expanding the current wall.

The U.S.-Mexico border is nearly 2,000 miles long, and about 650 miles of barriers like fencing or walls can be found in certain stretches along the border, according to The New York Times.

In addition, CNN’s Jim Acosta reported from a section of wall in McAllen, Texas, Thursday and his barb at Trump that he did not “see anything resembling a national emergency situation” drew a response from the president. 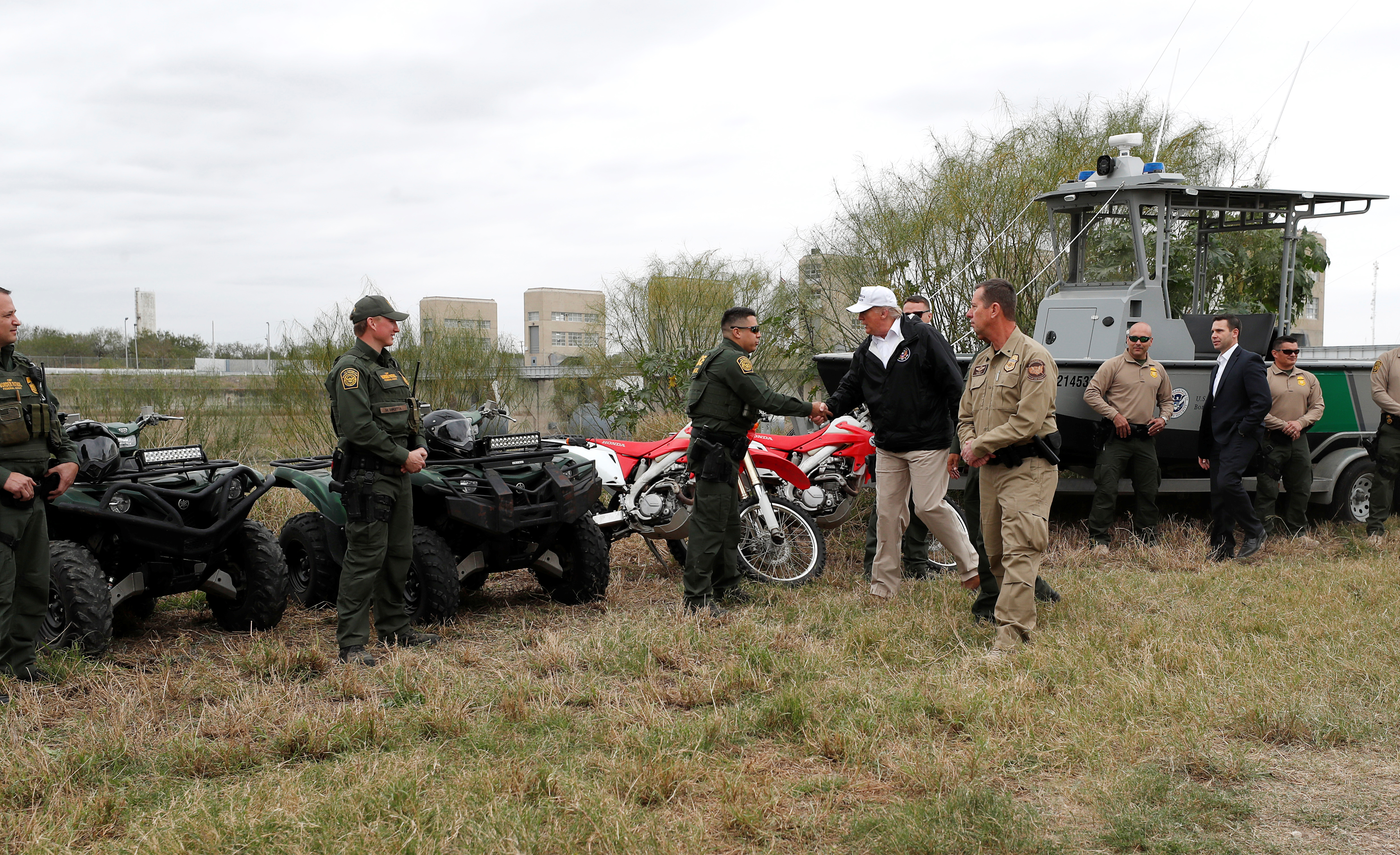 U.S. President Donald Trump greets U.S. Border Patrol agents standing with their all terrain vehicles, motorcycles and a boat on the banks of the Rio Grande River during his visit to the U.S. – Mexico border in Mission, Texas, U.S., January 10, 2019. REUTERS/Leah Millis

Trump has repeatedly said the wall and greater border security are needed because of a “crisis” at the border.