President Donald Trump trolled CNN’s senior White House correspondent Jim Acosta with a two-word tweet on Thursday night — after Acosta posted a video of himself walking alongside the border trying to prove that there was no crisis.

In the video Acosta posted, he wandered around steel slats on the border in McAllen, Texas, describing how “tranquil” it was.  “I found some steel slats down on the border. But I don’t see anything resembling a national emergency situation,” he said.

“We’re not seeing any imminent danger,” Acosta stated in the video. “There are no migrants trying to rush toward this fence. No sign of the national emergency the president has been talking about.” (RELATED: Sanders Thanks Acosta For ‘So Clearly Explaining Why Walls Work) 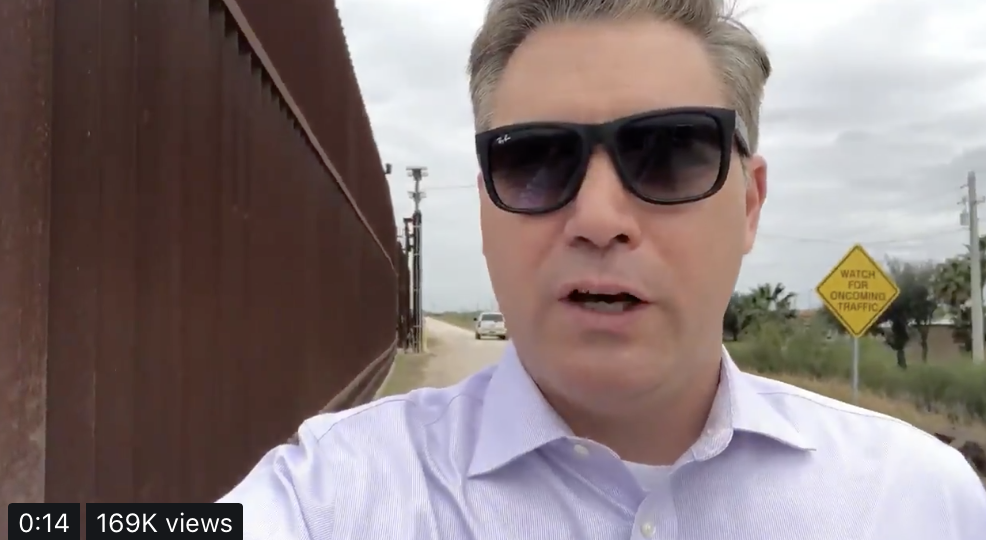 Many conservatives took to Twitter to thank Acosta for proving the point the Trump Administration has been trying to make all along — walls work. (RELATED: Elected Republicans Roast Jim Acosta For Inadvertently Providing Walls Work)

Acosta and Trump have a long and combative history. Back in November, Acosta refused to cede the floor to another reporter during a press conference following the midterm elections — in spite of the fact that the president had made it clear that he was moving on. Acosta refused to hand over the microphone to a White House intern. His White House press credentials were suspended but were later reinstated by a judge.

Trump’s visit to the border comes amid a partial government shutdown over funding for border security, as Democratic congressional leaders refuse to give the White House its requested funding for a border wall. The president explained earlier in the day Thursday that he “almost definitely” will resort to declaring a national emergency to get the funding.