In honor of the 48-year-old legendary rocker’s day, we took a look back at his career and found all the reasons he’s one of the greatest performers of our time, selling over 26 million albums to date.

Born in Romeo, Michigan, the “Joe Dirt” star — born Robert James Ritchie — has been rocking stages and the music world for more than two decades. With a background in a variety of musical genres, such as rock, country and hip hop, Ritchie got his first break in the music world as a self-taught rapper and disc jockey with the release of his debut album “Grits Sandwiches for Breakfast” in 1990. (RELATED: Kid Rock Blasts Anyone Who Takes A Knee For The National Anthem) 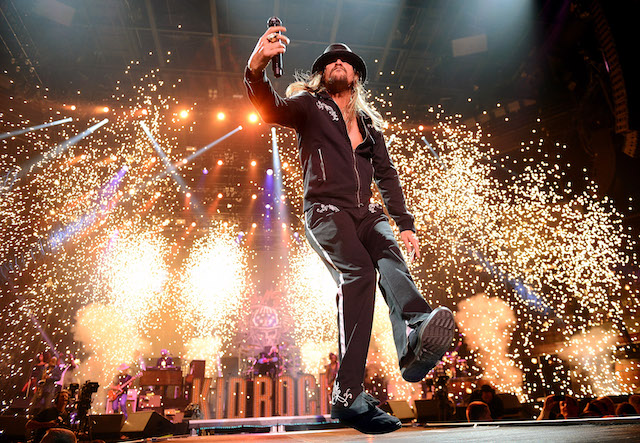 But it wouldn’t be until 1998 when he released his album titled “Devil Without A Cause” that he would become a world-wide celebrity. The catchy rock songs with a rap twist like, “Bawitdaba,” and “Cowboy,” became instant hits and his life would never be the same.

His music is clearly inspired by the the likes of such greats as Run DMC, AC/DC and southern rock legends Lynyrd Skynard, just to name a few. (RELATED: Kid Rock For US Senate In 2018?)

And this one with the great Hank Williams Jr. is another classic!

Performing all over the world, he continues to tour and recently was inducted into the WWE Celebrity Hall Of Fame.

The “Picture” hitmaker really created quite a buzz in 2017 in the political world when he dropped one hint after another that he was thinking of throwing his hat in the ring for the U.S. Senate seat in Michigan. Unfortunately, in the end he decided against it. But there’s always 2020!

Just this last year, the “All Summer Long” singer got the chance to go to the White House and met President Donald Trump. During the visit, he pointed at the media and let them know exactly what he thought of their coverage of the president. 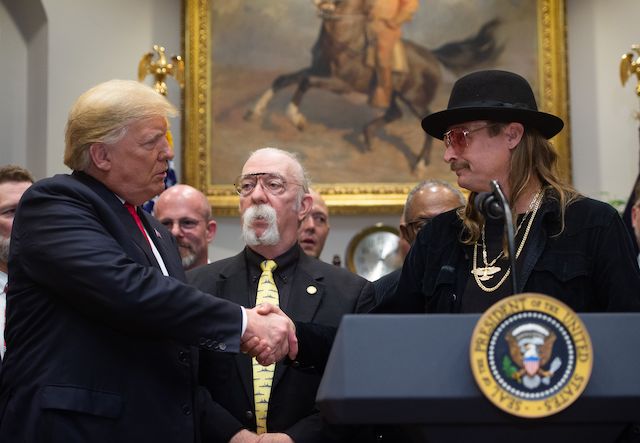 US President Donald Trump shakes hands with musician Kid Rock (R) after signing the Hatch-Goodlatte Music Modernization Act, a bipartisan bill aimed at ensuring artists who released records prior to 1972 are paid royalties from digital services, in the Roosevelt Room of the White House in Washington, DC, October 11, 2018. (Photo credit: LOEB/AFP/Getty Images)

During another appearance on Fox and Friends in November, Kid Rock, not one to be shy about his thoughts, let “The View” host know  what he thought of her when he shouted “screw that Joy Behar bitch.”

Not only is he one of the greatest performers of our generation, he’s one lucky man and has been romantically linked up to such jaw-dropping celebrities as Pamela Anderson, who he was briefly married to when the two tied the knot in July 2006 before she filed for divorce a few months later. 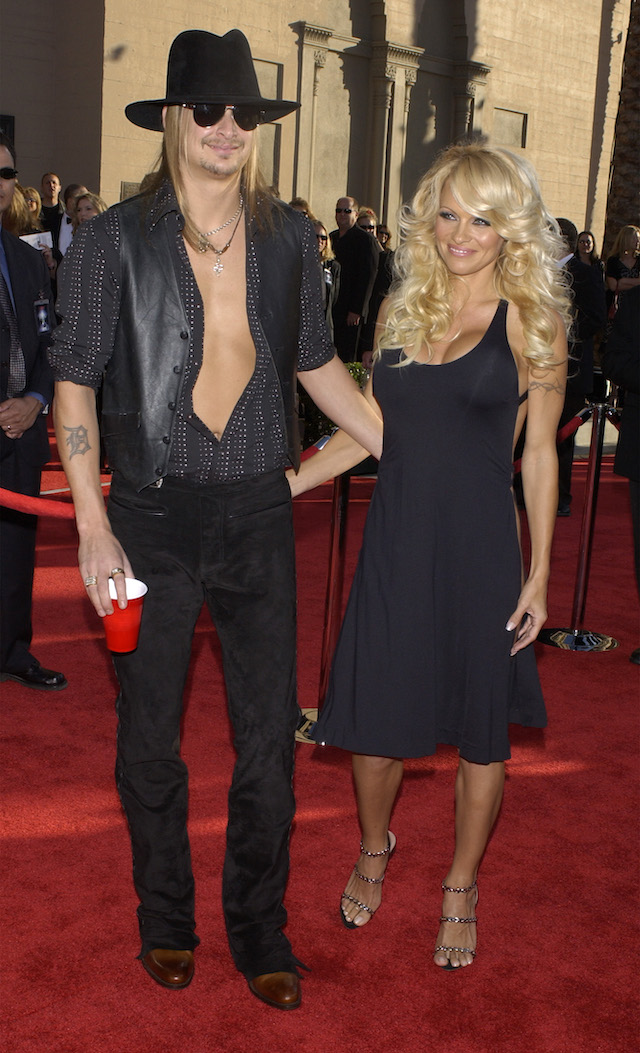 And did we mention how he’s truly one of the good guys? During the Christmas holidays, Ritchie proved once again to be the best when he paid off the layaway balances for 350 Walmart customers in the Nashville area.

@tylerperry Great idea! I followed your lead and paid off the layaway at my local Walmart in Nashville. Merry Christmas and God Bless You!

Here’s to hoping 2019 is his best year yet! Happy Birthday, Kid Rock!