The District of Columbia is fining a local Cuban restaurant $7,000 for seeking ID from a transgender person who used a women’s bathroom.

A gender neutral sign is posted outside a bathrooms at Oval Park Grill on May 11, 2016 in Durham, N.C.  (Photo by Sara D. Davis/Getty Images)

Clymer has promoted transgender rights through the Human Rights Campaign, a progressive group. Clymer recounted how, on the evening of June 22, 2018, a restaurant employee followed her into the bathroom and then, upon exiting, the restaurant manager requested identification. After a brief quarrel, Clymer showed the manager the legislation that protects the right to use the bathroom of a person’s choice. (RELATED: Education Department Stops Investigating Transgender Bathrom Gripes)

The D.C. Human Rights Act protects “gender identity or expression” in discrimination in housing, employment, public accommodations and educational institutions. The Trump administration is considering a federal policy that would end recognition of gender identity and define sex in a purely biological way. It is also trying to remove transgender military personnel from the armed forces. 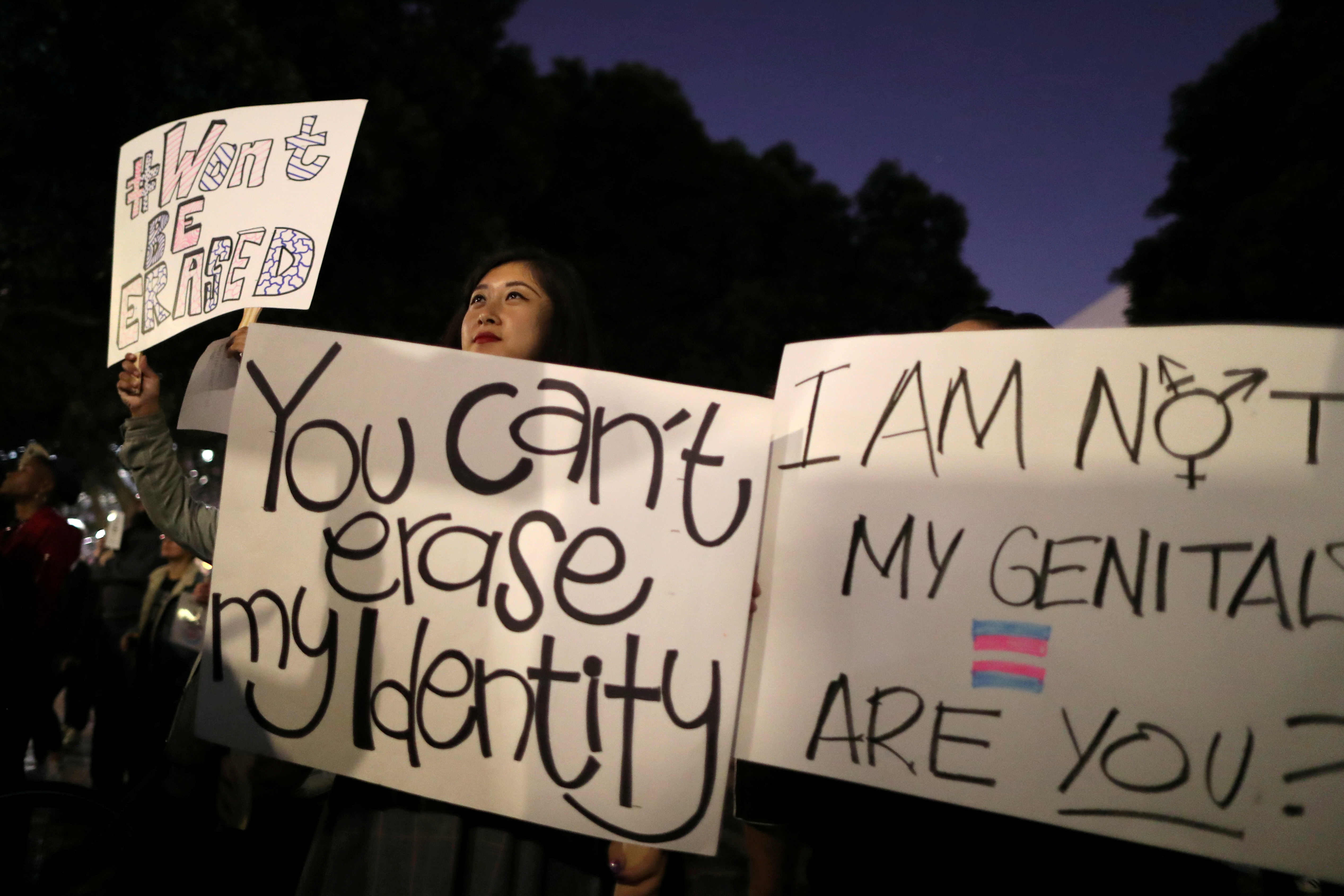 Further punishment came in the form of forcing restaurant staff to undergo transgender sensitivity training and to exhibit signage that proclaims “all individuals are allowed to use the restroom that corresponds to their gender identity or expression,” according to Racine’s statement. (RELATED: Scientists: Straight Biological Basis Of Gender Is Unscientfic)

Racine also promised that he would “clarify” the powers he has as attorney general to target those alleged to run afoul of the human rights act.

“The District’s laws reflect one of our residents’ most deeply-held values: that all people should be treated equally,” Racine told the Post. “With this settlement, Cuba Libre is required to maintain policies that will ensure this type of discrimination does not happen again.”

Cuba Libre co-owner Barry Gutin told the Post that his establishment has not only complied with the district’s ruling as far as the training and signs are concerned but is envisioning offering sensitivity training to other restaurants in town in order to “help understand the challenges of the LGBTQ community.”

“Our focus now is to help ensure safety for D.C.’s transgender community at all area restaurants,” he said.