Senate Majority Leader Mitch McConnell reportedly would like Secretary of State Mike Pompeo to run for an open Senate seat in Kansas, as Republican Sen. Pat Roberts announced he would be retiring earlier in January.

After Roberts, 82, made the announcement in his home state, Republican senators have been calling Pompeo, asking him to consider the run, reported The Washington Post. Senators were reportedly even considering Pompeo before Roberts officially made his announcement.

Pompeo previously served as a congressman from Kansas for three terms.

“I am announcing that I will serve the remainder of this term. However, I will not be a candidate in 2020 for a fifth Senate term,” Roberts said in his Jan. 4 speech. 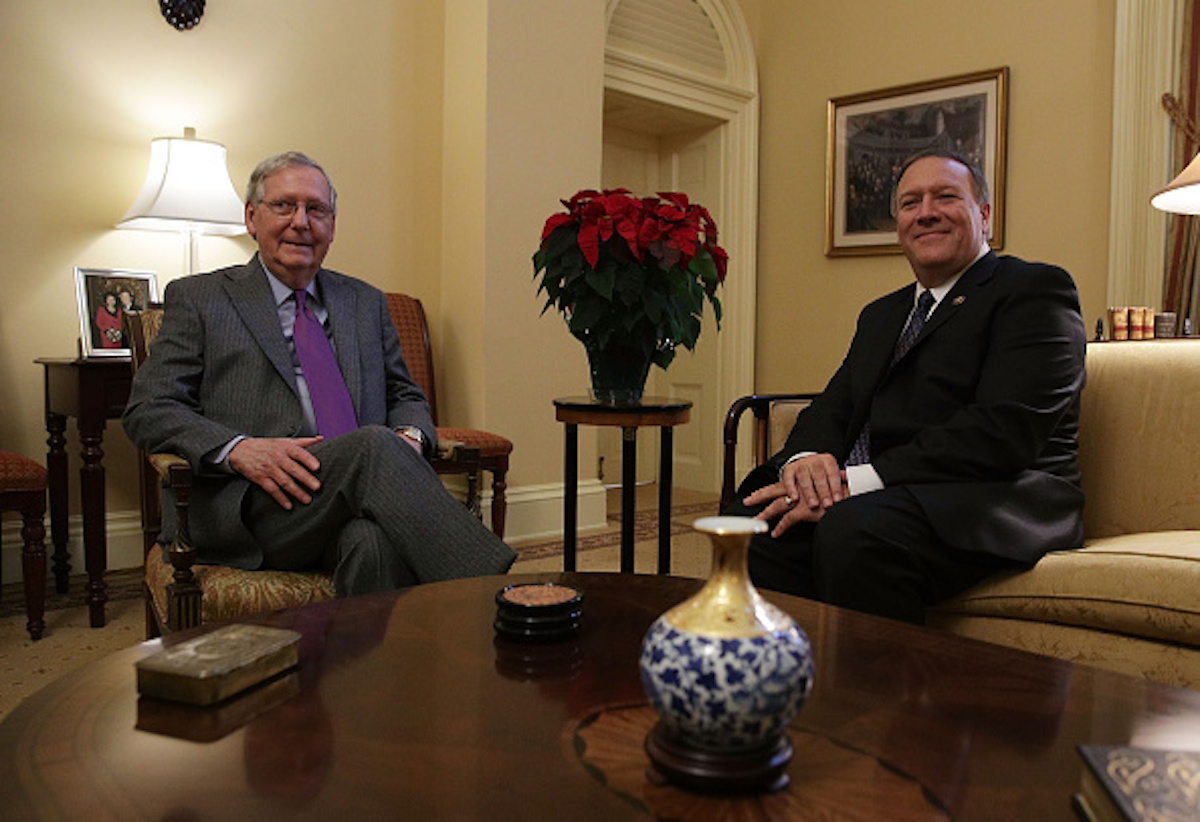 Multiple names are being floated as possible options for Robert’s seat in 2020 along with Pompeo, such as the congressman from his district, Republican Rep. Roger Marshall, and former Gov. Jeff Colyer.

“You’ll notice we did not contribute to that piece. If the Leader does say anything on this, I’ll be sure to forward,” McConnell’s office told The Daily Caller News Foundation.

Before serving in the Senate, Roberts served in the Marine Corps as a captain. He was elected to the House in 1981, where he served for seven terms. Roberts focused on agricultural policy and is the only lawmaker to have chaired both the House and Senate Agriculture Committees, passing eight farm bills throughout his time in Congress, and earning the nickname “Farm Guy” from President Donald Trump, according to The Kansas City Star. (RELATED: EXCLUSIVE: Sen Pat Roberts Will Announce Retirement)

Republicans have to fight to secure the seat, which Roberts held for so long, if they want to keep a majority in the Senate in 2020.