Gore said the so-called “dry corridor,” which includes El Salvador, Guatemala and Honduras, “is the most vulnerable region in the world to global warming.”

Thousands of Central American migrants have joined caravans headed for the U.S.-Mexico border in order to seek asylum. Most experts see them as economic migrants, coming to the U.S. for work, not fleeing global warming. (RELATED: Liberal Democrats Most Likely To Believe ‘Climate Deniers’ Deserve It When Hurricanes Hit, Researchers Say) 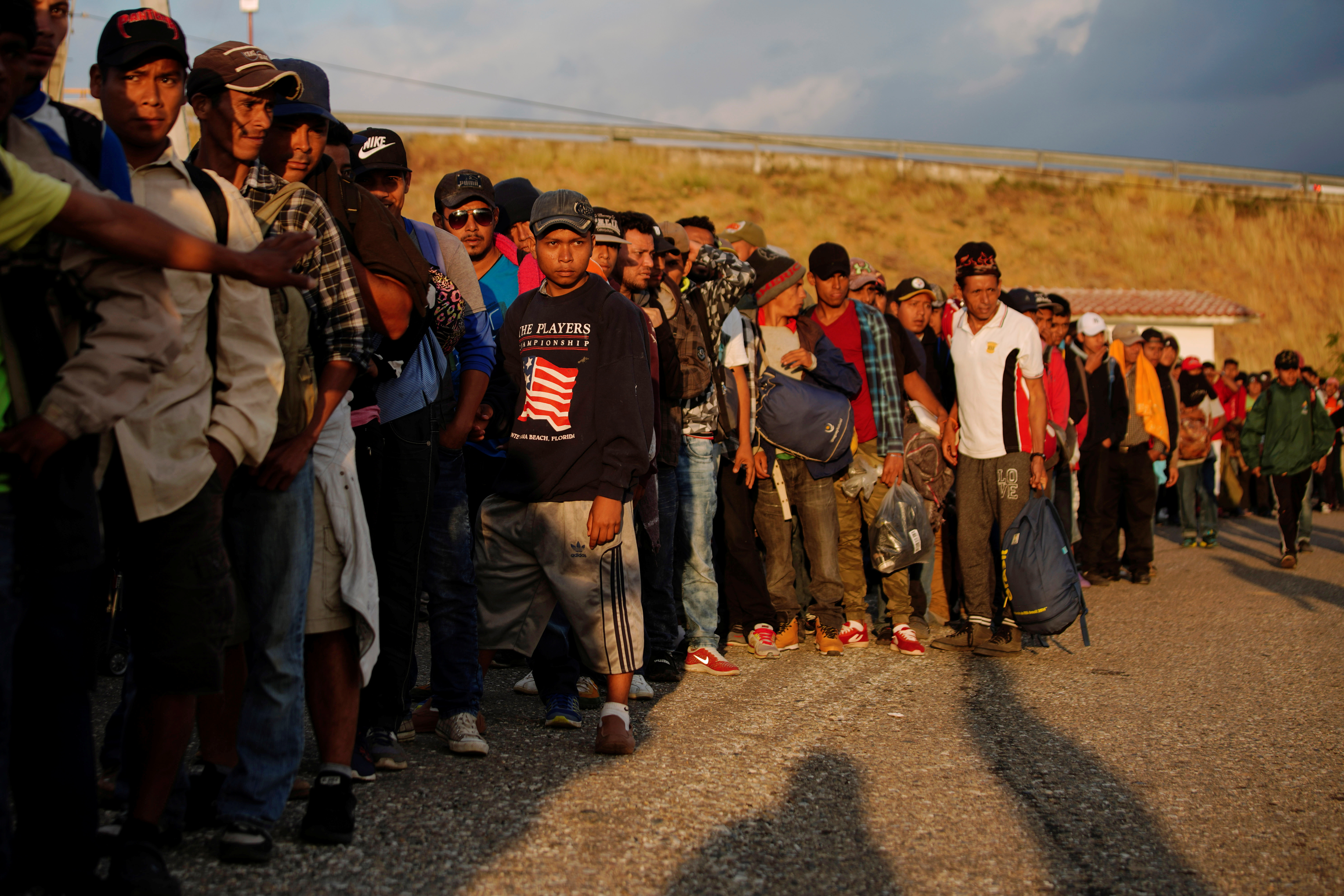 Migrants wait in line to get transportation during their journey towards the United States, in Ingenio Santo Domingo, Mexico, January 23, 2019. REUTERS/Alexandre Meneghini – RC118D968120

However, Gore is not the first to label the caravans “climate refugees.” It’s part of a broader media narrative to link the thousands joining U.S.-bound caravans to global warming.

For example, The Guardian ran a story in October citing alleged experts who “say the big picture is that changing climate is forcing farmers off their land and it’s likely to get worse.”

That same month, The Huffington Post said the migrant caravan “foreshadows” what’s to come with global warming. And E&E News called the caravan a “preview of climate migrations,” that is, people driven from their homes due to man-made global warming.

Conflict scholars have largely debunked many of the claims linking global warming to armed conflict and migration.

To stem the tide of migrants, Gore said the U.S. needs to bring more economic and job security to Central America and work with the region’s governments “so they are not driven away from their homes.”