President Donald Trump was appalled by a string of bigoted events occurring within the Democratic Party and affiliated institutions, in an exclusive Oval Office interview with The Daily Caller on Wednesday.

“I think it’s a crisis for our country,” Trump said after The Daily Caller noted a series of religiously bigoted incidents, including: 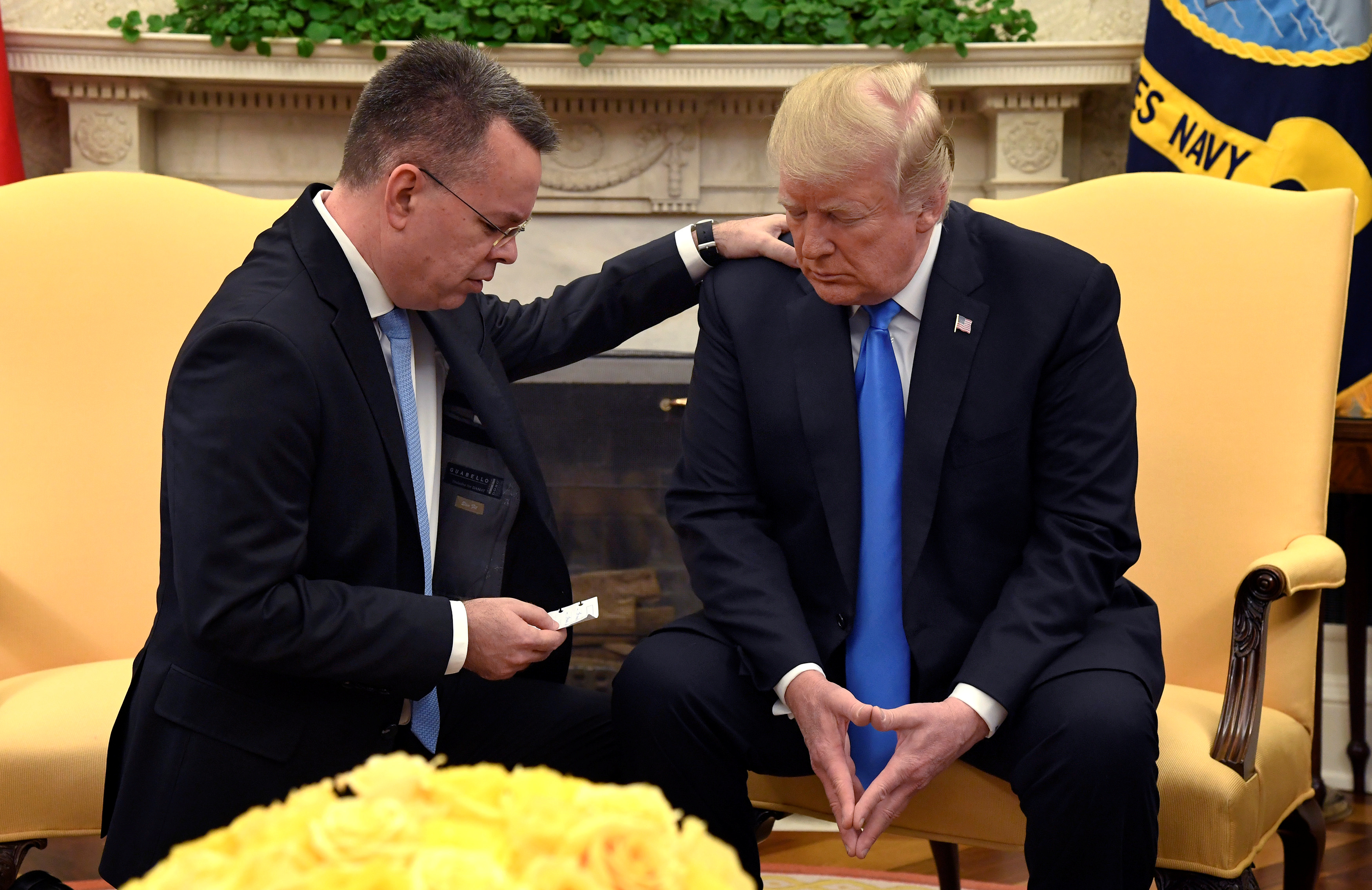 U.S. President Donald Trump closes his eyes in prayer along with Pastor Andrew Brunson, after his release from two years of Turkish detention, in the Oval Office of the White House, Washington, U.S., October 13, 2018. REUTERS/Mike Theiler

Trump also pointed to a recent Democratic House Natural Resources Committee effort to strike “so help me God” from oaths issued to witnesses. “Do you solemnly swear or affirm, under penalty of law, that the testimony that you are about to give is the truth, the whole truth, and nothing but the truth?,” the new text would have read. (RELATED: Nathan Phillips And Other Protesters Storm DC Basilica, Demand Punishment For Covington Boys)

“Took the phrase off of a document and I said, ‘Where are we going?'” Trump lamented.

Mike Brest contributed to this report.