Failed gubernatorial candidate Stacey Abrams will star in a Super Bowl commercial on Sunday to talk about her campaign for election reform.

“Every vote should be counted from every corner of our state,” Abrams says in the 30-second advertisement, which is set to air during the Super Bowl in numerous Georgia regional markets. “Join us in the fight for election reform. Take a selfie and share your support.”

The Georgia Democrat was joined by Natalie Crawford, a GOP county commissioner who also faced a close election in 2018, giving the ad a tinge of bipartisanship.

The commercial — which will cost roughly $100,000 and also be featured digitally — is the latest in Abrams’ campaign to change Georgia’s voter laws. After losing a close gubernatorial election in November, the former Democratic leader of the Georgia state House has continued to claim she was a victim of voter suppression.

Despite losing to former GOP Georgia Secretary of State Brian Kemp by a margin of over 54,700 votes on Election Day, Abrams waited several days until she acknowledged she wouldn’t be the next governor of Georgia. She has since maintained, without evidence, that Kemp used his position as secretary of state to tilt the election in his favor.

Abrams went on to launch Fair Fight Action, a voting rights group that is behind the Super Bowl ad and actively suing Georgia over its electoral policies. 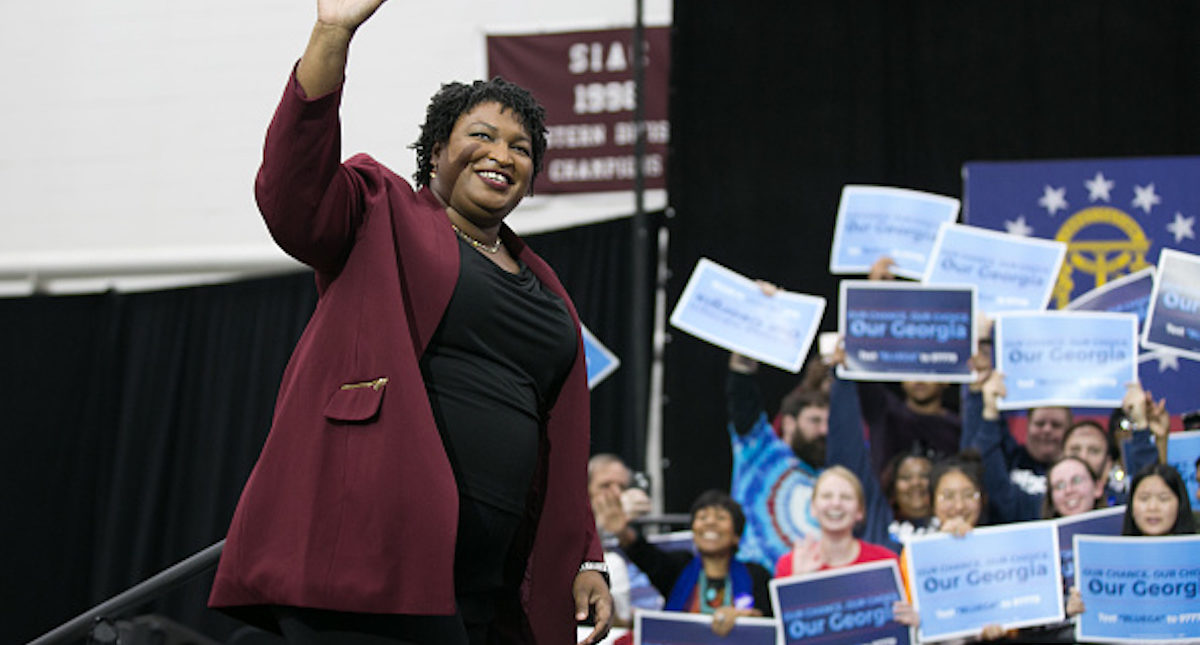 The former romance novelist has actually seen her stock rise within her party since losing. National Democrats are pressuring her to launch a 2020 Senate campaign against Republican Georgia Sen. David Perdue, and Senate Minority Leader Chuck Schumer has chosen her to deliver the response to President Donald Trump’s State of the Union speech on Tuesday. (RELATED: Stacey Abrams Compares Her Loss To Missed Call At NFC Title Game)

While she reportedly would rather make another run for governor in 2024, Abrams has given herself until March to decide on a senatorial campaign. In the meantime, she has launched a “Thank You” tour across the state, talking to voters and testing the waters.