A progressive activist who worked on New York Rep. Alexandria Ocasio-Cortez’s campaign and helped draft an outline for a “Green New Deal” characterized the global warming plan as a “proposal to redistribute wealth.”

“America’s ruling class is freaking out about [Ocasio-Cortez’s] proposal to redistribute wealth and power from the people on top to the people on the bottom,” Waleed Shahid tweeted Tuesday, referring to a Fox News segment on the “Green New Deal.”

America’s ruling class is freaking out about @AOC’s proposal to redistribute wealth and power from the people on top to the people on the bottom.  pic.twitter.com/TQkh0uzk3A

Shahid, the communication director for Justice Democrats and former policy director for Cynthia Nixon’s gubernatorial campaign, is among a handful of activists and staffers who wrote the initial draft of the “Green New Deal.”

The plan “was written over a single December weekend by the staff of the freshman representative Alexandria Ocasio-Cortez and three like-minded progressive groups,” The New Yorker reported in January.

That group included Shahid, Ocasio-Cortez’s Chief of Staff Saikat Chakrabarti and the leaders of the Sunrise Movement, an environmental group, who were in their 20s, according to the report. (RELATED: Ocasio-Cortez Gives Advice On How Teens Can Reduce Their CO2 Footprints)

What resulted from the collaboration was “Green New Deal” legislative text that called for eliminating fossil fuels within 10 years and putting a slew of social welfare programs in place, including universal health care. 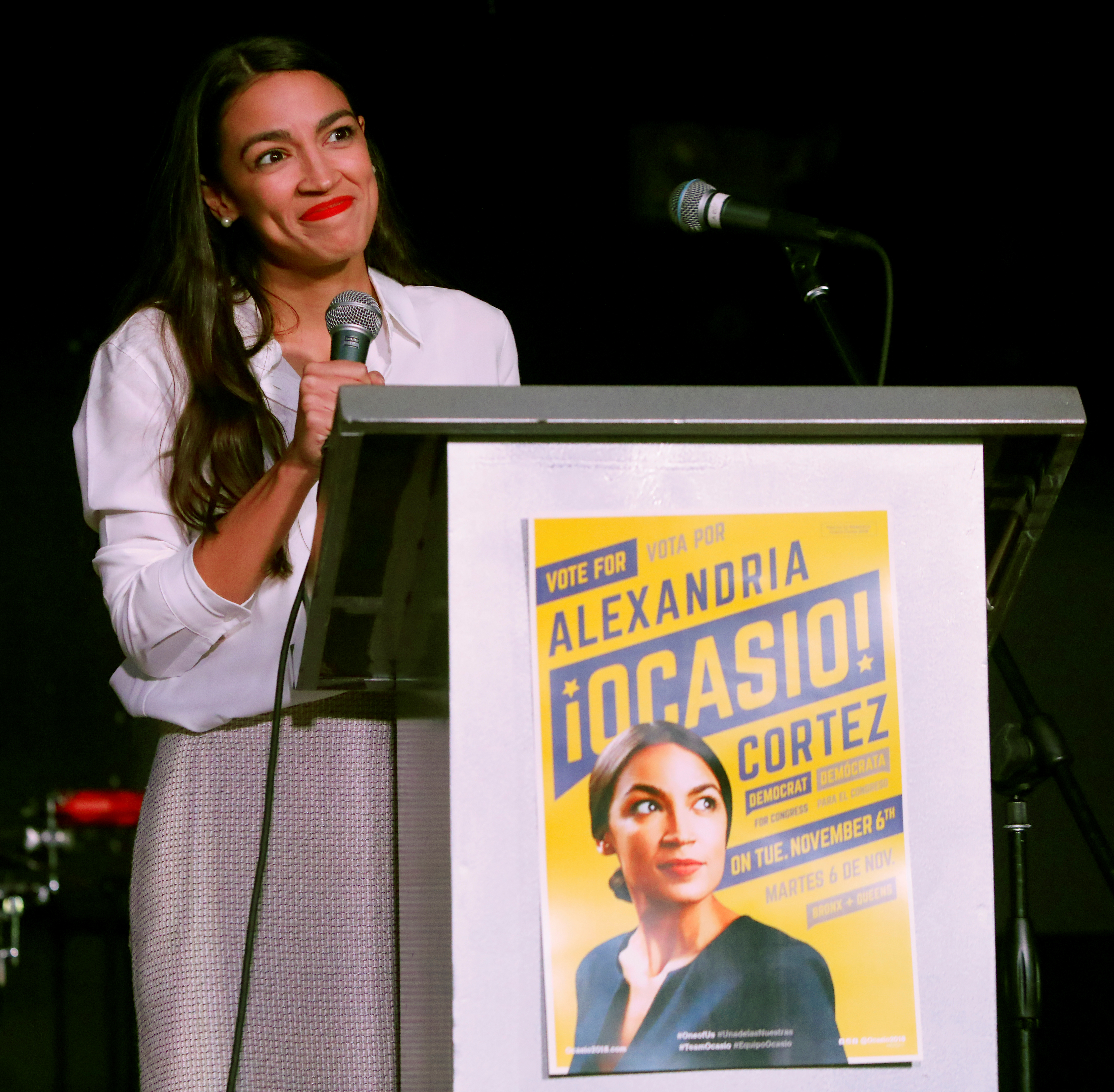 Indeed, Ocasio-Cortez envisions the “Green New Deal” as a way to “establish economic, social and racial justice in the United States of America,” according to remarks she made at an event in 2018. The New York Democrat made those remarks on a panel with Vermont Independent Sen. Bernie Sanders, a “Green New Deal” supporter and potential 2020 candidate.

Ocasio-Cortez is set to unveil “Green New Deal” legislation soon. The House resolution has nine co-sponsors, according to a letter Ocasio-Cortez sent to colleagues, which says the bill will also “promote justice and equity by preventing current and repairing historic oppression to frontline and vulnerable communities.”

Ocasio-Cortez wrote that “Green New Deal” legislation included net-zero greenhouse gas emissions within 10 years “through a fair and just transition for all communities and workers” and creating “good, high-wage jobs.”

The plan would also pour money into infrastructure and “promote justice and equity by preventing current and repairing historic oppression to frontline and vulnerable communities.”

Massachusetts Democratic Sen. Ed Markey will release a companion bill in the Senate. Neither version of the “Green New Deal,” however, is expected to pass Congress.