A “Green New Deal” FAQ page posted on Ocasio-Cortez’s congressional website says a “Green New Deal” Would guarantee “[e]conomic security to all who are unable or unwilling to work.” In other words, people who may not want to work.

However, Ocasio-Cortez’s staff seemed to have taken the FAQ off their website as of Thursday afternoon.

The same line is on the FAQ Ocasio-Cortez’s staff gave to NPR along with the actual text of the resolution. The “Green New Deal” resolution’s actual text simply calls for “economic security for all people of the United States.”

The legislative test puts “economic security” on a list of things the government should provide, including “high-quality health care,” “affordable, safe, and adequate housing” and “access to clean water, clean air, healthy and affordable food, and nature.”

Ocasio-Cortez unveiled her “Green New Deal” resolution Thursday alongside Democratic Massachusetts Sen. Ed Markey, who introduced a companion bill in the Senate. Markey’s bill is co-sponsored by 2020 presidential contenders, including Cory Booker of New Jersey and Kamala Harris of California.

I’m proud to co-sponsor @AOC and @EdMarkey‘s Green New Deal. We must aggressively tackle climate change which poses an existential threat to our nation. 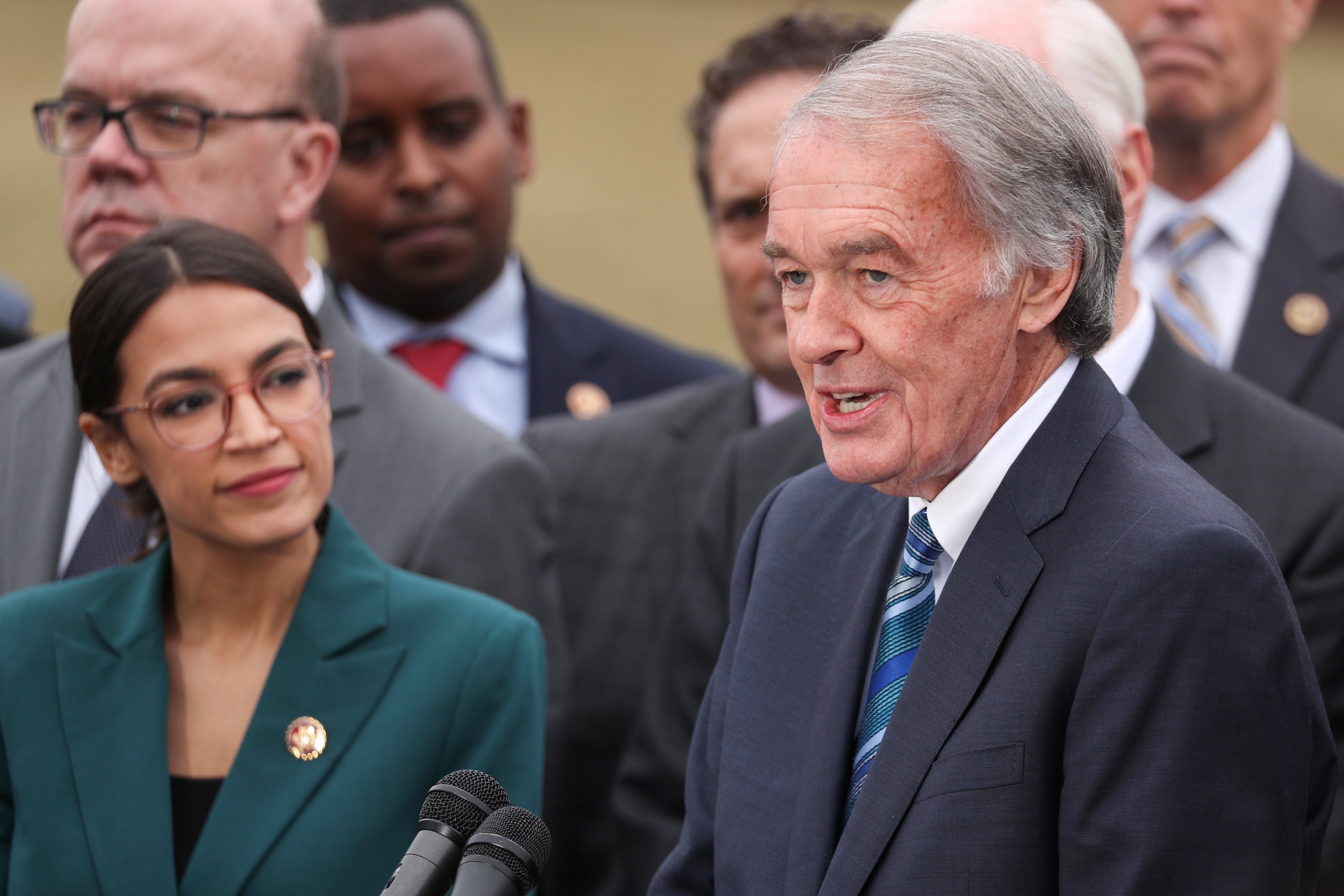 Ocasio-Cortez said the House version had more than 60 co-sponsors, including Democratic Hawaii Rep. Tulsi Gabbard. The bill is unlikely to pass the House and has zero chance of passing the Senate.

House Democratic leadership hasn’t lined up behind the “Green New Deal.” House Speaker Nancy Pelosi dismissed the resolution as a “suggestion” that would only be an option her party considered.

“No, I think it is a green dream,” Ocasio-Cortez responded at an event Thursday to promote her resolution. “I think that all great American programs, everything from the Great Society to the New Deal. Started with a vision for our future, and I don’t consider that to be a dismissive term. I think it’s a great term.”