President Donald Trump defended his plan to build a southern border wall on Twitter Sunday by citing the CEO of Gallup, who wrote that “open borders could potentially attract 42 million Latin Americans” on Friday.

“Gallup Poll: ‘Open Borders will potentially attract 42 million Latin Americans.’ This would be a disaster for the U.S. We need the Wall now!” Trump wrote on Twitter Sunday.

Gallup Poll: “Open Borders will potentially attract 42 million Latin Americans.” This would be a disaster for the U.S. We need the Wall now!

Gallup Chairman and CEO Jim Clifton published a blog Friday titled “What If There Were 42 Million At The Border?” (RELATED: Trump Weighs In On ‘Hatred And Scorn’ From Democrats At Hearing With Matthew Whitaker)

“Rather than find a solution for the several thousand potential migrants currently at the border, let’s start by answering the bigger, harder question — what about the 42 million who would like to come?” Clifton wrote. “What is the message to those millions who will seek entrance either legally or illegally? What should we tell them?”

Gallup’s Migration Research Center polled adults in Latin America (which is made up of 33 countries, some of which are in the Caribbean). Twenty-seven percent said they wanted to leave their country permanently, and 35 percent of those wanted to move to the U.S. 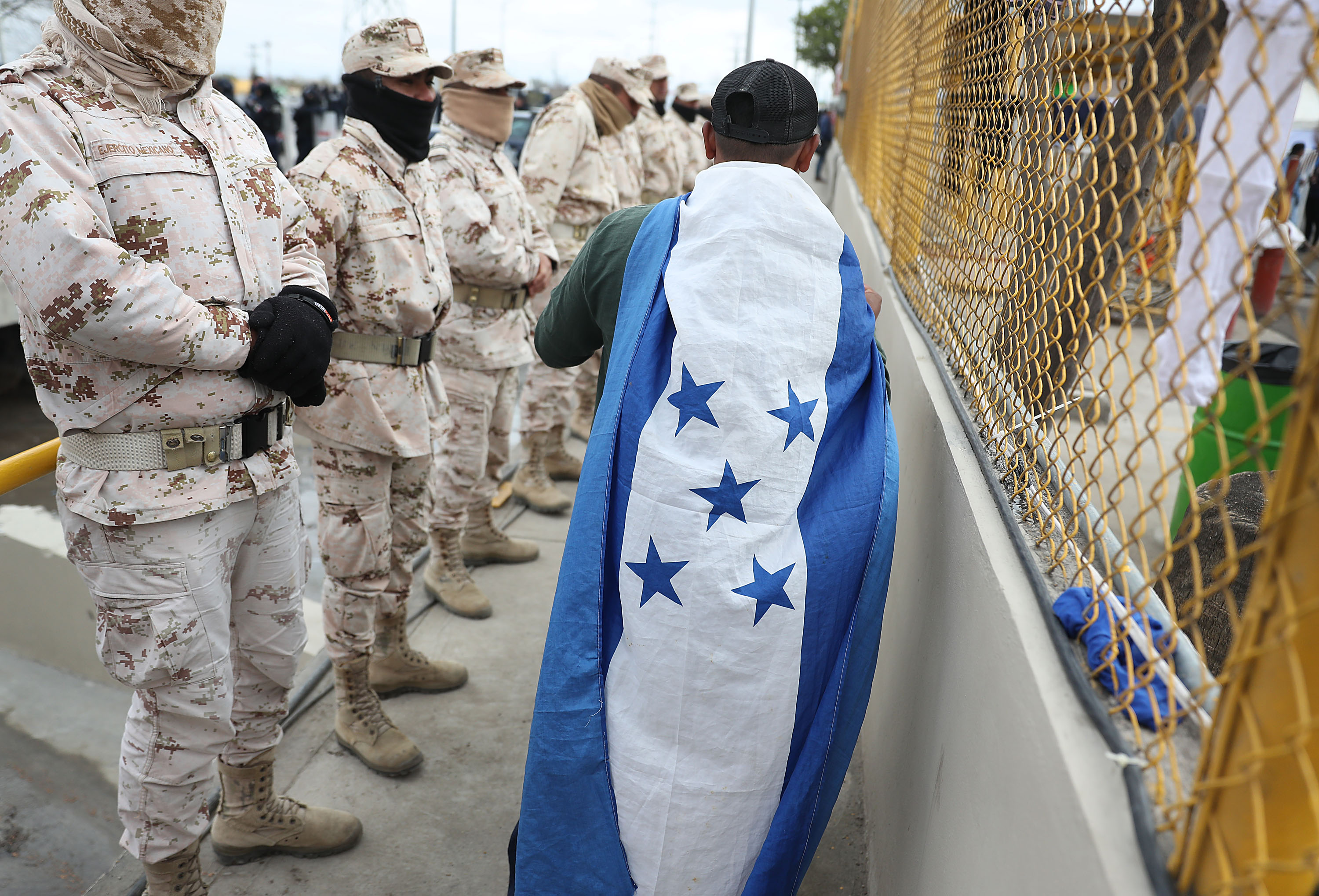 Jose Martinez, from Honduras, wears his countries flag as he joins other migrants, most of whom are part of a recently arrived caravan, at a migrant hostel as they wait to apply for asylum in to the United States on February 09, 2019 in Piedras Negras, Mexico. (Photo by Joe Raedle/Getty Images)

“The Gallup analytics estimate is that 42 million want to come to the U.S,” Clifton wrote. “Forty-two million seekers of citizenship or asylum are watching to determine exactly when and how is the best time to make the move. This suggests that open borders could potentially attract 42 million Latin Americans. A full 5 million who are planning to move in the next 12 months say they are moving to the U.S.”

Trump has promised to build a southern border wall since his 2016 campaign. His wall talk comes on the heels of a historically long partial government shutdown over border wall funding. Now another shutdown could be on the horizon as Democrats and Republicans continue to struggle to find a compromise ahead of a Feb. 15 deadline.

Trump has accused Democrats of being against border security for refusing to fund a border wall.