The Catholic Church officially recognized that it has internal guidelines in place governing procedures when clerics father children, The New York Times reports.

The admission may be the first of its kind and comes days before the Vatican hosts a meeting with bishops from around the world on child sexual abuse within the church.

“I can confirm that these guidelines exist,” Vatican spokesman Alessandro Gisotti told TheNYT in a statement. “It is an internal document.” (RELATED: Vatican Defrocks Ex-Cardinal McCarrick After Decades-Old Sexual Abuse Allegations)

The guidelines’ “fundamental principle” is the “protection of the child.” It “requests” that the cleric who fathers a child leave the priesthood to “assume his responsibilities as a parent by devoting himself exclusively to the child,” Gisotti said.

The “request” is a formality, Monsignor Andrea Ripa, the under-secretary in the Congregation for the Clergy, told TheNYT. Mandating the cleric leave the priesthood is impossible, but “if you don’t ask, you will be dismissed.”

The Catholic Church has dealt with fallout over sexual abuse within the church for months. In August 2018, a Pennsylvania grand jury released a report detailing rampant child sexual abuse by “predator priests” across six dioceses. Several other states launched their own investigations in the aftermath.

The report caused ripple effects that reached into the highest levels of the Catholic Church and into the Vatican. Vatican officials voted to defrock former Cardinal Theodore McCarrick after an internal investigation into sexual abuse allegations made against him, the church announced Saturday. 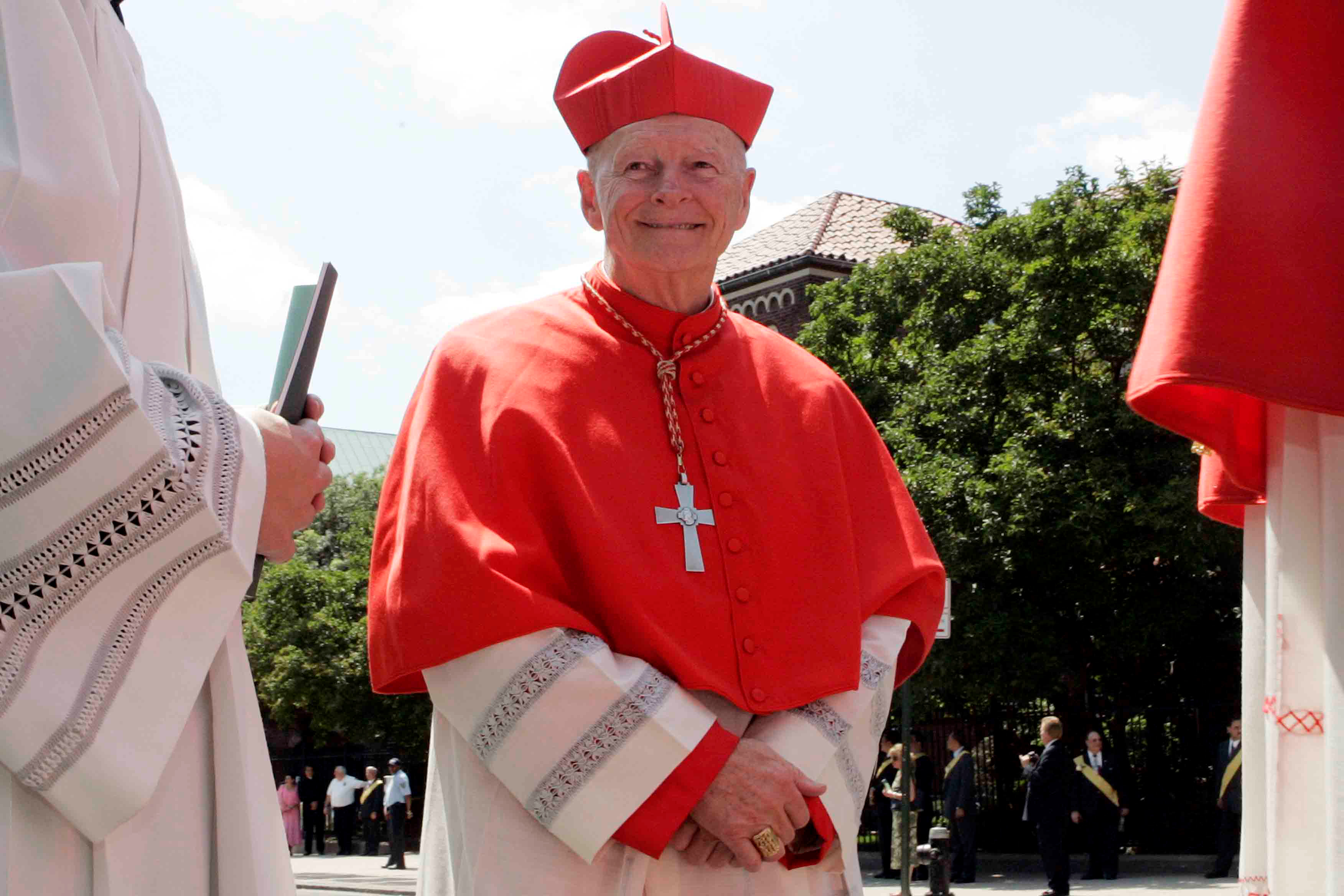 Retired Cardinal Theodore McCarrick walks in a procession of bishops as it makes its way through the Bayridge neighborhood of the Brooklyn Borough of New York for the ordination of three auxiliary bishops to the Roman Catholic Diocese of Brooklyn August 22, 2006. REUTERS/Keith Bedford

Prominent Washington, D.C., Catholics say Cardinal Donald Wuerl, former archbishop of D.C., should be held to account for knowing about McCarrick’s abuse but did nothing to stop it. Wuerl took over the position of archbishop from McCarrick.

Wuerl resigned as archbishop in wake of the criticism, and he was praised by Pope Francis as a model bishop.