A major schism looms over the United Methodist Church (UMC) as the denomination’s international conference grapples with whether or not to allow homosexual clergy and same-sex marriage.

Members of the denomination’s Legislative Committee rejected two proposed plans of reform Tuesday, the One Church Plan and the Simple Plan, that would have allowed churches to decide their policies on LGBT issues on an individual basis. The committee has advanced a third proposal, the Traditional Plan, which would strengthen denominational penalties for violating the ban on same-sex marriage and gay clergy. (RELATED: US Mennonite Church Splits Over Homosexuality)

More than half of the 864 General Conference delegates voted down the One Church plan. Supporters of the plan lamented that the Legislative Committee did not approve it to be brought up for a vote in Tuesday’s plenary session in St. Louis, but noted that the proposal would still be brought up in a minority report in that session.

“We keep talking about trying to be united, but, in fact, we continue to talk about being divided. It is better to be divided by truth than to be united in error,” Merab said, according to Religion News Service.

The One Church plan would have rescinded restrictions on LGBT clergy and marriage and allowed individual churches and regional conferences to choose whether to allow them or not. The Simple Plan would have removed all references to “the practice of homosexuality” from the denomination’s Book of Discipline.

The Traditional Plan, by contrast, would add language to the denomination’s policies that states “the practice of homosexuality is incompatible with Christian teaching” and that “self-avowed practicing homosexuals” are barred from serving, ordination, and marriage in UMC churches.

Church leaders on both sides of the debate threatened a denominational split ahead of the UMC General conference. More than 1,000 churches have joined the theologically conservative Wesleyan Covenant Association in pledging to split from the denomination should it rescind restrictions on LGBT ordination and marriage.

Rev. Forbes Matonga, a delegate from Zimbabwe, said that African congregations would leave the denomination if the general conference approved allowances for homosexual marriage and clergy, according to The Wall Street Journal.

Pastor Rob Renfroe, who shares Matonga’s view on homosexuality, said that a split was all but inevitable.

“We’re in a cage match. The loser can’t get up off the mat. The winner is beaten up, bloody, battered,” Renfroe told WSJ.

Even supporters of LGBT ordination and marriage suggested that a split would be best.

Pastor Frank Schaefer, who officiated his gay son’s wedding, said “It’s better for our LGBTQ community if we split.”

Years of theologically liberal clergy flouting the denomination’s rules by performing gay marriages or coming out as homosexual built up the tension between traditionalists and reformists in the UMC. That tension has come to a head, but some say the threats of leaving the denomination are empty, as none of the proposals clarify whether congregations would be allowed to keep their church properties if they left in disagreement over whichever proposal the general conference adopts. 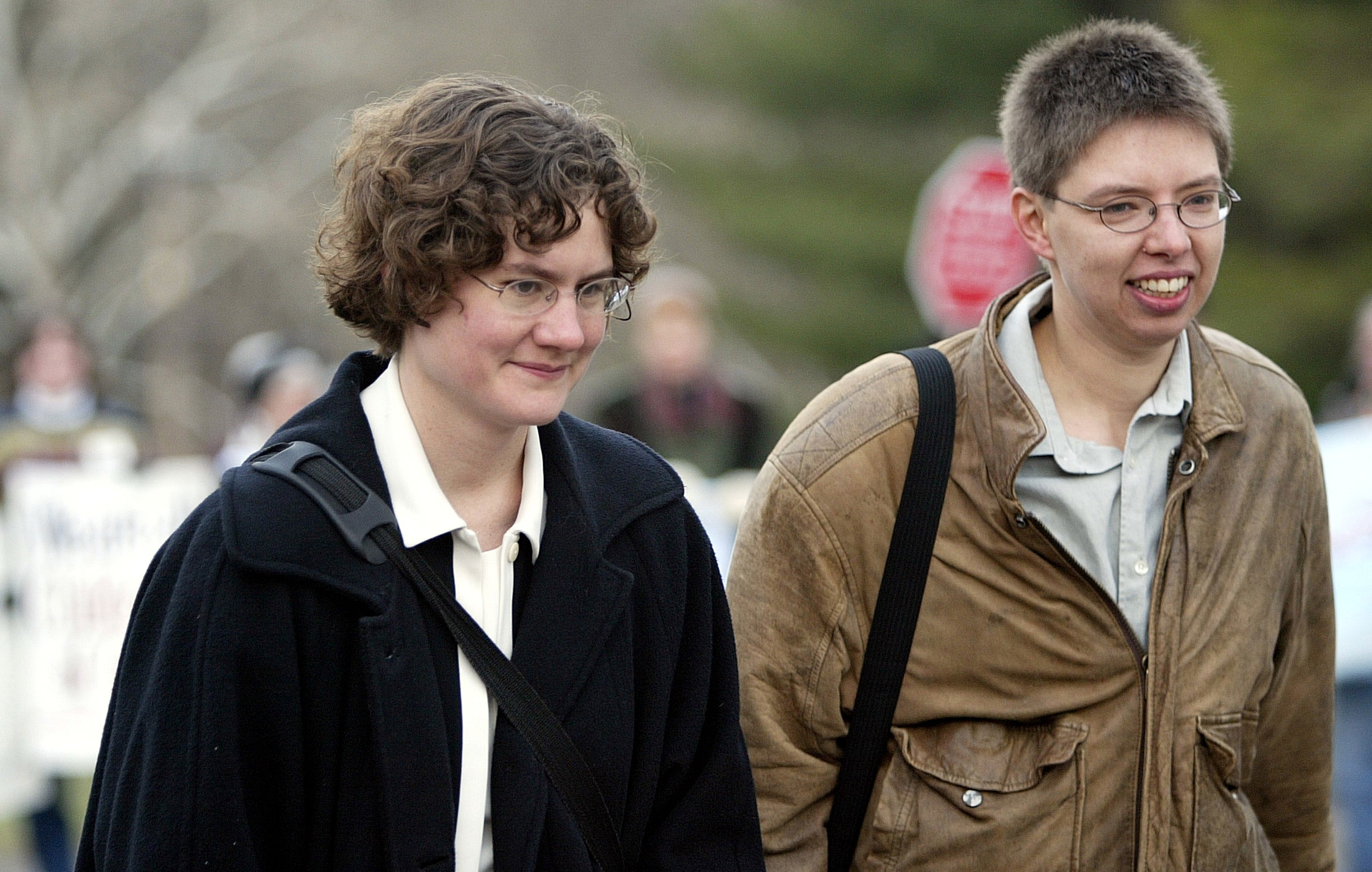 Rev. Irene Elizabeth Stroud (L) walks with her partner, Chris Paige, toward the gymnasium at Camp Innabah on the second day of Stroud’s trial in Pughtown, Pennsylvania, December 2, 2004. Stroud, a Methodist minister facing a church trial for being a practicing homosexual said on Wednesday that she believes God created her as a lesbian but she does not expect to keep her job. – Getty

“All of this comes down to money. If people wanted to leave, they would have left a long time ago, but they would have had to give up their buildings and their pensions,” said pastor and LGBT advocate Mandy McDow.

Others like John Lomperis, the director of United Methodist Action, claim that faith and principles override the more material consequences of a split.

“I cannot be faithful to God while also being part of a church that has made this change,” Lomperis told WSJ. “Are we willing to abandon what scripture teaches to follow the secular Western culture?”